Pretty Packaging: THE RED TURTLE Gets A Glorious French Release

Ard Vijn
Editor, Europe; Rotterdam, The Netherlands (@ardvark23)
Tweet Post Submit
(It almost would end up on my list of "ten things to bring with you if you went to a deserted island"...)

It's been a few years already since we got the news that Studio Ghibli was mothballing itself with regards to feature films, and thankfully rumor has it that Miyazaki Hayao is feeling mighty restless again. But there was actually a Studio Ghibli film in cinemas this year, albeit not an anime one. Co-produced by Suzuki Toshio and with art direction by Takahata Isao, we got the French-Belgian film The Red Turtle, helmed by dutchman Michael Dudok de Wit.

A simple story stunningly told, the film has netted critical acclaim and awards from all over the world. In his review our Ryland Aldrich called the film "a sublime examination of what makes us human and is a film that is not to be missed." True words, all of them.

The good thing about this being a French film is that you can bet that the French will release a kick-ass edition of it, as they have a strong disc-pimping culture going on. And indeed, The Red Turtle got the royal treatment, by Wild Side Video no less. Their Snowpiercer release is a highlight in my collection, so it was with delight when I saw that they had lavished a similar love upon this film. Their releases tend NOT to be English-friendly, but seeing as how The Red Turtle doesn't have any dialogue in it, well... as long as you don't need subtitles for the hard-of-hearing, how will you even notice?

And this is one pretty release, so here is a gallery of shots. Click on the edge of the pictures to scroll through them, or at the center of each to see a bigger version. 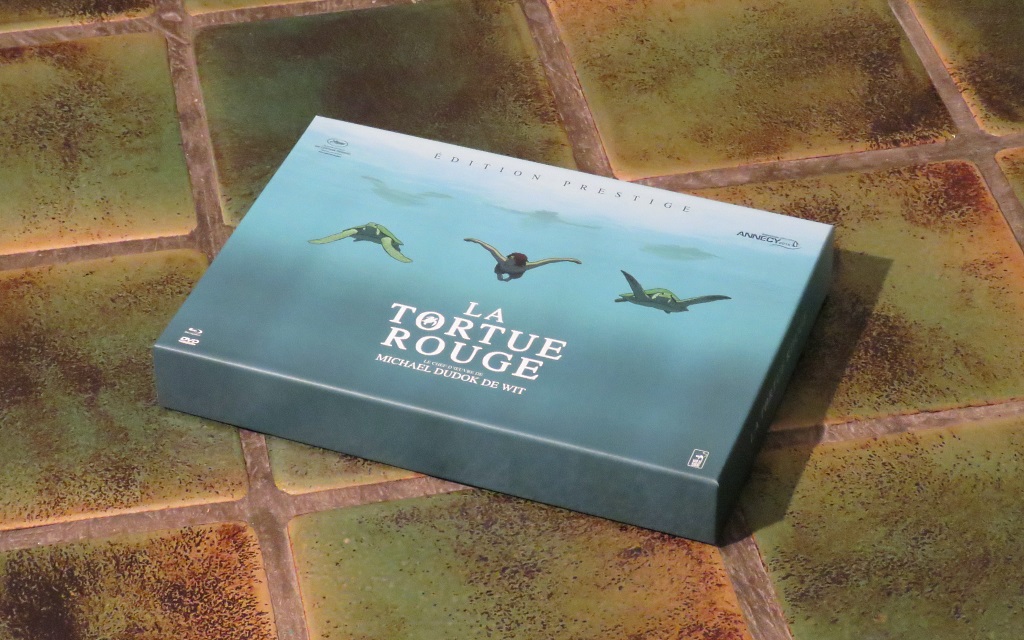 And here it is: a big cardboard box, decorated in the sparse-yet-beautiful style used for the film itself. 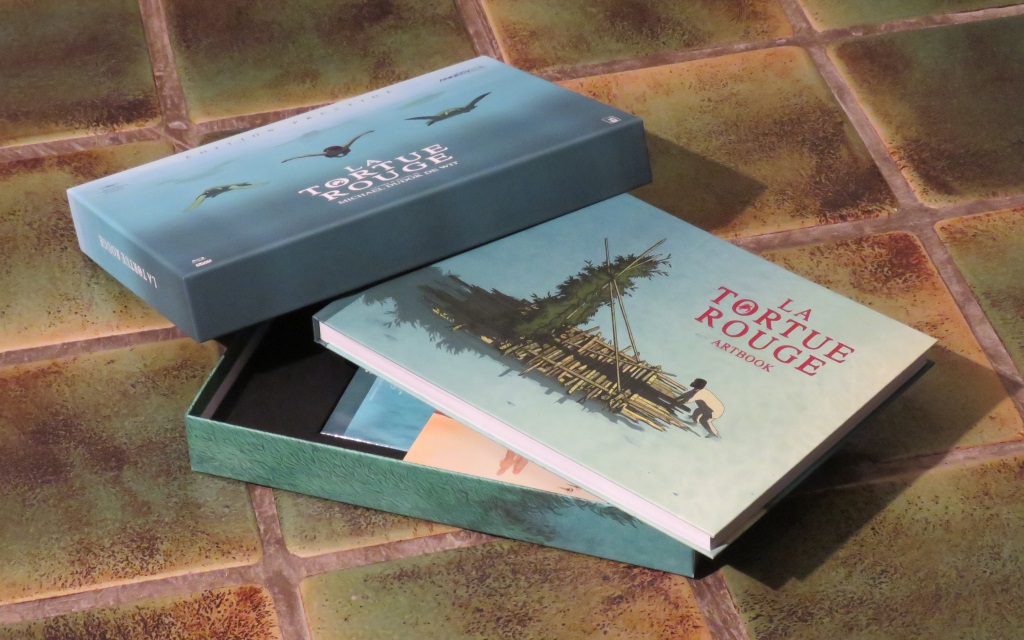 In the box are the film in a slipcased digipak, a whopping big art-book and the soundtrack CD. 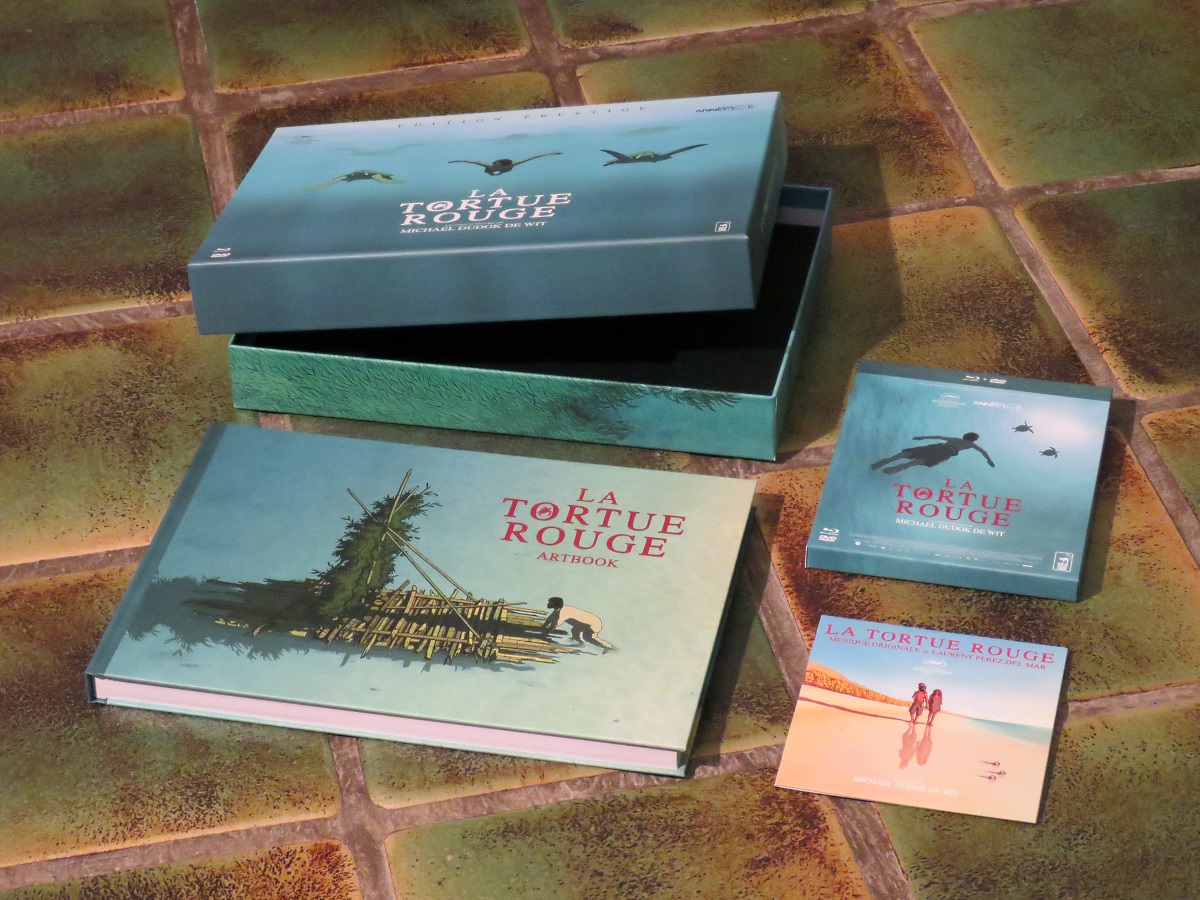 All contents removed. Look at the size of that art-book! 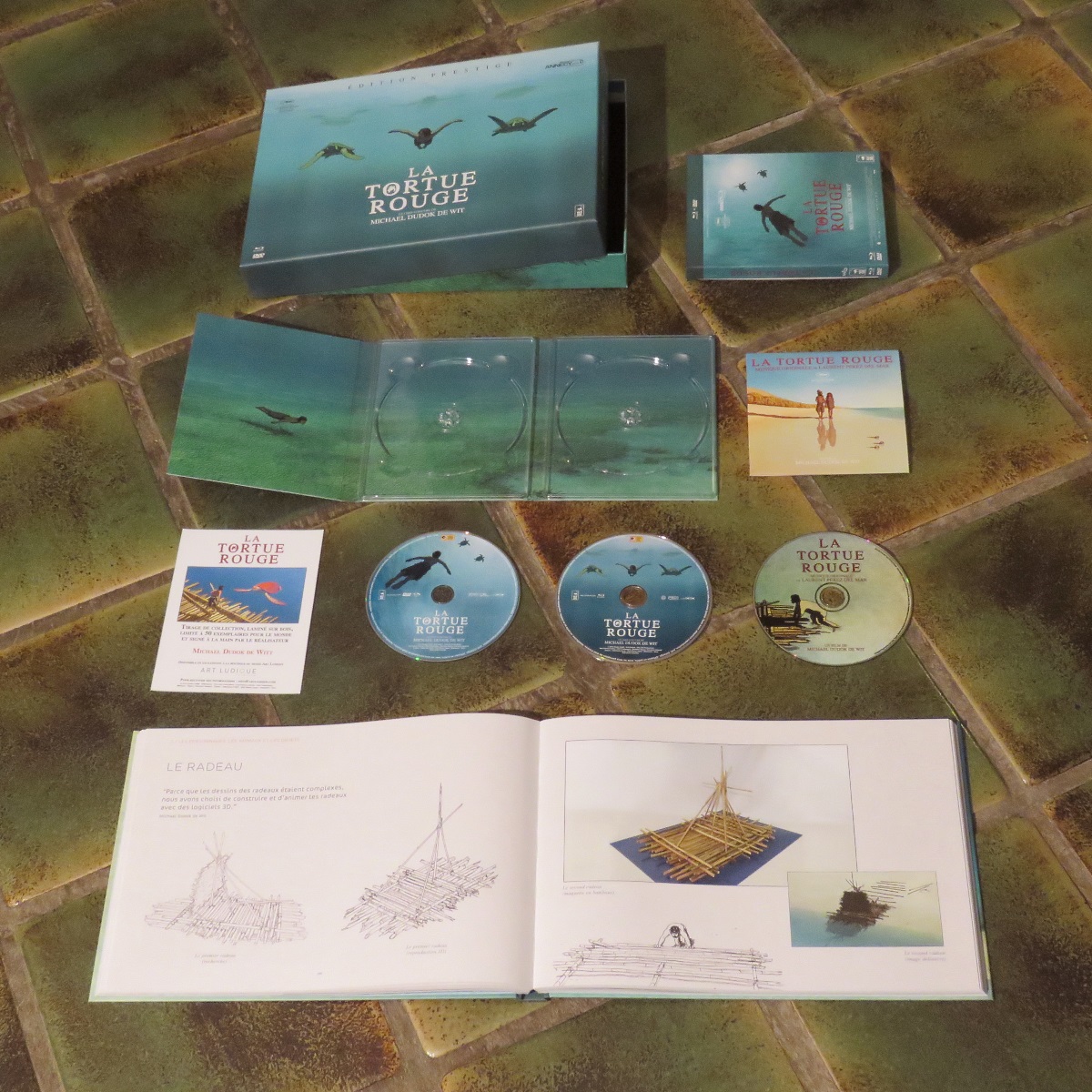 All contents opened. The film is there on DVD and Blu-ray, and it has an impressive set of extras, including the short films Father and Daughter, The Aroma of Tea and The Monk and the Fish, which attracted Studio Ghibli to working with Michael Dudok de Wit.

And as The Red Turtle relies heavily on Laurent Perez Del Mar's excellent soundtrack, having it here in this release on CD is a great extra! 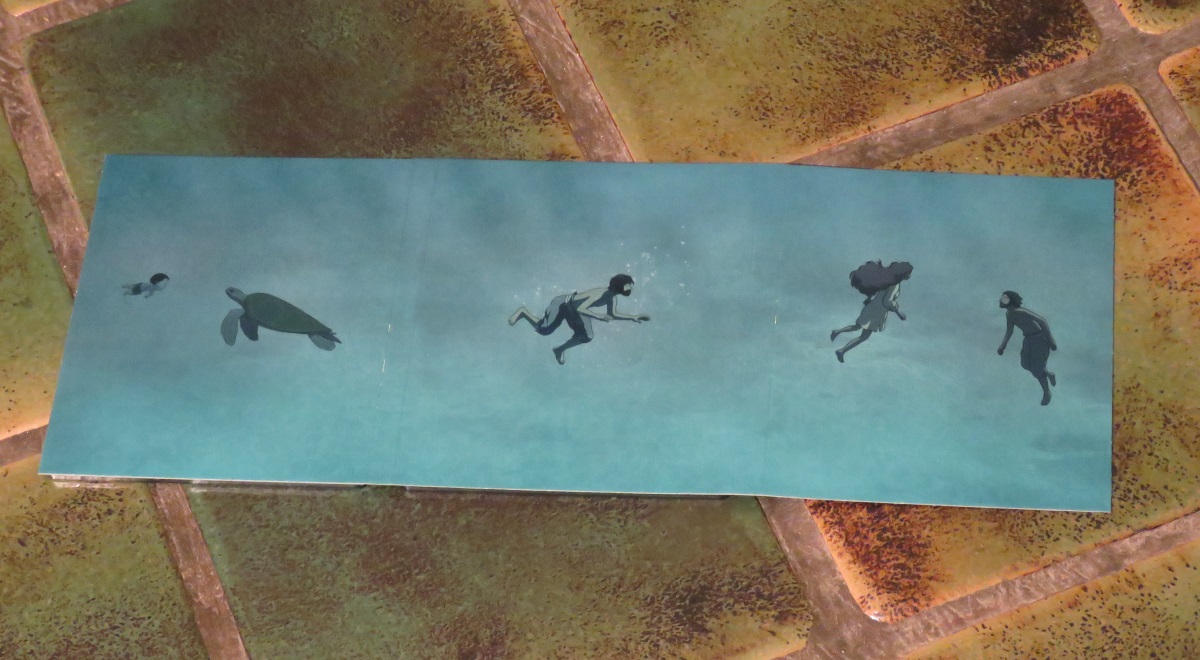 The reverse side of the digipak. 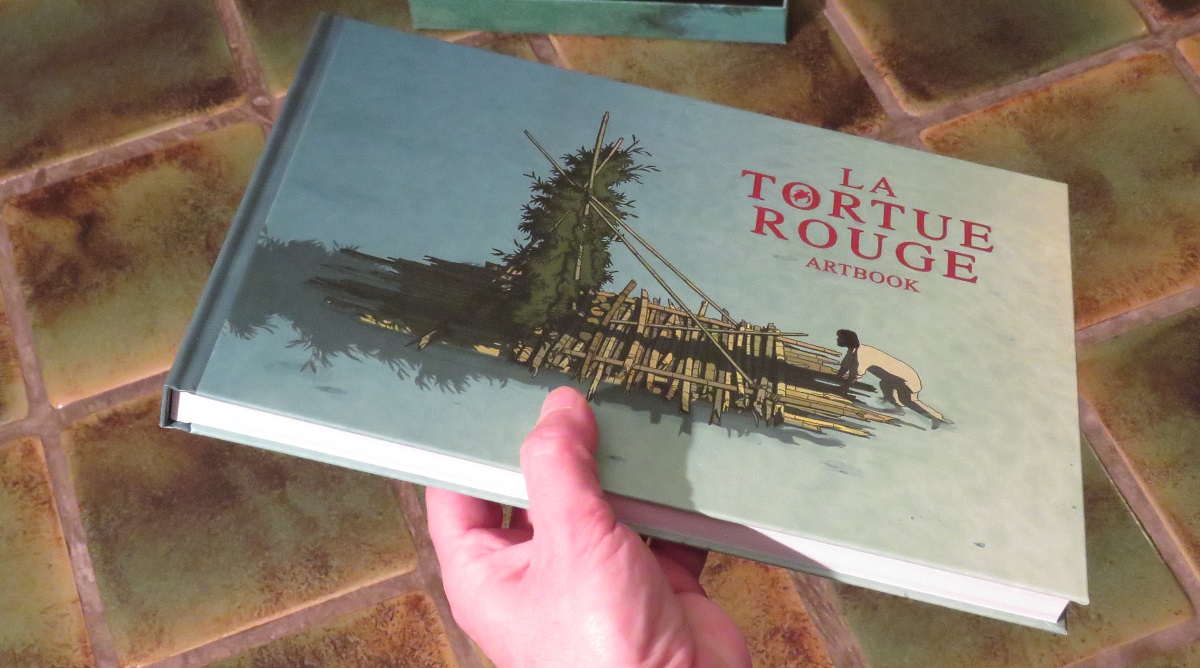 And now we get to the hardcover art-book. It's big, heavy, and at 196 pages thick, it's awesome.

In it are design sketches, scene breakdowns, interviews... it's a complete making-of, and very comprehensive.

Do note that like on the discs, the language used is French only. 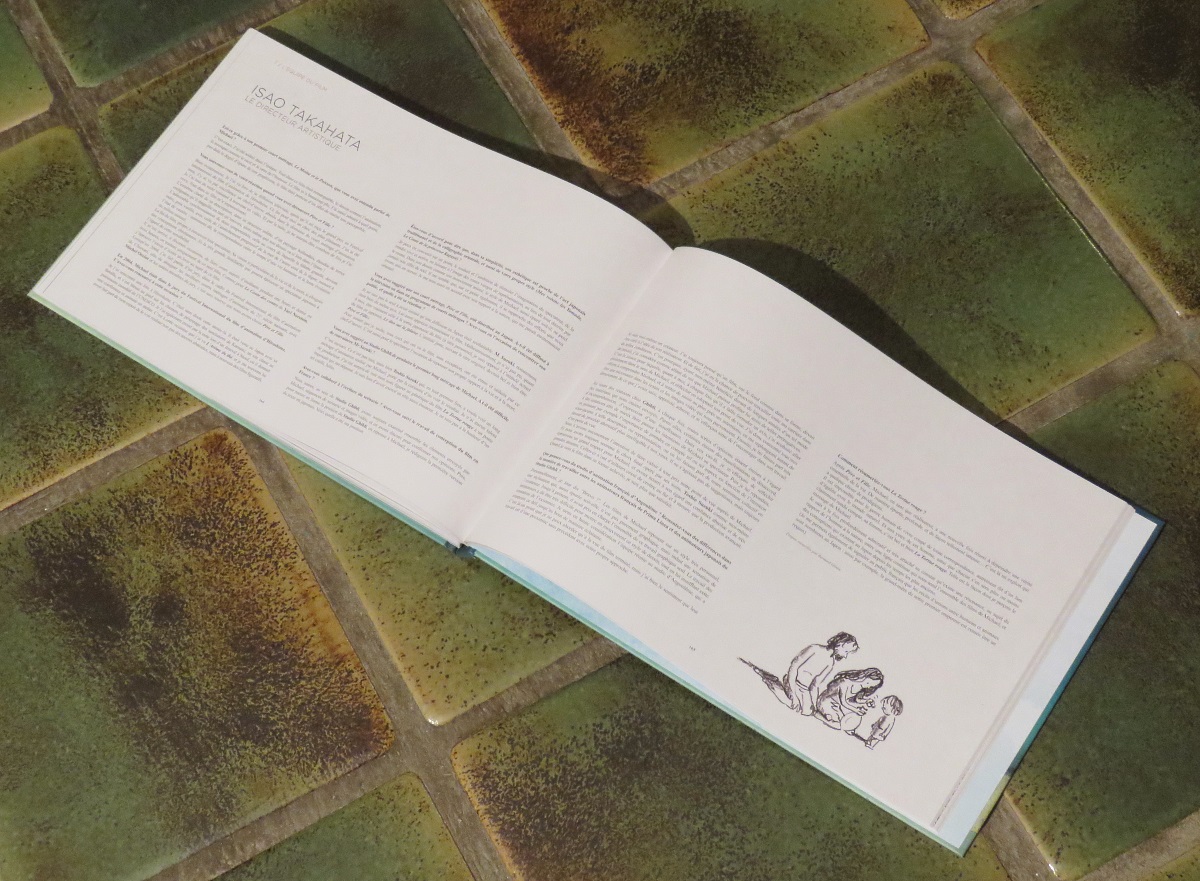 And a side-note: can we agree that any book with a Takahata Isao interview in it is a book worth reading? 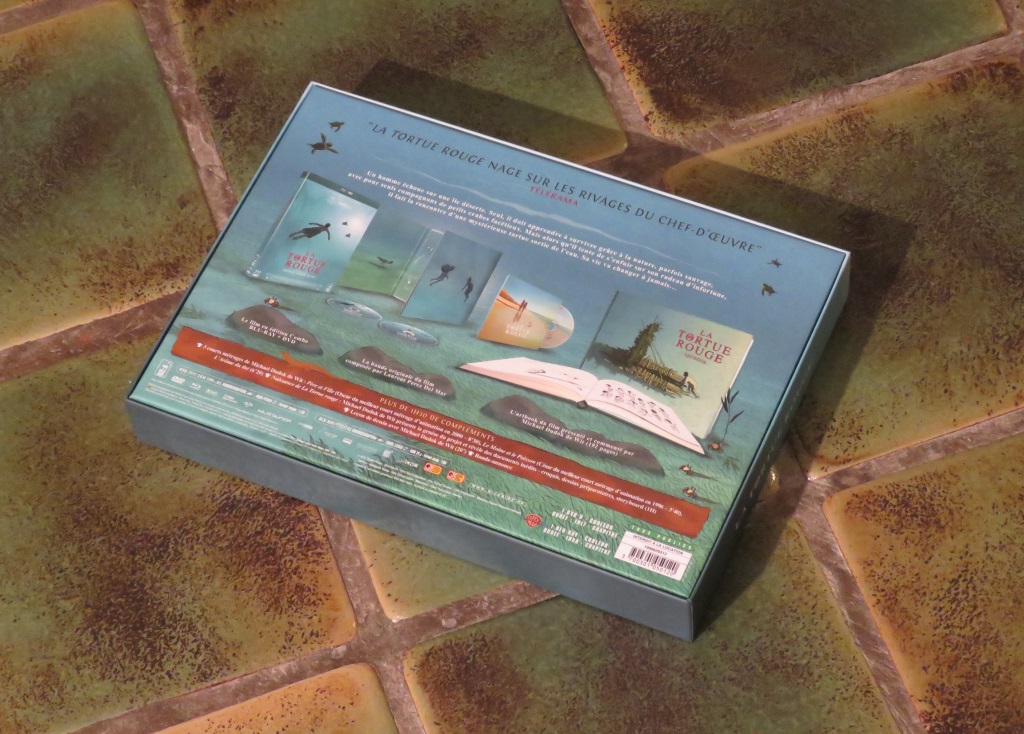 The (back) end. What a great release!

Do you feel this content is inappropriate or infringes upon your rights? Click here to report it, or see our DMCA policy.
animationBlu-rayIsao TakahataMichael Dudok de Wit