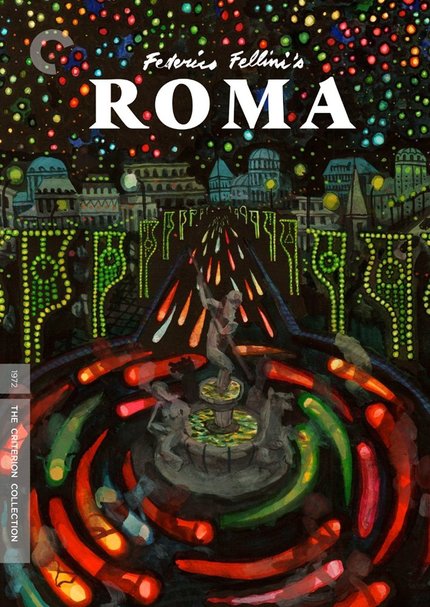 When it comes to Federico Fellini's Roma, it's difficult to determine what's more self-indulgent, the act of appropriating by name a vital, ancient city that's been on the global forefront of politics, religion and culture, or this entire film in general.

Of course, those with any familiarity whatsoever with Fellini's work understand that self-indulgence is the expected crux of all of his work. And why shouldn't it be? For a man who effectively re-crafted the art of commercial narrative filmmaking into personal art projects (no smuggling required), Fellini of all people had, by this point, earned such opportunities.

Although lesser known and lesser discussed than his canonized masterpieces such as La Strada (1954) or 8 1/2 (1963), Roma (1972) is an indispensable late career surge for Fellini. Alongside the sublime La Dolce Vita (1960), it continues the filmmaker's personal explorations of Rome, his adopted city. Once a small town boy, Fellini's relationship with Rome has always been one of prickly admiration; his depictions of it in Roma run to the hypnagogic, the uncanny.

Part rambling travelogue, part sense-memory articulation, the experimental Roma is never not oneiric, even in its most documentary moments. Nostalgia ever collides with the grotesque in this overtly indulgent circus of art, architecture, food, sex, fashion and religion. The hand behind it all is ever present, ever manipulating this reconstruction of realities. Fewer movies land as personally and keep viewers guessing to this degree.

At once both cagier and more overt than his previous such films, Roma breaks ground by abandoning such cinema staples as plot, characters, and traditional story. Yet, every shot, every odd face indeed tells a story. Although there are recurring characters, including the director appearing as himself, the most consistent "character" is the mostly unseen crew that is making this very film. Camera crane operators are seen, and passersby are always commenting on their presence, telling Fellini how the film should be, and criticizing the effort while it's being made.

Episodic and leaning into anthology, Roma flows from one very different "short film" to next, the unmistakable Fellini aesthetic being the thru-line. Whether constructing a fake highway for a surreal traffic jam, or recreating wartime air raid paranoia via an amateur vaudeville stage show, Fellini goes to great links to fabricate off-kilter realities of Rome both contemporary (circa 1972) and decades earlier. With lingering drive-by shots of ancient buildings, fountains and classical art, the film is a true grappling with a cultural Mecca in the midst of forsaking its own rich past. 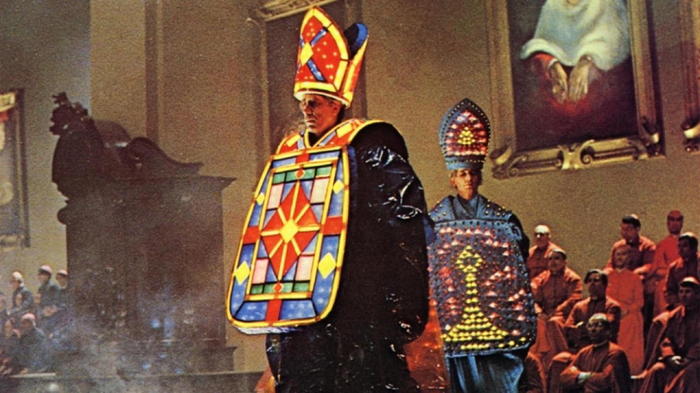 The "ecclesiastical fashion show," a weirdly biting sequence wherein high ranking Catholic Church personnel observe the latest in holy attire evokes both Tron and David Byrne's True Stories, but predates both. It is one of Roma's unforgettable sequences. Another is an subterranean construction project that stumbles upon a long lost chamber of art. Fellini's framing, cutting and presentation of the monstrous industrial underground drill amid the centuries-old brick and frescos is a terror to behold.

Sequences like that one render Roma an odd, sometimes unwieldy cacophony, but a must-see all the same. It's essential second-tier Fellini -- but only in that so many of his other films are already so widely acknowledged as world cinema masterworks. Thankfully, there's room for all of it.

As a film fan and late blooming Fellini admirer, I found that I've come to savor this film. Having only seen it one other time, in 2009, Roma nonetheless struck some sort of chord. A quick keyword search of my past film writing shows numerous references to this film in the context of talking about other, often very unrelated films. It's not the kind of movie one watches often, but it nonetheless deserves a place in any cinephile's home library. Although this is far from Fellini's most famous work, here's hoping that Criterion's stellar treatment of the movie will give it the boost it deserves. The label's handling of Roma is something I've long hoped for.

Utilizing a 2010 Italian 2K restoration from the original negative, Criterion's enhanced the package with a dense audio commentary by Fellini's Films author Frank Burke, a nearly twenty minute interview with current director Paolo Sorrentino (The Great Beauty) discussing his unsurprising love of Roma, another such interview with poet and Fellini friend Valerie Magrelli, lots of still images, the crazy psychedelic U.S. trailer, and deleted scenes (which are more like extended scenes and deleted shots). There's also a good printed essay, which unfortunately isn't a booklet but rather another of their folded-up roadmap-style physical inclusions. The overall packaging artwork is inspired, the cover worthy of poster display.

In a world where artistic self-indulgence is grounds for immediate dismissal, Roma would be the worst movie ever made, and Fellini public enemy number one. Yet such a notion is as unhooked as the film itself. Patience and commitment are necessary to engage the unsexy yet lusty Roma. But this self-branded "Fall of the Roman Empire, 1931 - 1972" is nonetheless a trip worth taking.