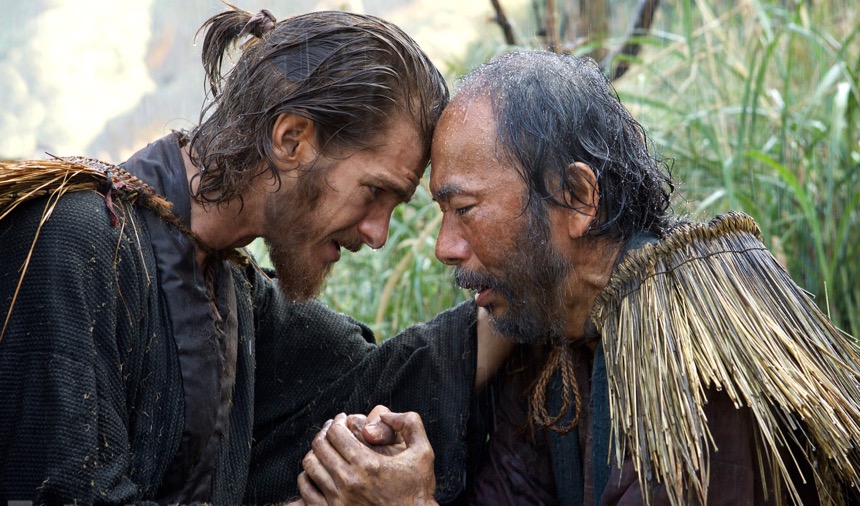 Martin Scorsese leaps right into this year's Oscar race with Silence, his epic new adaptation of Shûsaku Endô's novel. Andrew Garfield and Adam Driver star as Portuguese Jesuit missionaries sent to Japan in the 17th Century. Their mission is to track down their former mentor, Father Ferreira (Liam Neeson), and help re-establish the Catholic Church's foothold in the country, following a violent crackdown by the ruthless magistrate.

Scorsese penned the screenplay with Jay Cocks (The Age of Innocence, Gangs of New York), and there's more than a passing whiff of Conrad's Heart of Darkness - and by extension Apocalypse Now - to the plot. Scorsese has also recruited some formidable Japanese talent, including Shinya Tsukamoto, Tadanobu Asano, Ryo Kase and Nana Komatsu, to fill out his international cast.

Silence was previously adapted for the big screen in 1971 by Masahiro Shinoda with impressive results, so it will be intriguing to see what Scorsese does with the material. Suffice to say, it will be coming from the heart, as Marty has been developing the project for close to three decades.

Silence is scheduled for release in the US on 23 December, and expect it to feature prominently in awards nomination lists and year-end best-of lists, because based on the first trailer just unveiled by Paramount Pictures, we are in for something very special indeed. Check it out below: