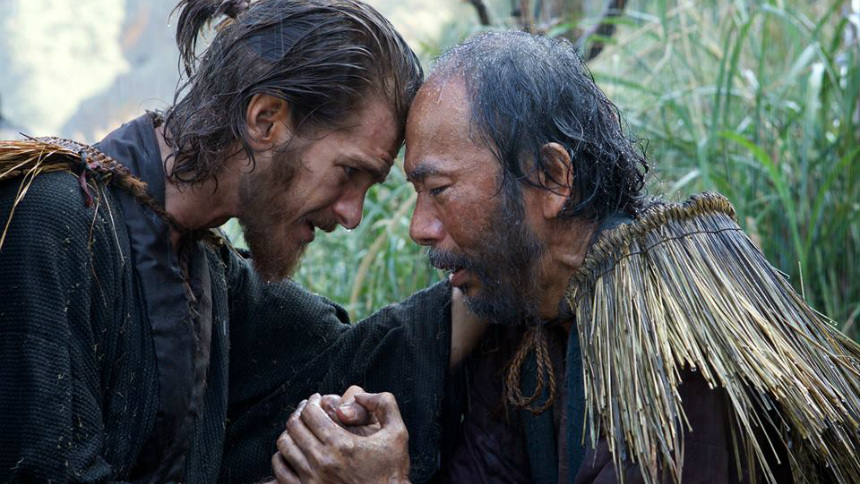 An impressively devout expression of religious faith that seeks to answer some of mankind's most pressing questions, Silence demands respect and inspires debate, all while displaying the absolute command of master filmmaker Martin Scorsese.

Now 74, Scorsese has reportedly desired to adapt Endô Shûsaku's novel for some 25 years (or, soon after The Last Temptation of Christ). The novel, first published in 1966, reflected Endô's views on Christianity from a personal perspective; he became a practicing Catholic at a young age in the 1930s. Shinoda Masahiro made the first film version, Chinmoku, in 1971.

The movie follows two Jesuit priests from Portugal who travel to Japan in 1630 on a mission to locate a missing priest. Before they leave, they are released from their assignment by Father Valignano (Ciaran Hinds), who informs them that Father Ferreira (Liam Neeson) has committed apostasy and publicly rejected the faith. Still, Rodrigues (Andrew Garfield) and Garrpe (Adam Driver) insist on going; Ferreira was their beloved mentor, and even if he has committed apostasy, they feel obligated to save him.

So off the priests go. Officially, Japan has outlawed Christianity, but as soon as they land in country, thanks to drunken former Christian Kichijiro (Kubozuka Yôsuke), Rodrigues and Garrpe come into contact with a group of "hidden Christians" who are grateful for their presence. The local Christians persist in their beliefs, despite the knowledge that government officials constantly search for them, intent on persecuting them until they recant by stepping on a fumie, a small stone with an image of Christ carved into it.

Initially pleased with the opportunity to provide for the villagers' spiritual needs, Rodrigues and Garrpe are tested by the need to remain in hiding during the daylight, and their consequent inability to search for their mentor Ferreira. This slowly sets up one of the essential dilemmas of the film, as the priests eventually learn that the government has decided to persecute the priests, not by torturing them, but by torturing others until the priests recant. 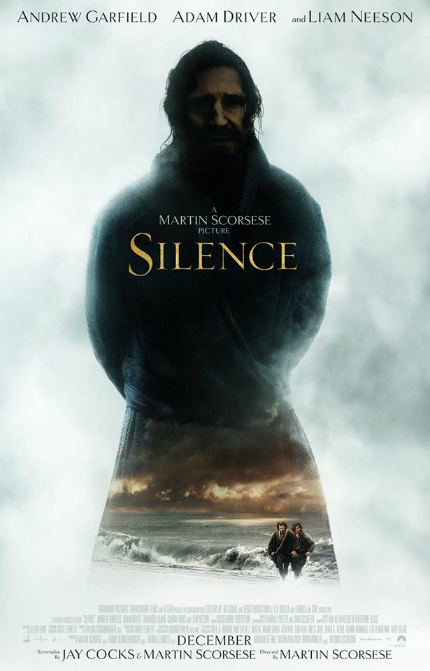 Silence is less a story and more of a meditation, largely constructed around long, grueling sequences that become challenging to endure, especially after Rodrigues and Garrpe are separated. Rodrigues is imprisoned alone in an open-air cell, where he can watch the horrors visited upon fellow believers. He is regularly questioned, not for the purpose of learning about his religious beliefs, but to prompt him to question his faith; all he has to do is take one step, the officials taunt, just one step on the face of Christ (on the fumie) and all the torture and suffering will cease.

Perhaps what makes the film even more grueling than might be expected is the knowledge that Scorsese is at the helm. He exercises great restraint, avoiding his usual visual grace notes -- save for an occasional "God's eye" view from above and one or two gracefully swooping, extended 'follow' shots -- and instead makes the suffering as palpable as possible. The locations are well-chosen (Taiwan standing in for Japan) and Scorsese and company, including cinematographer Rodrigo Prieto, film editor Thelma Schoonmaker, and production designer Dante Ferretti, make good use of them in recreating 17th century Japan.

The performances by Garfield and Driver are soul-wrenching. Film director Tsukamoto Shinya portrays a hidden Christian named Mokichi in an affecting manner, while Asano Tadanobu gives his role as a government interpreter a villainous gleam.

Silence is a film to be admired and respected, more than it is to be enjoyed. The long stretches of inaction are a test of patience to watch, which is likely what Scorsese intended. After all, if we find it difficult to watch fictionalized depictions of torture and suffering, what must God think when he looks down upon Earth and sees the real thing?

The film opens in theaters in the U.S. and Canada on Friday, December 23. It will open in many other parts of the world in January and February.

Do you feel this content is inappropriate or infringes upon your rights? Click here to report it, or see our DMCA policy.
Adam DriverAndrew GarfieldAsano TadanobuLiam NeesonMartin ScorseseTsukamoto Shinya