The first official look at Liam Neeson in Martin Scorsese's Silence reveals him in an agonized pose. But the actor was completely relaxed and charming during a press conference at the Los Cabos International Film Festival this past Saturday morning, kicking off a publicity tour for the film.

Why Mexico? Mexican producer Gaston Pavlovich, who was also on hand, is responsible for financing the film, a dream project of director Martin Scorsese for many years. Scorsese is still busy editing right now, but he sent along a 30-second video to express gratitude to Pavlovich: "It's been a wonderful experience. Thank you from the bottom of my heart."

Asked why he wanted to make the film, Neeson joked that, as mentor to the director, he knew it was very special for Martin Scorsese. Turning serious, he recalled the relatively brief time he spent working on Gangs of New York, commented on Scorsese's intense preparation, and said: "He supplies 200 percent; all he wants from you is 100 percent."

Read more excerpts by clicking through the gallery below. 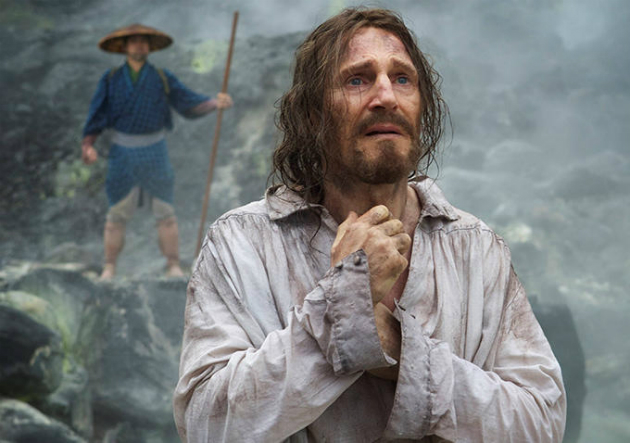 "I was raised an Irish Catholic, so it struck very close to home." The film asks very fundamental questions: "Is there a God? Why have faith? Why get up in the morning?"

Neeson described producer Pavlovich as his "new best friend." When Pavlovich asked to meet with him, the actor groaned to himself, "Oh, God," before previous meetings with producers had not always gone for him on other projects. But with Pavlovich, the one-hour lunch turned into a four-hour conversation before they knew it. "I think I met a kindred spirit," Neeson commented. 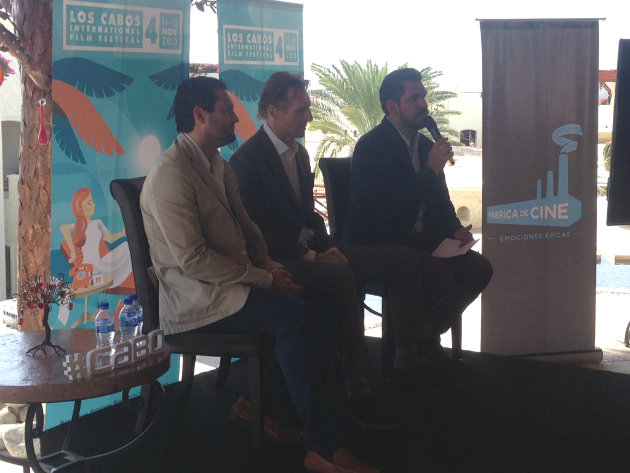 Liam Neeson on the Taipei Earthquake

After arriving in Taipei, Taiwan, in December 2014, midway through production, Neeson was housed on the 15th floor of a hotel. Early one morning he was in his room, going over the script, when, in his words, "the world began to shake."

Understandably alarmed, he took shelter under the doorway, and then thought, 'I'm 15 floors up, I better get out of here.' In the hallway, he encountered the hotel manager, checking to see if the rooms were clean, apparently completely unconcerned about the earthquake. When asked, she replied, smiling: "No problem! I been here 20 months."

Finally making his way to street level, he discovered he was the only one responding to the earthquake; everyone else was going about their daily business. "Was this predicted?" he wondered.

Three days later, he was not working again, and was startled in his room by an air raid siren that sounded loudly. He thought he was in "a British war movie." Again, he came downstairs, and asked the front desk personnel about the purpose of the alarm. The manager replied: "In case China invades." 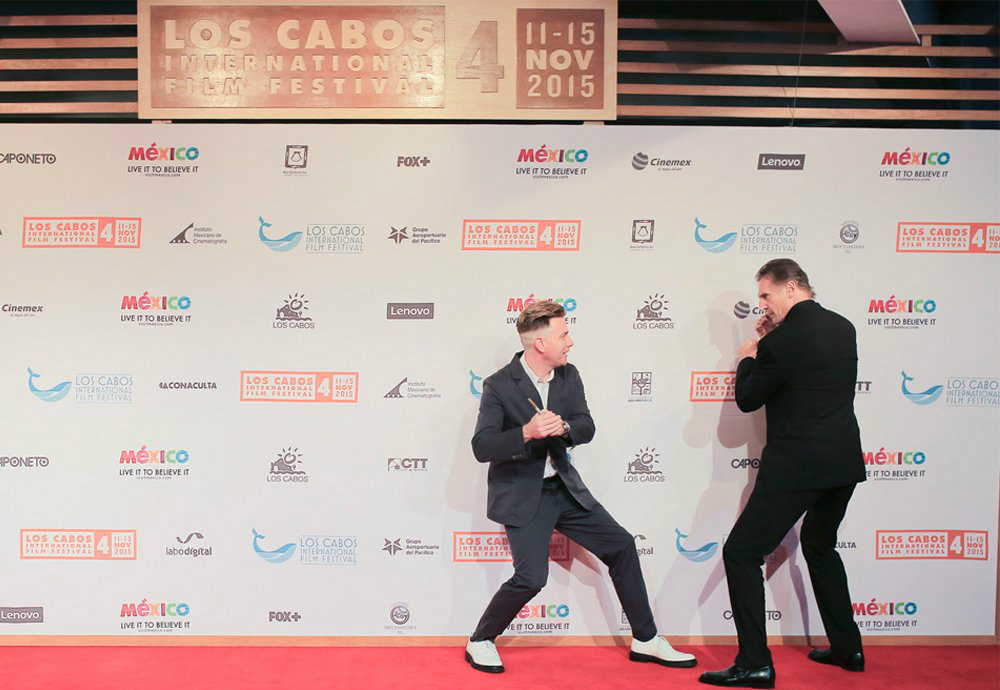 Asked about his experience with digital technology on Star Wars: Episode I, Neeson remembered seeing the setup and thinking, "These little nerds!" He added. "It was a little bit frightening."

As to technology itself, "I can punch out an email, and that's about it."

Later, in response to a followup question on the new Star Wars films, Neeson made clear: "I'm not in it! ... Yeah, I'm excited to see." Commenting on George Lucas' creation he stated: "They're all based on one mythic tale shared by everyone. ... It's a universal story."

Neeson was informed that Ewan McGregor was also attending the festival in order to receive an award, and it was suggested that perhaps a reunion was in the offing. Neeson smiled at the thought. Later in the day, the two did reunite ... at least on the red carpet.

Do you feel this content is inappropriate or infringes upon your rights? Click here to report it, or see our DMCA policy.
Ewan McGregoryfilm festivalLiam NeesonLos CabosMexico