It's not a secret that I'm a huge fan of Scottish distributor Anime Limited, one of several struggling UK companies trying to keep their heads above water in an increasingly hostile market, especially with the British currency crashing after the "Brexit" referendum. In the past, Anime Limited has specifically targeted a section of the market which was deemed to be non-existent by other companies: collectors. The company has a knack for picking up gems new and old, and making them shine enough to warrant a purchase. As a collector myself, I'm always on the lookout to see what they plan next, be it on Facebook, their own page, or Kickstarter campaigns.

Through 2016, three of their upcoming releases have been on my radar, and while these were planned to be spaced months apart, a series of delays has brought them a lot closer together, to the point that they all arrived on my doorstep within 48 hours of each other. The releases are the film Miss Hokusai, the famous nineties anime The Vision of Escaflowne, and the first Fullmetal Alchemist series.

All three releases are fantastic. All three include great art-books. All three have been pimped beyond what was necessary. But there is a definite difference in scale, and I will cover all three in the order of big-bigger-ludicrous. Today we'll begin with the least big: Hara Keiichi's 2015 film Miss Hokusai, about the famous Japanese painter Hokusai and his daughter, who is suspected of having created several of his most famous works.

With history and the arts as its subject matter, this release lent itself to adding some beauty, and Anime Limited delivered. Here is a gallery of shots. Click on the edge of the pictures to scroll through them, or at the center of each to see a bigger version. 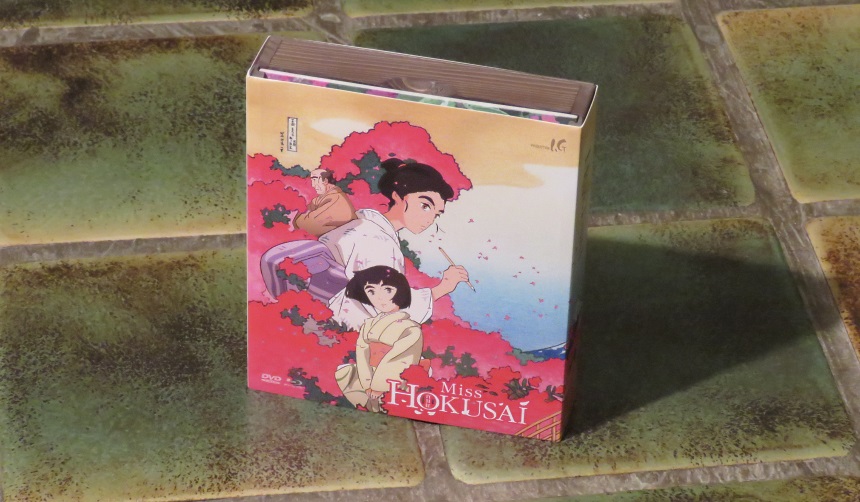 And here it is: a big box with a slipcase.

Opening the lid of the wooden box reveals it to be quite full. 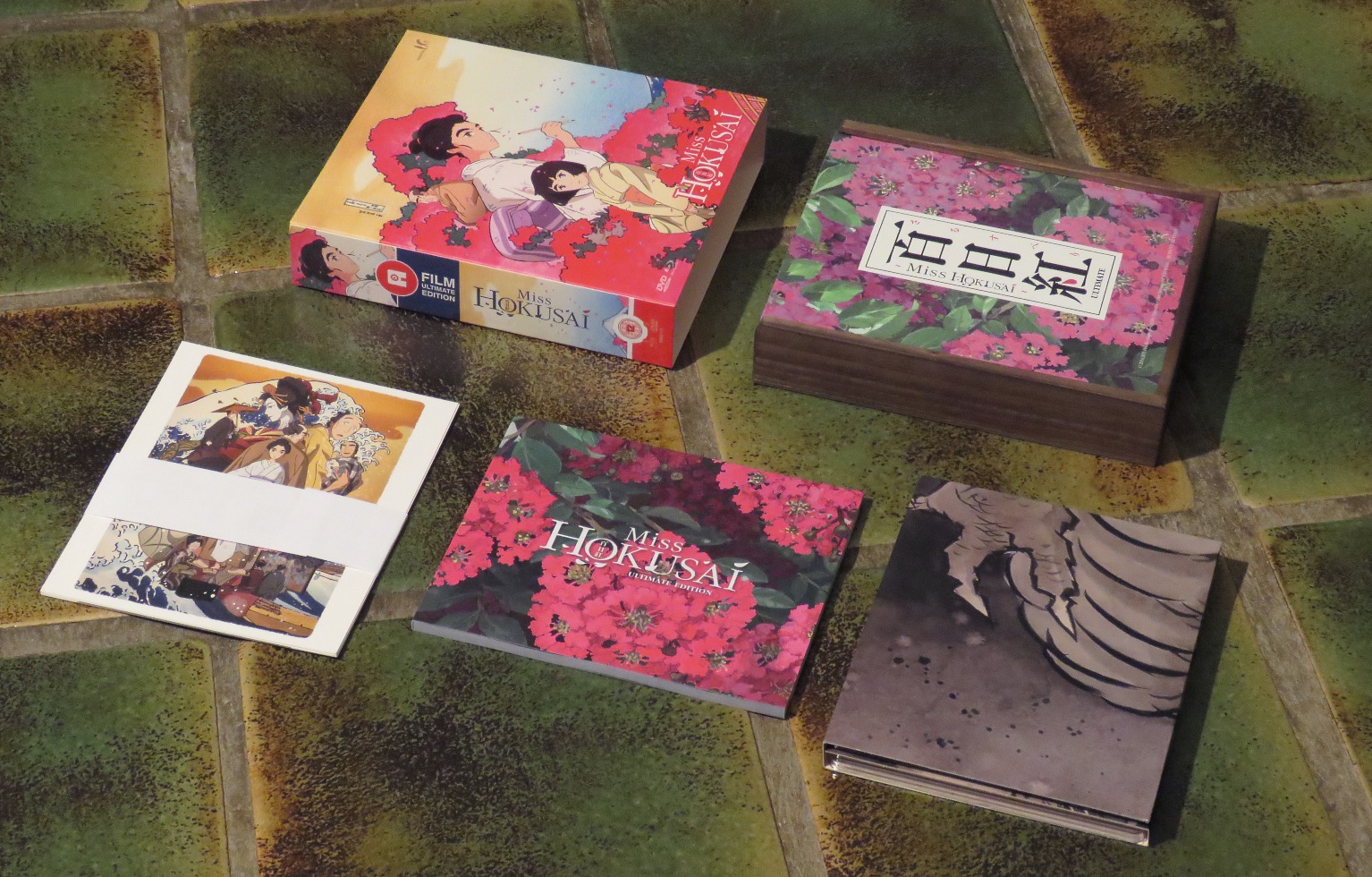 All contents removed: a book, a collection of art cards, and a digipak with 3 discs. 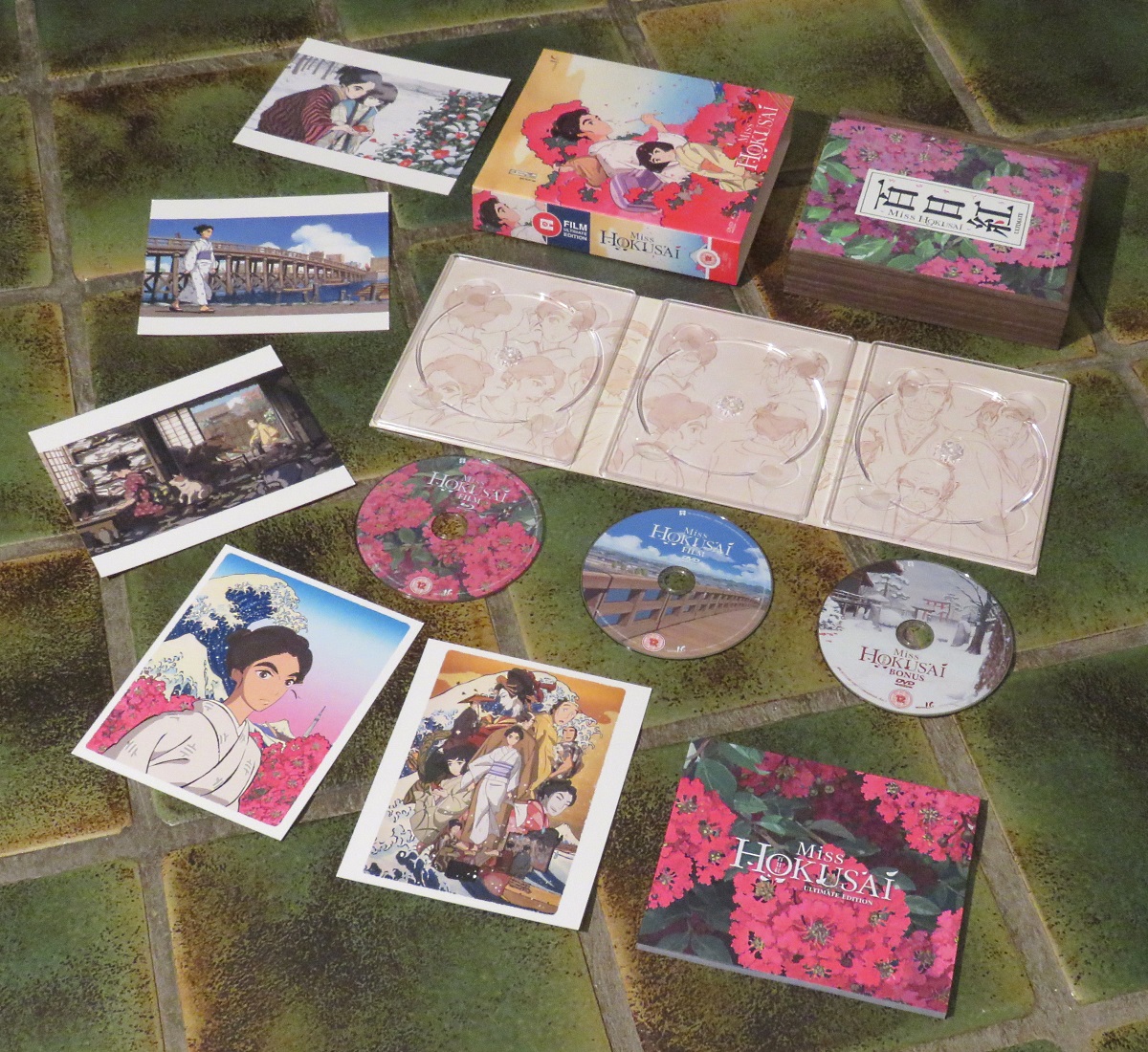 All contents opened. The three discs hold the film on Blu-ray and DVD, and a whopping 120 minute making-of documentary. 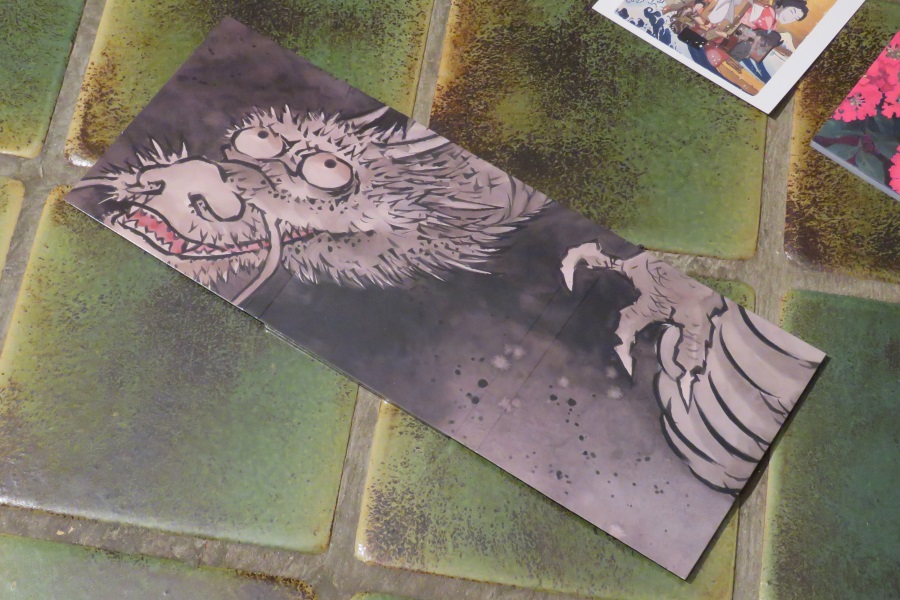 The outside of the digipak looks rather nice too. 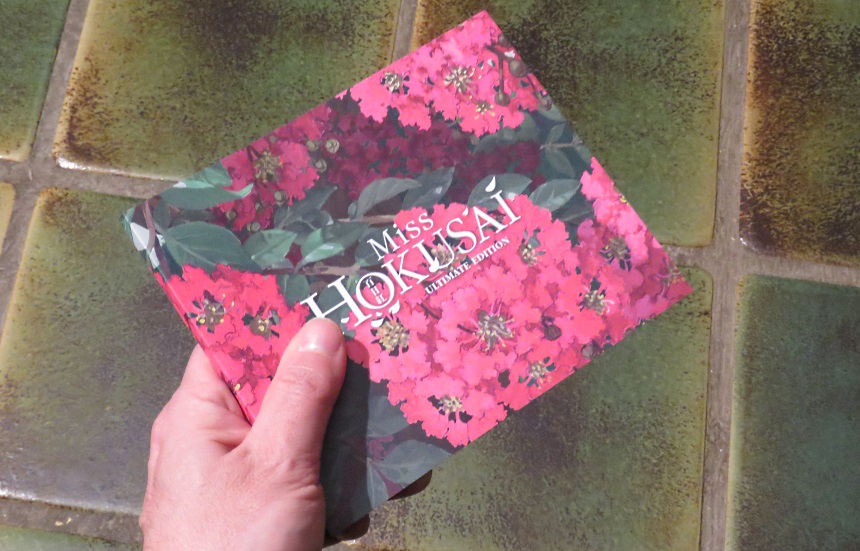 The booklet is 80 pages, and very, very good.

Inside, the art of Hokusai is covered, the historical settings, the film's production, and even where to find more information if the subject strikes your fancy.

This is a terrific companion-piece to the film, and an absolutely excellent extra. 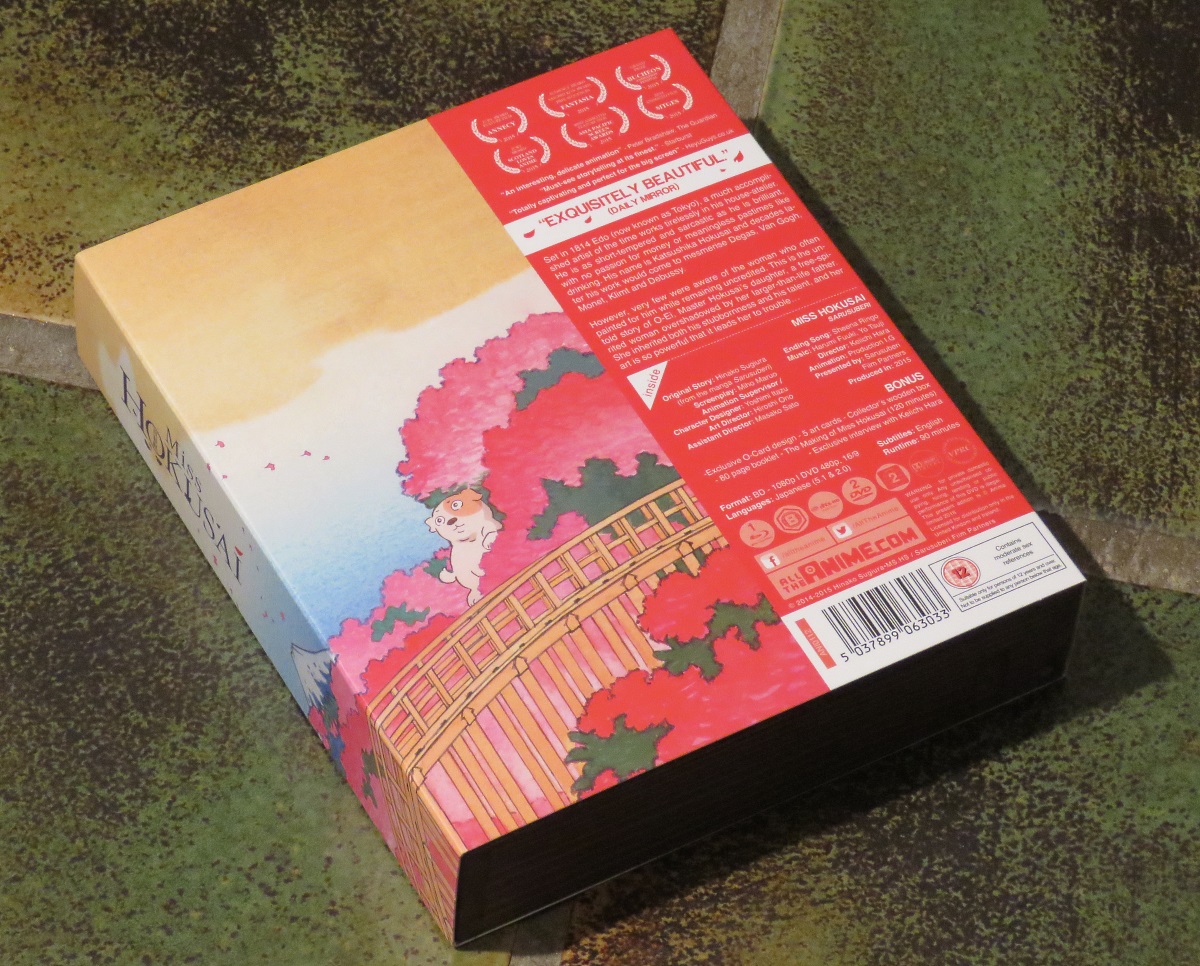 The (back) end of a fine, fine special edition. Well done, Anime Limited!

Expect it to be seriously overshadowed in the next two days though, when we cover Anime Limited's releases of The Vision of Escaflowne and Fullmetal Alchemist.