Criterion in February 2017: Linklater's THE BEFORE TRILOGY, Almodóvar's WOMEN and More

Everybody loves Linklater!! OK, maybe not everybody, but even if the collaboration between Ethan Hawke, Julie Delpy, and Richard Linklater, doesn't speak to you from its highly personal viewpoint, the trilogy consisting of Before Sunrise, Before Sunset, and Before Midnight demands respect.

The Before Trilogy toplines the Criterion Collection's slate of releases for February 2017. featuring a slew of new extras, the feature-length documentary Dream Is Destiny, and new, restored 2K digital transfers of the first two films and a 2K digital master of the last.

Click through the gallery below to learn more about the trilogy, along with the other planned releases for February. 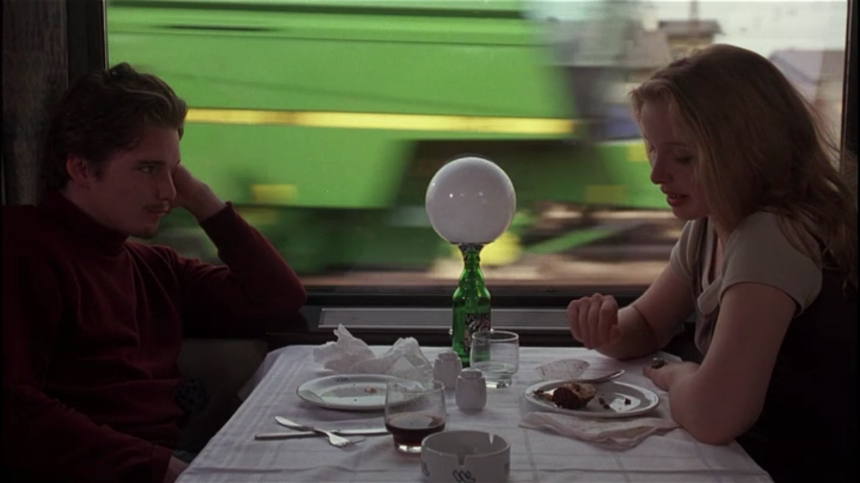 The cornerstone of the career-long exploration of cinematic time by director Richard Linklater (Boyhood), this celebrated three-part romance captures a relationship as it begins, begins again, deepens, strains, and settles over the course of almost two decades. Chronicling the love of Celine (Julie Delpy) and Jesse (Ethan Hawke), from their first meeting as idealistic twentysomethings to the disillusionment they face together in middle age, The Before Trilogy also serves as a document of a boundary-pushing and extraordinarily intimate collaboration between director and actors, as Delpy and Hawke, who cowrote two of the films, imbue their characters with a sense of raw, lived-in experience, and as they age on-screen along with them. Attuned to the sweeping grandeur of time's passage as well as the evanescence of individual moments, the Before films chart the progress of romantic destiny as it navigates the vicissitudes of ordinary life.

DIRECTOR-APPROVED SPECIAL EDITION FEATURES * New, restored 2K digital transfers of Before Sunrise and Before Sunset and a 2K digital master of Before Midnight, approved by director Richard Linklater, with 2.0 surround DTS-HD Master Audio soundtrack on the Before Sunrise Blu-ray and 5.1 surround DTS-HD Master Audio soundtracks on the Before Sunset and Before Midnight Blu-rays * New discussion featuring Linklater and actors Julie Delpy and Ethan Hawke, moderated by critic Kent Jones * Behind-the-scenes footage and interviews from the productions of Before Sunrise and Before Sunset * Audio commentary on Before Midnight by Delpy, Linklater, and Hawke * Dream Is Destiny, a 2016 feature-length documentary about Linklater by Louis Black and Karen Bernstein * New documentary about the making of Before Midnight in Greece by filmmaker Athina Rachel Tsangari * 3x2, a new conversation between scholars Dave Johnson and Rob Stone about Linklater's work * Linklater // On Cinema & Time, a video essay by filmmaker :: kogonada * PLUS: An essay on the trilogy by critic Dennis Lim

An exquisitely understated ode to the thrill of romantic possibility, the inaugural installment of The Before Trilogy opens with a chance encounter between two solitary young strangers. After they hit it off on a train bound for Vienna, the Paris university student Celine and the scrappy American tourist Jesse impulsively decide to spend a day together before he returns to the U.S. the next morning. As the pair roam the streets of the stately city, Linklater's tenderly observant gaze captures the uncertainty and intoxication of young love, from the first awkward stirrings of attraction to the hopeful promise that Celine and Jesse make upon their inevitable parting.

In the breathtaking follow-up to Before Sunrise, Celine tracks down Jesse, now a newly minted author, at the tail end of his book tour in Paris, with only a few hours left before his flight back home to the States. Meeting almost a decade after their short-lived romance in Vienna, the pair find their chemistry rekindled by increasingly candid exchanges about professional setbacks, marital disappointments, and the compromises of adulthood. Impelled by an urgent sense of the transience of human connection, Before Sunset remains Linklater's most seductive experiment with time's inexorable passage and the way love can seem to stop it in its tracks.

The bittersweet conclusion of The Before Trilogy finds Celine and Jesse several years into a relationship and in the midst of a sun-dappled Greek retreat with their twin daughters and a group of friends. The couple soon find their vacation upended, however, by the aggravations of committed monogamy, which have long since supplanted the initial jolt of their mutual seduction. Marked by the emotional depth, piercing wit, and conversational exuberance that Linklater and his actors had honed over two decades of abiding with these characters, Before Midnight grapples with the complexities of long-term intimacy, and asks what becomes of love when it no longer has recourse to past illusions. 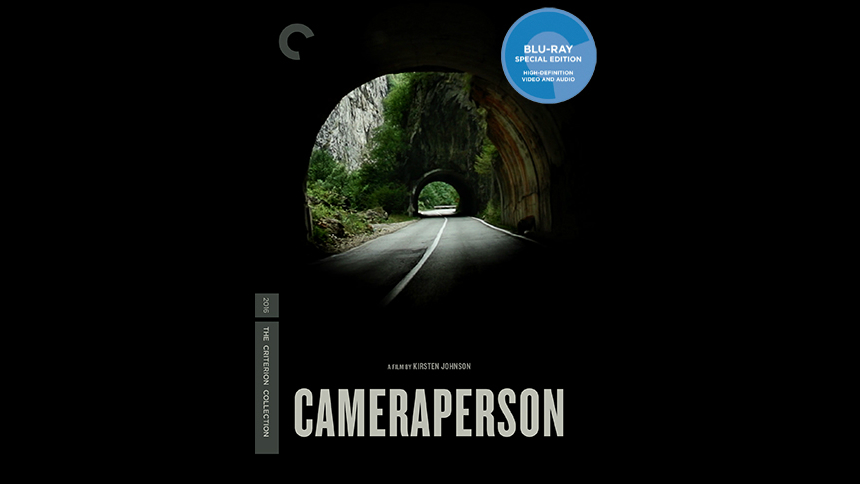 A boxing match in Brooklyn; life in postwar Bosnia and Herzegovina; the daily routine of a Nigerian midwife; an intimate family moment at home with the director: Kirsten Johnson weaves these scenes and others into her film Cameraperson, a tapestry of footage captured over her twenty-five-year career as a documentary cinematographer. Through a series of episodic juxtapositions, Johnson explores the relationships between image makers and their subjects, the tension between the objectivity and intervention of the camera, and the complex interaction of unfiltered reality with crafted narrative. A work that combines documentary, autobiography, and ethical inquiry, Cameraperson is a moving glimpse into one filmmaker's personal journey and a thoughtful examination of what it means to train a camera on the world.

DIRECTOR-APPROVED SPECIAL EDITION FEATURES * New high-definition digital master, with 5.1 surround DTS-HD Master Audio soundtrack on the Blu-ray * Making "Cameraperson", a new program featuring director Kirsten Johnson, producers Marilyn Ness and Danielle Varga, and editors Nels Bangerter and Amanda Laws * In the Service of the Film, a roundtable conversation with Johnson, producer Gini Reticker, and sound recordists Wellington Bowler and Judy Karp * Excerpts from two 2016 film festival talks with Johnson, including one between her and filmmaker Michael Moore * The Above, a 2015 short film by Johnson * Trailer * PLUS: An essay by filmmaker Michael Almereyda and reprinted writings by Johnson 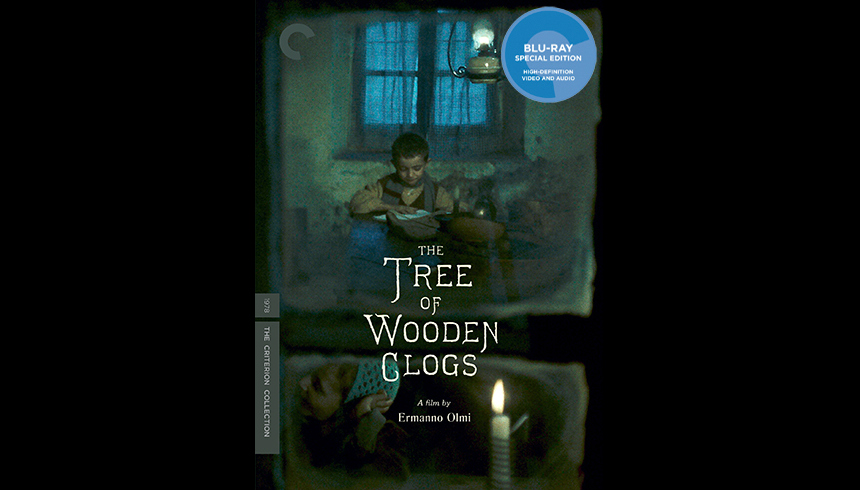 The Tree of Wooden Clogs

A painterly and sensual immersion in late nineteenth-century Italian farm life, The Tree of Wooden Clogs by Ermanno Olmi (Il posto) lovingly focuses on four families working for one landowner on an isolated estate in the province of Bergamo. Filming on an abandoned farm for four months, Olmi adapted neorealist techniques to tell his story, enlisting local people to live as their own ancestors had, speaking in their native dialect on locations with which they were intimately familiar. Through the cycle of seasons, of backbreaking labor, love and marriage, birth and death, faith and superstition, Olmi naturalistically evokes an existence very close to nature, one that celebrates its beauty, humor, and simplicity but also acknowledges the feudal cruelty that governs it. Winner of the Palme d'Or at Cannes in 1978, The Tree of Wooden Clogs is intimate in scale but epic in scope-a towering, heart-stirring work of humanist filmmaking.

DIRECTOR-APPROVED SPECIAL EDITION FEATURES * New 4K restoration, created in collaboration with The Film Foundation at L'Immagine Ritrovata and supervised by director Ermanno Olmi, with uncompressed monaural soundtrack on the Blu-ray * Alternate Italian-language soundtrack * New introduction by filmmaker Mike Leigh * Ermanno Olmi: The Roots of the Tree, an hour-long episode of The South Bank Show from 1981, featuring an interview with Olmi on the film and a visit to the farm where it was shot * New program featuring cast and crew discussing the film at the Cinema Ritrovato film festival in Bologna, Italy, in 2016 * Archival interviews with Olmi * Trailer * New English subtitle translation * PLUS: An essay by film critic Deborah Young 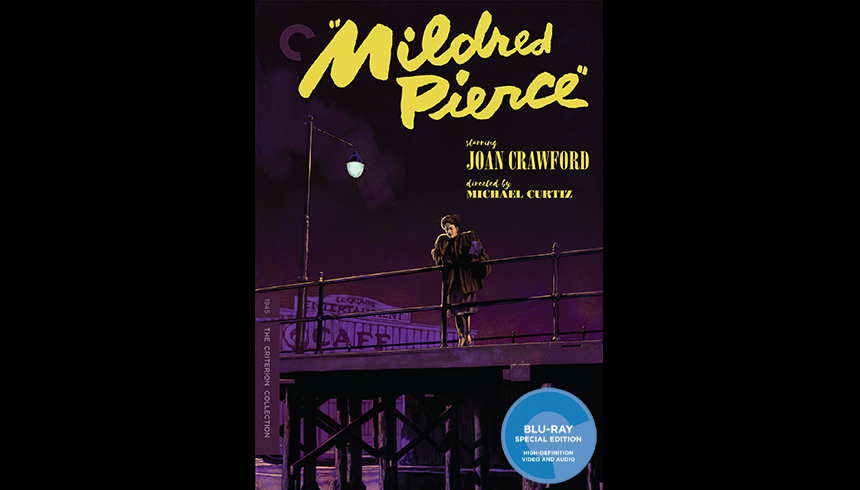 Melodrama casts noirish shadows in this portrait of maternal sacrifice from the Hollywood master Michael Curtiz. Its iconic performance by Joan Crawford (Johnny Guitar) as Mildred, a single mother hell-bent on freeing her children from the stigma of economic hardship, solidified Crawford's career comeback and gave the actor her only Oscar. But as Mildred pulls herself up by the bootstraps, first as an unflappable waitress and eventually as the well-heeled owner of a successful restaurant chain, the ingratitude of her materialistic firstborn (a diabolical Ann Blyth) becomes a venomous serpent's tooth, setting in motion an endless cycle of desperate overtures and heartless recriminations. Recasting James M. Cain's rich psychological novel as a murder mystery, this bitter cocktail of blind parental love and all-American ambition is both unremittingly hard-boiled and sumptuously emotional. 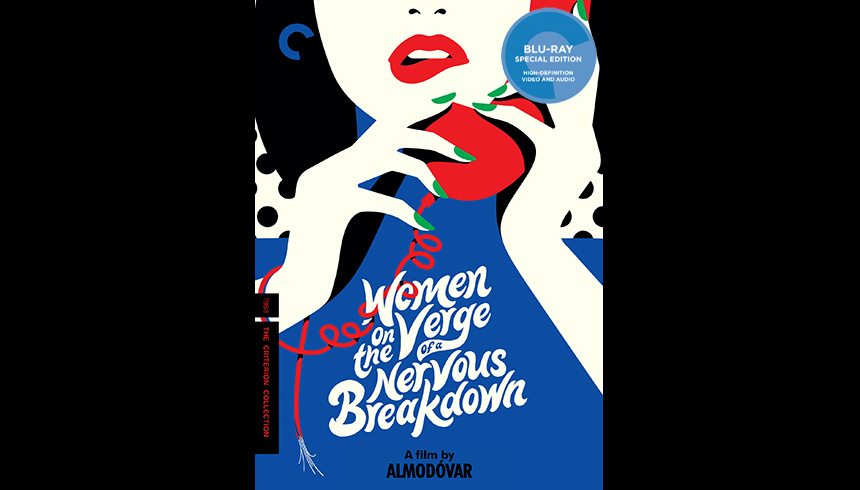 Women on the Verge of a Nervous Breakdown

Pedro Almodóvar makes telephones, a mambo taxi, and a burning mattress into delirious plot points and indelible images in his international breakthrough, Women on the Verge of a Nervous Breakdown. Melding melodrama with screwball farce, this Academy Award-nominated black comedy secured the auteur's place at the vanguard of modern Spanish cinema. Continuing Almodóvar's exploration of the female psyche, the film tells the story of Pepa, an actor-played by the director's frequent collaborator Carmen Maura (Volver)-who resolves to kill herself with a batch of sleeping-pill-laced gazpacho after her lover leaves her. Fortunately, she is interrupted by a string of visitors, setting in motion a deliciously chaotic series of events. The filmmaker channeled inspiration by the likes of Alfred Hitchcock and Douglas Sirk into his own unique vision, arriving at the irreverent sense of humor and vibrant visual sense that define his work today. With a sensational ensemble cast of early Almodóvar regulars that also includes Antonio Banderas (Evita) and Rossy de Palma (Tie Me Up! Tie Me Down!), this film shows an artist in total control of his craft.

Do you feel this content is inappropriate or infringes upon your rights? Click here to report it, or see our DMCA policy.
Blu-rayCriterion CollectionMichael CurtizPedro AlmodovarRichard Linklater

More about Before Sunrise

More about Before Sunset

More about Women on the Verge of a Nervous Breakdown

More about The Tree of Wooden Clogs