Critical Distance: INFERNO, Why It's Good to See Bad Movies 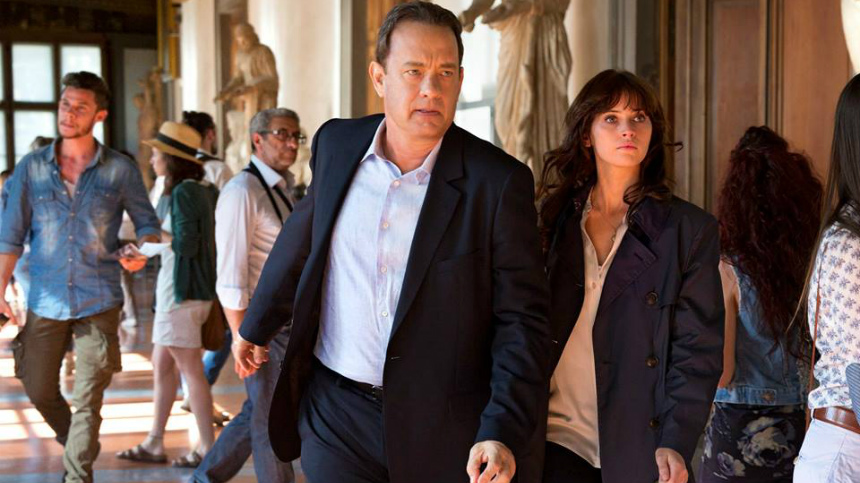 The word is out on Ron Howard's Inferno.

Only 20% of critics gave it a positive review, per Rotten Tomatoes. Visitors to that site were kinder, as 43% gave it a positive nod. Yet audiences in general were not interested in seeing the movie on opening weekend, as earnings in the U.S. have been estimated at $15 million, according to Box Office Mojo, falling well short of the second installment's $46.2 million and the original's impressive haul of $77 million some 10 years ago. (To be fair, audiences overseas have responded to the tune of $133 million in earnings so far in a week of release.)

Catching up with the movie this past Friday afternoon (in a nearly empty theater), I found it to be inconsequential, which is not what I anticipated from an apocalyptic thriller. Tom Hanks, once again portraying Harvard Professor Robert Langdon, gives it the old college try, but even he has difficulty speaking the solemn dialogue. Felicity Jones as a British doctor in Italy has an even greater hardship, since her character is completely inauthentic.

The characters run around various cities in Italy, though they show no ill effects of all that running; they must be in terrific physical shape! They are racing to discover the location of a plague virus that will be set off in a matter of hours; the plague will infect everyone on the planet within a matter of days, and then half the people will die, and the other half will rebuild everything because otherwise the planet will be completely destroyed by overpopulation in a matter of decades.

Billionaire Bertrand Zobrist is the ostensible villain of the piece, but he exits the scene very early which, let's face it, is very cowardly, though Ben Foster, the actor who plays him, gets to glower and bellow in flashbacks. Director Ron Howard and screenwriter David Koepp make extensive use of flashbacks, which is one way to try to keep interest alive when the primary narrative consists of little more than Tom Hanks, America's father, running around.

Tom Cruise is a little younger than Hanks and likes to run around in his movies, too, which makes me wonder when running around became a de facto definition of heroism. 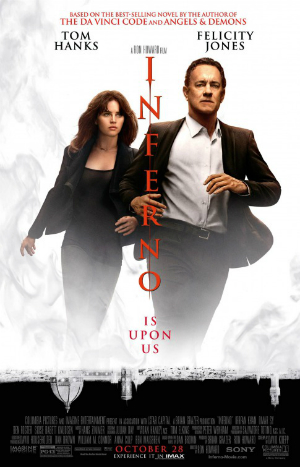 As you may have surmised by this point, I did not enjoy the experience of watching Inferno very much, yet I don't regret paying to see it in a theater. If I had the time and money, I'd see every new movie in a theater -- except Hollywood comedies and romances, which are usually neither, or found-footage fright flicks, which usually make me wish they'd truly lost the footage -- even when the movie falls short of expectations.

For anyone who writes about movies, there's always the unknown factor; no two random people respond to the same movie in the same way. Sometimes I love a movie, in spite of negative advance notices (Gods of Egypt is still great fun, thank you very much) -- and sometimes a movie drives me nuts, despite positive advance notices (most Marvel releases).

As someone who loves movies in general, I admit to an inherent tendency to look for the good, even in bad movies. For all its dramatic faults, Inferno still looks quite impressive, thanks in large part to Salvatore Totino's photography. Totino has mostly worked with director Ron Howard, but last year shot both Everest and Concussion, two movies that are very different in their settings yet still displayed beautiful textures in their capture of light.

I am an advocate of seeing every new release that I can, combined with catching up with every movie I can from the past -- streaming services like Warner Archive and Shudder are very helpful -- as well as rewatching personal favorites. Sometimes that's extremely pleasant (Re-Animator for the sixth time!), sometimes it's not (hello Everybody Wants Some!!).

Watching both the good and the bad, though, reinforces what I appreciate most about movies: their capacity to elicit deeply-felt reactions -- and then try and figure out why I reacted that way.

Critical Distance is a column about the writer's reaction to movies that most likely will not affect readers in the same way.

Do you feel this content is inappropriate or infringes upon your rights? Click here to report it, or see our DMCA policy.
Critical DistanceDan BrownFelicity JonesRon HowardTom Hanks