Destroy All Monsters: As The DCEU Burns, The Studio's Model Needs To Change 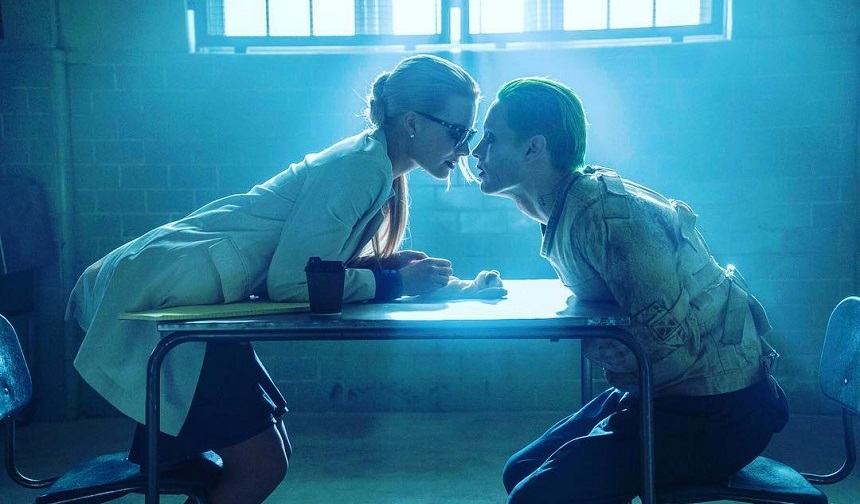 There are two general narratives among film fans with respect to superhero movies, which somewhat overlap:

1. The Marvel Cinematic Universe films are samey studio product with predictable beats and styles, lacking the stamp of directorial control;

(I don't really agree with this one, of course. The majority of the entries within the MCU are actually quite idiosyncratic; they're just idiosyncratic within a comparatively broad-strokes shared universe where Norse gods are aliens, and trees can talk.)

2. Everywhere else but Marvel, studios are hiring creative directors with unique takes on their comic book properties, and then giving up on those takes halfway through production, seizing control of the product, and "focus grouping" those films into oblivion.

Real or fake, the recent "Gracie Law" open letter, published on Pajiba, highlights this latter narrative with respect to Warner Brothers' latest (conceptual, anyway) turkey, Suicide Squad; but the same story ran this time last year regarding Josh Trank's Fantastic Four reboot, and one suspects we will be seeing an iteration of this outcry roughly annually until the other studios manage to lock down their production processes at the same level of reliability that Disney/Marvel currently has. At which point we'll all be complaining about the reliability, as per point 1 above.

There are a few factors at play here. The first, obviously, is that regardless of what director is in charge, the team at Warner Brothers / DC clearly has no idea whatsoever what a good movie of one of their properties would actually look like. That they would release a film as technically terrible as Suicide Squad in the wake of the unease about Batman v. Superman - which looks like Spielberg in comparison, in terms of storytelling skill - is telling.

In a responsible business, the only response to BvS was to nail Suicide Squad - to put the absolute best people and resource on that project for five months until you delivered a film that was as solid as a brick shithouse. Warner Brothers' approach to this responsibility was - well - weird. And they still didn't come out of the process with a finished film that anyone with more than ten minutes' experience with mainstream cinema would have looked at and said, "yeah, the audience will love it."

(I don't care what the test scores said. Trusting test scores instead of your own expertise with cinema would be like wandering around a foreign city staring exclusively at your iPhone's GPS and getting lost, without ever having looked up and read an actual street sign.)

There's a tension at the heart of this around how and why these studios hire the directors that they do. Now, I argued last year that directors in these cases are more akin to strategic project managers than filmmaking artists; people who think that the director of a film like Suicide Squad should be given total autonomy and creative control and be allowed to "just make their own movie" are patently naive.

But a strategic project manager is still responsible for two things, in broad terms: gaining stakeholder buy-in for the vision of the project as a whole (in this case, what the final movie should be like); and then steering the production processes with that vision as the priority, to ensure that, as much as possible, the final product turns out like what everyone agreed to in the first place.

At DC this year, and last year at Fox, this doesn't seem to be what has been happening, even on Snyder's films. Whatever the original director vision on Suicide Squad, Fantastic Four, and Justice League were, they have pretty clearly been bent - or are in the process of being bent - away from those visions.

One could wonder whether the role of strategic project manager, in this context, would be best served in the "director" role at all, or if it's more properly positioned in the creative producer slot. Kevin Feige at Marvel is the oft-cited example, and if Marvel films have a) a sameyness about them, and b) an unerring track record of delivering what the audience actually wants, it's arguably because of Feige, not the men he's hired to call the shots on the set.

(Or perhaps more charitably, it's certainly because of Feige's collaboration, mentorship, and overall leadership, when working with those directors, even if people like the Russo Brothers, Joss Whedon, Kenneth Branagh and James Gunn have a clear, substantial, end-to-end contribution on the creative direction of the project as a whole.)

None of the other superhero studios have a Feige. Zack Snyder certainly isn't a Feige. Geoff Johns, who has presided over not just this year's awful DC output but was a co-producer on Green Lantern as well, doesn't apparently know what a good movie even looks like, let alone how to arrive at one.

There's moderate evidence that Warners is trying to advance Ben Affleck into that role, and certainly, Affleck's handful of scenes in Suicide Squad (particularly the post-credits sting) are the only ones that make the larger DCEU seem like anything other than a massive canonical burden. This will be amusing to anyone who survived the #Batffleck twitter crisis of 2014: there's still good reason to believe Affleck's casting was the single best decision the DCEU has yet made.

At the core of the problem, though, remains the way these studios select and anoint the directors who are, at least theoretically, in charge of the work: they gravitate towards untested indie or low budget filmmakers, and hand them a budget roughly quintuple whatever was spent on their last project.

Ironically, it worked brilliantly for Warner Brothers once - and perhaps paradoxically, Christopher Nolan became the exception that proved the rule. By the end of the Dark Knight trilogy, Nolan had amassed so much power that he really was just a creative filmmaker being given total autonomy and creative control, allowed to make his own movie.

I imagine that process was unnerving for Warner Brothers; and the (very relatively) muted reaction to The Dark Knight Rises compared against the (disproportionately) strong response to The Dark Knight might have put the bug in their ear that they shouldn't just let one dude run off and do whatever the hell he wants, when there's a quarter of a billion dollars in production costs at stake - and he might come back with a movie that definitively ends Batman's story and hands the cowl off to Robin, rather than setting up a new brace of Cinematic Universe style sequels and spinoffs.

(What? No one else wanted to see the Joseph Gordon-Levitt Robin movie? I did.)

Ironically, what happened after The Dark Knight Rises - the director of that project, however peripherally, helped name his successor to carry the franchise, and it was a successor with significant blockbuster bona fides to boot - lead to the disastrous Man of Steel, and every bad decision the DCEU made since then. I say ironically only because, arguably, this is the way it should go. Nolan and Warners may have picked a bad apple in Snyder, but if Snyder had turned out to be another Nolan, everything would have worked out fine, in the way in which Warner Brothers usually does business: hire the best people, and trust them to do their thing.

If the studio has become gun-shy on the latter aspect, they only have themselves to blame. I think of the comparative workload of a) firing Snyder vs. b) retrofitting every single DCEU movie from BvS onward through a complex process of test screenings, competing cuts, and in-flight creative direction changes, and I run to choice a) even without accounting for my personal dislike of Snyder's films. Choice b) is just too much damned work, guys. And it isn't working, either.

And aping Marvel isn't working. With a Feige in place, maybe hiring a James Gunn or a Joss Whedon makes a kind of sense. They have experience doing their "thing" within the fantasy realm; they just need guidance elevating that "thing" to the tentpole scale.

Hiring a Patty Jenkins or a David Ayer (or, at Fox, a Josh Trank) and just hoping that they'll level-up when working with a broad swath of collaborators and stakeholders doesn't make any sense. The experience isn't there, the production process is too long, the fan scrutiny is too intense, and the marketing engine is rapidly becoming bigger than the films themselves. And yet in spite of this, the mistakes generally only have to happen once - before they're in the movie forever. (Jared Leto, anyone?)

A footnote to all this: ironically, the Hollywood meritocracy seems specifically engineered against the experience-based hiring I'm discussing here. Generally, by the time a director has one or two large-size projects under his or her belt, they aren't courting Marvel or DC or Fox for a superhero project; they're off doing the piece they want to do, with the control they want to have. (Unless they're offered Star Wars, in which case they're doing Star Wars.) Part of the problem is simply that Marvel, DC, and the X-Men/Fantastic Four universe aren't particularly attractive to anyone other than up-and-comers as a place to make their name.

And yet, the tentpole system proper doesn't have an "apprenticeship" scheme in place yet that would let next year's breakout Sundance director work their way up into a blockbuster scale. Ryan Coogler's the closest we're going to get - and I for one am relieved he's working his way to that scale within the Marvel umbrella, where he's 95% more likely to turn out a big hit than he would, say, directing The Flash.

He's a great director, and Black Panther is a great project, and coming from Marvel, there's ample reason to expect that Coogler will get the support he needs to ensure that the film will be great. It's astonishing to me that Marvel remains the only shop in town that seems to have found the secret sauce; but here we are.