Destroy All Monsters: What Did Josh Trank Do? 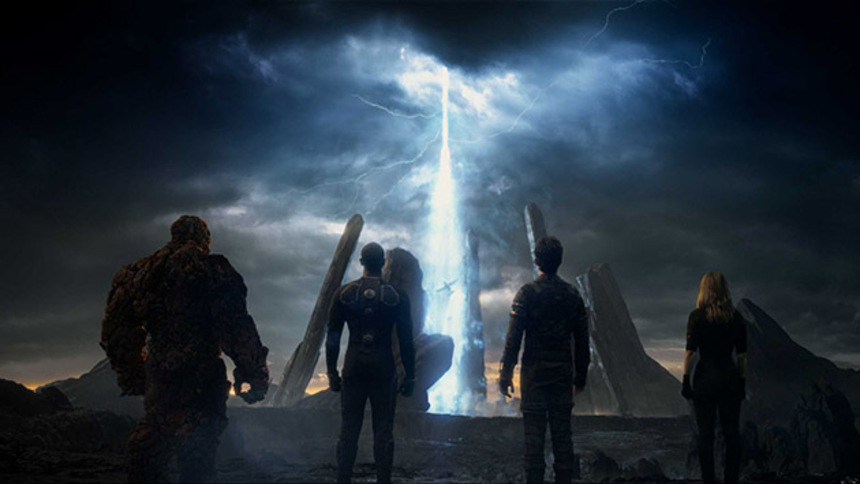 Hollywood has become fond of up-jumping single-credit indie filmmakers (Gareth Edwards, Josh Trank, Marc Webb, Jon Watts) into gargantuan projects (Godzilla, Fantastic Four, The Amazing Spider-Man, Whatever The Next Spider-Man Reboot Will Be Called). Like everything else Hollywood-related in the past decade or more, it erases the middle from the picture, probably because there are no more middle-sized movies to make.

The days when the director of a successful $5 million movie might be granted stewardship of a couple of $45 million movies before moving on to a $100+ million tentpole are behind us. Now, a kid who makes a superhero film on his camcorder (and quite splendidly at that) can be handed the reigns to a $120 million blockbuster reboot franchise-maker without any of the shareholders batting an eye - and have his ass, and the collapse of his career, handed to him just as quickly.

Was Josh Trank the wrong choice to direct Fantastic Four? I don't know. The movie Trank wanted to make is pretty clearly evident in the joyless, nearly-horroresque film Fant4stic turned out to be. But why on earth are we blaming Trank?

Clearly, someone at 20th Century Fox thought "Fantastic Four, but evil" was a good idea and let the project go forward. Josh Trank doesn't have $120 million, and neither do you.

Just as clearly, someone else at Fox later thought "wait, WHAT??!" and tried to wrestle the tone of the project back from wherever Trank was taking it. The resulting film, of course, positively reeks of creative differences - just keep an eye on Kate Mara's piecemeal wig if you want to know what scenes were shot after the fact, without Trank's participation, to bolster whatever fun times Fox thought could be retconned into the original footage.

It's time for our conversation around "directing," particularly in the high-end of Hollywood spectacle, to change.

Inasmuch as it was never particularly accurate to call the director the "author" of a studio film - a bastardization of the auteur theory by people who never really understood the original concept in the first place - it's an understandable impulse. It's just easier for us to describe and categorize things as an anthropomorphization of a human personality than as something uncannily composed of a couple hundred of such things.

The idea that something as brief and logical as a narrative film might be the result of an interlaced and unpredictable communal effort is, I think, somewhat unnerving in the contemplation - kind of like determining why a small town might or might not rebuild itself after a flash flood. There's too much happenstance and ephemera at play, and our minds don't like those things. Our minds like rules.

Again, this would be in the best possible circumstances. Those circumstances would include: an ability on the part of the director to communicate with and lead those teams effectively; an absence of underperforming or differently-abled direct reports; adequate resources (primarily money and time); and a unified vision of the project - generated either by the director, or inherited by him/her - that stays relatively fixed over the production period.

When has that ever happened.

Like most strategic project managers, the director of a studio film would not, by any reasonable assessment of the word, be the "boss" of the project. (There are exceptions, of course - the Spielbergs and the Camerons of the world - as well as conditional passes, like David Fincher.)

Over at Marvel Studios, the model is working the best in the industry because the actual boss, uniquely, is one guy - Kevin Feige - and the organization as a whole is a weird Galapagos Island within the Disney infrastructure, isolated and empowered enough to evolve on its own while still (inevitably) being subject to the overall planetary forces.

At Fox? At Warner Brothers? And beyond the superhero genre, in nearly every other instance where a studio is spending over $100M in an attempt to create a franchise and make a big bucket of money?

The boss is the money.

Spreadsheets are a little better at it, but the strange thing about entertainment-for-commerce is that ultimately, it's still going to come down to a simple question of whether enough people are going to want to see it, and think well enough of it, to encourage more people to see it. That's the only way to make money in the big-ticket game anymore, and as much as our summers seem endlessly populated by repeatable success formulas (Ghostbusters 3, here we come!), it's still astonishingly hard to say with any accuracy what's going to bomb, place, or break away.

And this is where the dread "committee thinking," which most cinephiles profess to disdain, comes into play. Because - I'm a strategic project manager in my day job, so let me assure you - nothing makes a bunch of people who are risking pantloads of money feel safer than getting together with as many other people as they can and talking about what they think they can predict about the risks they face.

Hey, a lot of the time, they're probably right. Whatever the risk assessment meeting was that determined that Josh Trank's dark vision of Fantastic Four was gonna go belly-up, it was flawless in everything but its timing; it should have happened a year and a half sooner, and prevented the whole debacle from moving forward in the first place.

And if Trank quit or was fired as a result of that meeting, awesome; there wasn't anything he could have done at that point anyway, because he's just a film director, and Fantastic Four is not a film. It's a strategic project, albeit a hugely ill-conceived one; and a director is just one loud voice on a very large, very loud team.

Destroy All Monsters is a weekly column on Hollywood and pop culture. Matt Brown is in Toronto, thinking about strategy.