Destroy All Monsters: GAME OF THRONES Is Better On TV. Who Needs The Books? 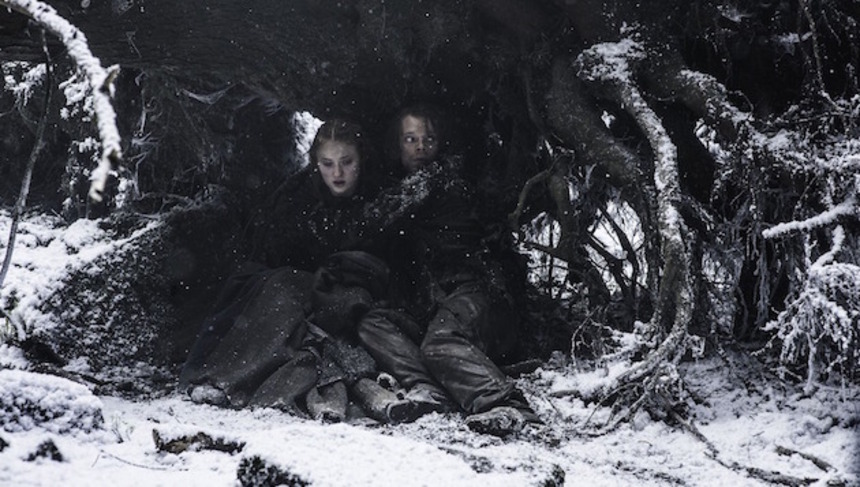 Spoilers for the season premiere of Game of Thrones.

There's been something of a merry war among some of the ScreenAnarchy team for the last few years, ever since I published a piece in 2013 that proclaimed that HBO's Game of Thrones series is better than George R.R. Martin's novel series that spawned it.

Now, there have been plenty of points in the ensuing three years where I haven't believed my own words. When I wrote the 2013 piece I was coming straight off the series' excellent third season (that's the Red Wedding season, for those who have long since lost track of all this... and who could blame you?). I had also successfully hacked my way through Martin's disastrous fourth, and half-disastrous fifth, novels: A Feast For Crows and A Dance With Dragons, respectively.

The TV show, back then, seemed poised on a delicious precipice, about to deliver a wholesale revision of focus upon Martin's gargantuan and unfocused later works, thanks to showrunners David Benioff and D.B. Weiss' efficient visual streamlining of the author's bloated narrative.

The last couple of years of watching Game of Thrones has been a frustrating exercise in watching the series commit many of the same narrative and conceptual blunders as the source novels, albeit in somewhat truncated form. And for every wise elision (anyone miss Penny? Nope), there was a baffling fealty to go-nowhere novel plots whose value to the television story was invisible, if it existed at all (why - are we still - in Dorne?!).

As anyone who has followed the series knows, though, we have now arrived at a new, even more delicious precipice. As of this past Sunday's start of Game of Thrones' sixth season, we've all but run out of novel content for the series to mine. (OK, Arya's got some left. And Whatserface McIron Islands, I guess.)

How quickly the episode seemed, to me, to render the book vs. show conversation irrelevant.

Oh, it will always still be there, especially when (if) Martin actually publishes his sixth, seventh, and no doubt eighth and ninth, novels. As the plot machinations of Game of Thrones' sixth and seventh (and eighth, and ninth) seasons bear on, too, Martin's still-living authorial ghost will be present in the room of all our conversations, especially when something happens that we don't like. "Well, Martin wouldn't have done it that way. Wait till the book comes out. You'll see."

(There's even the halfway-odd question of whether the series will now serve as an unintentional audience focus group for Martin's remaining story. If aware of them, can Martin now commit to plot points that the series will have demonstrated to be unpopular? This isn't a question of creative integrity, but one of simple human nature. A discussion for another time, I suppose.)

But "The Red Woman," Sunday night's episode, was very much the work of a series finally, belatedly, coming into its own, after a greatly protracted dependency on its creative parent - as if a five-year-old were wandering around with an umbilical cord still tethering him to his mama.

There's a (somewhat douchey) term we use at my office: re-vectoring. That's what Game of Thrones was this Sunday: a confident re-vectoring across its swath of plotlines, sometimes brutally so, but always with a meta-narrative eye on what the series was doing, and how it was doing it.

In each sequence, the episode did two things consistently: it shucked off plot detritus of the past five years with merciless glee; and it defined which characters remain useful within its storytelling, and re-aimed them appropriately.

Aimed them at what? Well, the end of the story, of course.

At Castle Black: with Jon Snow still lying dead, Ser Davos quickly connects the only strategic lines of force that will allow the Night's Watch to withstand the imminent assault of the White Walkers: the Wildlings, and Melisandre. And if the latter might bring Snow back to life at some point in the season? Hey, baller.

At Winterfell: Ramsay Bolton, a psychopathic dipshit who served as a poor man's Joffrey replacement for the last couple of years, was finally given something resembling dimension. Not sympathetically so, of course ("feed her to the hounds!"), but something that could be called an actual worldview and set of purposes. Which is something, y'know, your principal villain really ought to have if you want his story to matter. (The novels missed that.)

Outside Winterfell: the last true heir of the North (that anyone knows about), Sansa, finally got herself something of a gang, trading rapey Littlefinger and rapey-er Ramsay for Theon (literally castrated) and Brienne (awesome, awesome, and also awesome). Opening credits alert: Sophie Turner's agents have clearly glommed to the importance Sansa will continue to play in the story, as she is no longer credited alongside her siblings on a single card, but gets her own card.

At King's Landing: Cersei and Jaime are put back on the game board, together, following Myrcella's death. Anyone remember Jaime's redemption arc from Martin's books? Nope, and neither do Benioff and Weiss. "Fuck everyone who isn't us," Jaime spits, and we're off to the races, with the promise that these characters might actually do something now. Also, as the series' only remaining stable romantic relationship, the siblings here represent another statement of intent by the showrunners: "Yup. Twincest. We're doing this."

In Dorne: the Sand Snakes up and kill Dr. Bashir, eradicating several hundred pages of useless setup from Martin's novels. Another statement of intent: "Dorne. Nope. We're not doing this."

I'll skip past the remaining character plotlines for the episode (Dany, Tyrion, Arya - hey, my favourites!) because I trust the point has been served. Like the massacre of the five families at the end of The Godfather, Game of Thrones just made itself very clear with respect to how things are going to go from now on: the way the show needs them to, since the word of God / the books have abandoned them.

"Fuck prophecy" is another one of the many things Jaime Lannister tells to fuck in his scene with Cersei in the episode, and the recursive talk of prophecies (Melisandre's vision of Jon Snow in the flames; Cersei's conversation with the witch re: her children) throughout the episode can be seen as a statement of intent as well. For Game of Thrones, the television show, the books have been - up till now - a prophecy of their own. They've loomed over every action like Maggy the witch's doomspell upon the Baratheon children: "this is the way things have to go."

Well no, they don't. Arguably, they never even did; but now, with no more books to read, no more runes to cast, no more chicken blood to draw in concentric circles in a pan upon the floor, there's no Fate - to borrow a line from another franchise, which the Mother of Dragons recently, briefly, visited - but what we make for ourselves.

And this, of course, is how it should be. Not just because stories should always serve their own masters to some extent, even adaptations - and this series' adaptation of A Song of Ice and Fire is its own, relevant, cultural document, with its own themes and purposes - but also because it is so specifically necessary in this case.

Game of Thrones has always been about the labyrinthine plans its characters make, which never come to fruition in what can be seen as, at best, a wholly chaotic - and at worst, outright malevolent - world. That's its story. It wouldn't have been entirely fair to force Game of Thrones to land dutifully upon someone else's endgame.

Do you feel this content is inappropriate or infringes upon your rights? Click here to report it, or see our DMCA policy.
A Song of Ice and FireGame of ThronesGeorge R.R. Martin