Destroy All Monsters: Fear Of A Black Bond 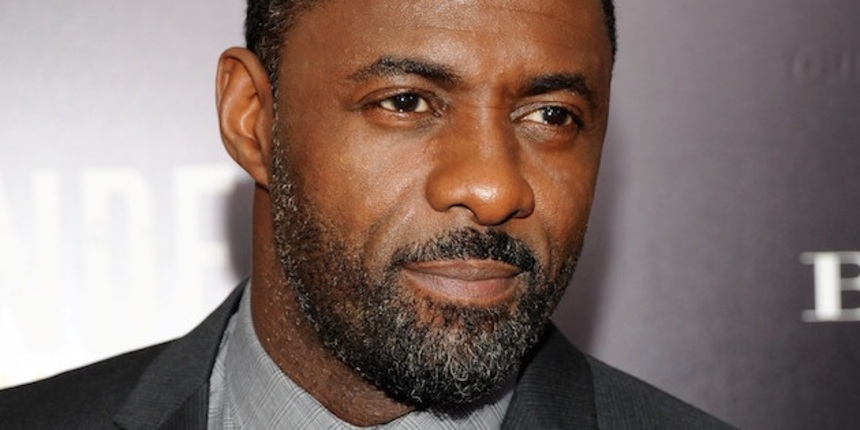 The Idris Elba / Anthony Horowitz mess last week was an incredible display of context eaten down to the molecular level by the whiz-bang memeification of the internet. Horowitz claims he was mortified by the response to his quote, and I'm sure he was - any film critic, here at ScreenAnarchy or anywhere else, who's ever had six context-free words from a long review turned into a pull-quote for a movie the critic didn't actually like knows the feeling. "They got that from that? Dammit!"

Never mind the full extent of Horowitz's response to the question about Idris Elba playing James Bond; never mind, certainly, that even in the most vulgar terms, whatever Horowitz could have said would only, still, have been one man's opinion.

Oh, it's a terrible choice of words, certainly. Immediately sliced out of its context as the writer at the Daily Mail - if no one else - surely knew it would be, the phrase immediately biases towards racism in the eyes of any reasonable person who reads it.

(Never mind, again, that Horowitz was in the process of describing, if one were to cast a black man as James Bond, his opinion that there are better candidates. That's racist as well: define candidate A by attribute "black" and free-associate. Go.)

But the "Idris Elba as Bond?" question has become a "gotcha!" point, much like last summer's craze of asking female celebrities if they're feminists. Any sort of qualified response other than unvarnished assent summons the Mob - and unvarnished assent wouldn't have been worth publishing, in the Mail or anywhere else. So was the paper really making fair sport of any of this, in the first place?

For my part, I think Idris Elba would be a splendid Bond. I doubt he'll get the part, not because he's too street, but because he's too old; movie studios aren't in the habit of signing actors to their flagship franchises if that actor would be nearing his mid-fifties by the time he'd completed the standard three-picture deal. Roger Moore was 55 when he did Octopussy and 57 for A View to a Kill, and we all know how we felt about that.

As such, I think we need to acknowledge the "gotcha!" for what it is. The Idris Elba question is no longer about who should succeed Daniel Craig should SPECTRE (or the next one) prove to be his final Bond film.

The question, instead, is a simple articulation of a profoundly weighted anxiety: who are we willing to allow James Bond to be?

It's a particularly fascinating question, only because its answer will come from the weirdest Galapagos Islands in all of franchise filmmaking: the paradoxically timeless yet timebound, continuity-independent nethersphere of the James Bond universe.

That universe was weird back when Lazenby was taking over for Connery (with the faintest, hinted suggestion that the facial switch might have somehow happened within the diegesis), and weirder still by the time old Roger was saying hello to a Miss Moneypenny who was now clearly no longer the "young girl at the office."

Throw in a 21st-century origin story in Casino Royale, and a Skyfall where Bond still owns the car from 1964 (complete with ejector seat!), and the whole thing is utterly bananas.

Bond films are necessarily au courant as part of their value proposition (the franchise has always been built on the latest, greatest spycraft and political stresses) and yet simultaneously old-fashioned in their worldview (neatly packaged "oldschool" values as naughtily anachronistic, and guiltily enticing, as a dog-eared copy of Playboy improbably carrying a probing interview with Stanley Kubrick and a three-gate centerfold of Dru Hart).

As such, the Bond films are political only by exception, or in retrospect; small quirks like Moneypenny suggesting that Bond's behaviour might qualify as sexual harassment in 1987 don't resound with anything like the thunder that casting a spectacular exemplar of black British masculinity like Idris Elba would in 2015. In 2015, most particularly, as the very question of race in Western culture has finally reached its tipping point, and by extension, dragged forward the question of representation in popular culture.

Bubbling beneath the racial complexity in the Idris Elba question is an older, deeper British fear: class anxiety, through and through. What "street" is Horowitz referring to, after all, if not the streets from which upper-class thugs like Ian Fleming's James Bond do not, in any gentleman's conception of the universe, emerge?

Another part of Bond's alchemy, after all, is aspirational fantasy; he's intended to be better than us, even if by trade he's little more than a blunt instrument who beats people to death with his bare hands. The question, regardless, is always around what we're intended to aspire to.

Till now, Bond has always asked us to aspire to be white.

Delve into the Fleming novels if you want luxurious, firsthand narration on class and empire, colonialism and the other, as seen through the eyes of a pragmatic Brit banging away on his typewriter at Goldeneye in Jamaica. You'll find musings on the intelligence and vices of "Chigroes" (half-Chinese, half-black settlers in the Caribbean in Dr. No), the sexual prowess of the Japanese (You Only Live Twice), and the nude knife-fights of the Roma (From Russia With Love).

It's racism in its purest, according-to-Hoyle form, the white Englishman at the top of an apex pyramid of strange and variable human creatures into whose societies the character freely intermingles yet always, by opposition, constrains. It represents a philosophical bloodline that died out in the Bond film franchise in the mid-'70s, thank goodness, but it's the same DNA that writers and purists like Horowitz are checking against when they offer up opinions on why Idris Elba shouldn't be James Bond.

So forget the street, forget the age, forget all the reasons Idris Elba can't happen for just a moment, and get back to the delirious, wishful imagination of the thing: imagine that guy getting to play James Bond. Imagine what that would mean, that fantasy. Imagine aspiring to be him.

Do you feel this content is inappropriate or infringes upon your rights? Click here to report it, or see our DMCA policy.
Anthony HorowitzDaniel CraigIdris ElbaJames Bond