Review: SPECTRE Does Not Rid The Bond Series Of Its Demons 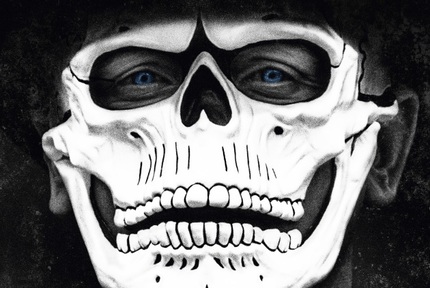 Any review of a James Bond film should probably start with a short overview of the reviewer's opinions with regards to the whole franchise. What kind of Bond does he or she prefer? Which tropes are considered delightful, harmful, funny or irritating? How strong a bullshit-filter is applied, and does that differ between Bond-films and other thrillers?

So I'll begin with answering the questions above. I grew up in the Roger Moore Bond-era, and therefore he used to be my favorite Bond. Each Bond film is basically a compilation catalogue of what is considered cool at the time of release, be it clothes, science, cars, swimsuit models, and music, and the Moore films presented these with a humor, glamour and cheek which later Bonds failed to match. As I do not regard these films as having a narrative seriously worth following, I don't apply the same rules and demands to a Bond film that I'd use with a regular thriller. I fully allow Bonds to be totally ridiculous without it harming my enjoyment, a luxury other thrillers need to earn first. As long as James' exploits are fantastic and sensational, I'm good.

Or thrilling. Thrilling is good too. I love From Russia With Love, despite it being a Connery Bond.

Which brings us to the Daniel Craig era. Casino Royale was actually rather low on the fantastical and sensational front, but it was thrilling as hell, and provided an alternative, grittier take on the character which was surprisingly palatable. Instead of mannequins, with Bond and Lynd we got actual characters, with actual chemistry. Tentatively judging the film on its own merits as a decent thriller was possible, and it even got itself an on-and-off relationship with IMDB's famous Top-250 best-rated films list. Me, I loved it so much, it is now my favorite James Bond, and so is Daniel Craig.

And while Quantum of Solace wasn't too hot on the stand-alone front, combined with Casino Royale it actually provided a good bit of universe building, with Bond brushing up against something big and invisible in the background, an Illuminati-like pact of controlling evil. Could it be... (gasp) SPECTRE?!

So when the news became known that the new film was going to be called Spectre, we all went ooooooooh... would it address some of the plot-related issues in the previous two films? Would Blofeld make an appearance?
Even better yet: the early teasers were excellent while low on action, pointing towards a dark thriller with loads of dread and drama. I was stoked.

Now that the end result had arrived here in cinemas for all to see (I'm Netherlands-based), I couldn't wait to check it out. And a dark thriller with loads of dread and drama is what we got... for a large part. Be warned though: the remainder is filled with the silly impossible stuff I used to need that Bond-bullshit-filter for. Spectre hits some of the highs of Skyfall, but unfortunately also most of its lows: it's breathtakingly beautiful at times, yet teethgnashingly stupid at other times.

The film starts very, very strong, with James attending a huge "Day of the Dead" festivity in Mexico in one of the whole franchise's most gorgeous pre-credit opening sequences. Bond is there to kill someone, things get a lot more explosive than he planned, and James needs to be his most tenacious self to make things work out in the end. Cue a dark, sexy title sequence and a cold welcome in the London office of MI-6, where Bond's rather visible approach is not appreciated.

But Bond is obviously hiding something from both friends and foes, and especially from his colleagues who might be both. For unknown to MI-6, James has received a secret assignment from an old acquaintance, and a chance to strike back at an invisible enemy which has been plaguing him...

So, yeah... dark thriller, dread, drama. Check, check, and check. The flashy universe of James Bond has never looked hazier and murkier than in Spectre. That this doesn't become ugly or visually boring is because of excellent work by cinematographer Hoyte van Hoytema, who we all love for Let the Right One In, Interstellar, and (most fitting) Tinker, Taylor, Soldier, Spy. Skyfall was rightfully lauded for Roger Deakins' great cinematography, and I wouldn't be surprised if Hoyte van Hoytema's work here gets equally appreciated.

While its story takes a few strands and pointers from Quantum of Solace, Spectre is far more a companion piece to Skyfall. Director Sam Mendes helmed both, and both films share a focus on James' past character development. Unfortunately, both films also share some serious blind spots with regards to logic. Back in 2012, Brian Clarke saw Skyfall, and check this quote from his review:

There are a few baffling jumps in the plot, which I normally wouldn't mention in a review of a Bond movie, except that the movie is so assured most of the time that they are difficult to ignore. There are also a few thematic threads that Mendes inexplicably hammers home over and over again even though they weren't terribly profound or important in the first place.

Whoa. True words, all of them, and fully applicable to Spectre as well. And once again Bond gets baggage added to his "mythos" that isn't... well... actually adding anything.

This is a film which does fine work setting up a serious atmosphere and suspension of disbelief in one scene... only to see it all wasted in the next scene when some of the Bond franchise's silliest tropes make a re-appearance. We have a superhuman henchman, car porn, a genius super-villain who nevertheless lets Bond keep his gadgets during interrogation... ugh. Things like these would normally be called par for the course in a Bond, but when the groundwork has been set to advance to something better, when the filmmakers actively invite you to take away your bullshit filter... it hurts to then be hit with silly bullshit.

I get that a Bond film needs to be entertaining, but does that imply it has to be stupid as well? You'll see James Bond secretly investigating something in Morocco, staying inconspicuous by having a ravishing Léa Seydoux in a very revealing glamorous dress traipse through the back-allies of Tangier. Yep, that doesn't attract attention at all. There are far better and more jarring examples, but they'd include spoilers.

Speaking of Léa Seydoux, she's fine, though she is a constant reminder that James Bond is no longer the only player on the glamorous spy market. I couldn't help wondering if she fell off of that tower in Mission Impossible 4 to arrive straight into the hospital where we first find her in Spectre. At least she has more to do than Monica Belucci, whose appearance here was much-heralded (with many cries of "finally Bond dates someone his own age!"), though it amounts to little more than a brief cameo. Christoph Waltz is there as well and doesn't make a buffoon of himself, but he never gets to be as charismatic as Javier Bardem was in Skyfall. Then again, that is a rather high bar to reach I suppose...

The action is a mixed bag as well. The intimate fights are great, and I loved seeing Daniel Craig and Dave Bautista square off against each other. But throughout the movie, the bigger the explosions become, the more obviously fake the stunts are. Another ugh..

All in all I liked Spectre, but it's too flawed for me to love it. Merging a serious story with Bond's sillier shenanigans may be difficult, but Casino Royale somehow managed it. Spectre, however, falls well short of that high-mark, and as great as some of its moments are, it might actually be the weakest of the Daniel Craig Bond movies.