Review: THE DEAD LANDS, Action Painted On A Broad Canvas 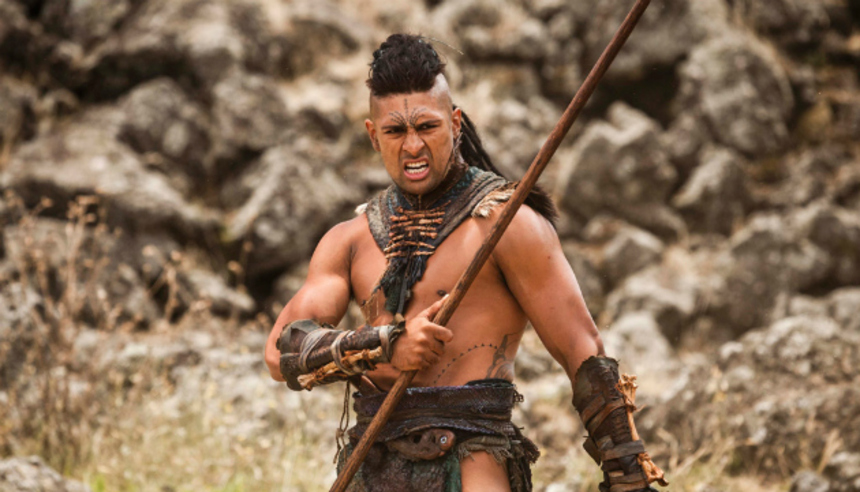 As is often the case with a classical heroic journey, what you get out of the quest is often what you bring to it. With some humility and patience, you'll be rewarded; wanting rewards without putting in the work to earn them will result in disappointment.

Toa Fraser's The Dead Lands is a slow burn, one that sprinkles moments of action and violence into what's really a quite convincing Campbellian heroic tale. This is a journey that takes its time, stopping along the way to explore issues of family, honor, and ancestral duty within the context of a young man thrust into circumstances that must make him a man.

The film's archetypes are made overtly manifest, from the monster in the dark woods, the big bad guy making for a fine protagonist, and of course our young hero making his way through a world for which he is barely able to cope.

Yet the power of this film lies not in what it shares with other films, but its unique quality and flavour. While not drawn from an explicitly Maori tradition, and while it borrows liberally from other Native elements (such as the so-called "Mowhawk" haircuts), the film nonetheless provides what feels to be a genuine, heartfelt look into the traditions of Native New Zealand culture.

The action elements -- and there are plenty -- are constructed to further emphasise these elements. Traditional weaponry is buttressed by other ceremonial implements, crafting a kind of melange of elements that feel authentic. Connections to the spirit world, and the use of hallucinogens to help the voyage to that world, are also employed as both echoes of traditional experiences and of ancient tales from numerous cultures. Director Fraser mixes this sense of spiritualism with some astonishing and lush cinematography, as well as more than a few visual flourishes for the action sequences borrowed from classic martial arts films. The ensemble cast, led by James Rolleston and Lawrence Makoare, inject the film with both a seriousness and liveliness that is compelling. Yes, some of the characters are pretty two dimensional, but once again that plays very much into the feeling of the film as a retold fable.

Audiences expecting wall-to-wall action will lose patience, as the film is quite deliberate in allowing the more quiet moments of character development, particularly on the spiritual side, to be fostered. It's possible that some tightening up of the edit might have made for a bit more of a taut experience, especially as a couple of the action sequences come close to be being redundant.

Despite these reservations, the film remains an amazing accomplishment, one that brings the physicality of the Maori warriors to international audiences; as well as, and even more crucially, its language to a wider world. It may be an aspect too easily dismissed, but the decision to have the film presented with subtitles, allowing the performers to speak in their Native tongue, is a critical aspect of the film's success.

There's a musicality to the language, with both percussive elements and soothing cadences, that feel well in keeping with both the setting and style of storytelling. Given that Maori battle culture is entwined with its language, the chants and battle cries very much part of its dance-like form of martial arts, the producers were wise to never push the film to become more mainstream, as it would have diluted much of its impact.

Review originally published during the Toronto Film Festival in September 2014. The film opens in select theaters in the U.S. on Friday, April 17.