Destroy All Monsters: Universal's Monster Movies Ate The Summer Of 2015 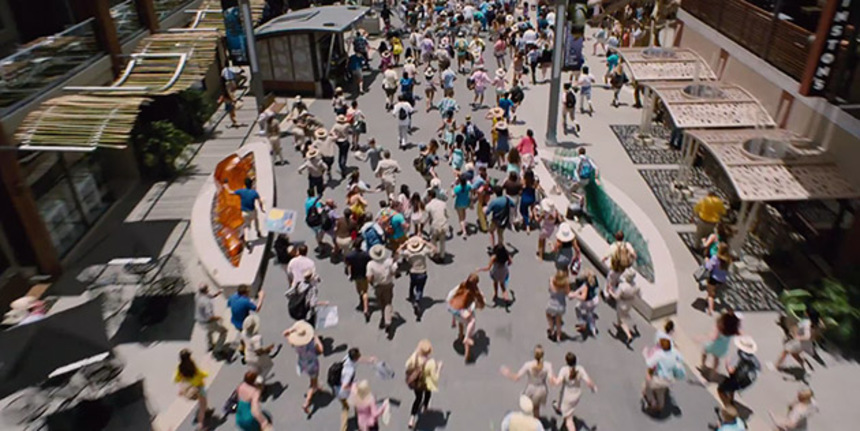 Earlier this month Universal took the record for the fastest studio to the $2 billion mark (domestically) in any given year. This isn't particularly surprising - Universal has ruled the roost since Furious 7 came out in April, with an unparalleled string of box office champs culminating in last week's Straight Outta Compton.

The jaw-dropper in the figure, though, is the timing. Universal's record for fastest-to-$2 billion stands at August 15. The previous record holder was Warner Brothers, for 2009, where they crossed the $2 billion finish line on December 25th.

Now, Universal had some help in this from the exigencies of circumstance. Furious 7 was meant to open on Memorial Day last year, before Paul Walker's untimely death both moved the release date to Universal's 2015 slate, and created an even larger public interest in a film that would have done just fine, thank you, financially regardless.

The idealist in me wants to think that Universal's successes are also at least partially due to their being, by this slate of films anyway, well ahead of the curve in the culture wars. They are kicking the crap out of everyone else, representation-wise.

Furious 7 has the most mixed-race cast of any major franchise in America. Pitch Perfect 2 is built on lead female performances and a female director. Straight Outta Compton turned a hip hop biopic into something like a mythic origin story.

Sure, Jurassic World dove straight down the rabbit hole of Give Conservative America What They Want - shit-hot Chris Pratt mixing it up with Bryce Dallas Howard rediscovering the importance of traditional female values, while running in high heels - and Minions paid off fart and poop jokes and just wandered away to cash the cheque.

Nonetheless, it's a surprisingly encouraging snapshot of where Hollywood is in 2015.

Here's another thing that's encouraging: the fact that people went. The aforementioned Furious 7 swap was one of many reasons that 2014 came in softer on overall grosses than the industry might have hoped; pundits are overeager to scream "slump!" anytime year-over-year performance even suggests that it might be on the way down.

2015, on the other hand, has added three films to the all-time top ten grossing motion pictures, and two of them came from Universal. Jurassic World and Furious 7 caught fire and did so brightly and spectacularly, pulling people who might just as well have been home watching Game of Thrones into the multiplexes to see what all the fuss was about. I think we can officially set the Doomsday Clock for the end of traditional moviegoing a few minutes back, for the first time since Avatar.

The ecosystem seems to have finally stabilized in the wake of a few shaky years of '50s-style gizmos (stereoscopic glasses and vibrating seats) and the clunky conversion to the mega-franchise model. Star Wars has been long in coming, but finally seems to be landing - and is taking a page from Universal's book, with a surprising representational range in the casts (if not in the above-the-line creators).

With the rest of the decade cleanly roadmapped by the mega-franchises to beat (Star Wars, Marvel, and DC), Universal's summer of success suggests that the interesting part will not be watching those labyrinths unfold, but rather, seeing what else bubbles up to steal their cheese.

Surely, no one saw Jurassic World pantsing Avengers: Age of Ultron for the top slot in this summer's horse race (though really, both films did vast, substantial business, so no one should be crying). And if Universal's bench-strength all year has been carefully-nursed franchises coming home to roost, the way they're doing it - with a Straight Outta Compton chaser, no less - suggests hope for how such organizations are thinking about their market, and what tools they're leveraging to get at that market.

And as a film fan, there's something uniquely pleasurable about the fact that the crown jewel of Universal's achievement was, eighty years after the '30s, a monster movie. Sure, the Wolfman never turns up in Jurassic World (or Pitch Perfect 2, that I'm aware of anyway), but the spirit of the brand's approachable, entertaining charm was in every second of those pteranadons chewing on Costa Rican tourists. Bring on Skull Island.