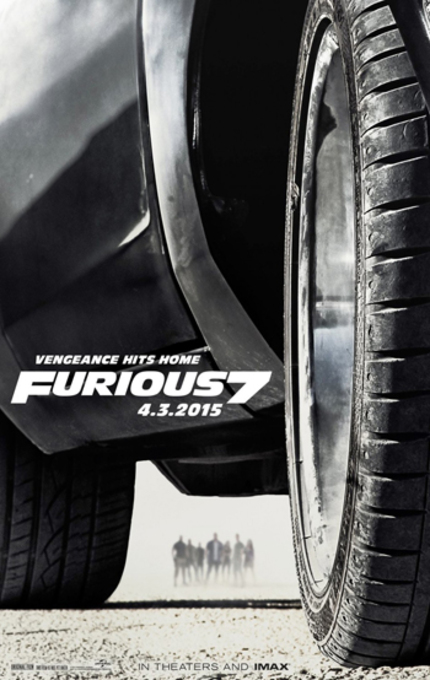 [Engines are revving with news that Thailand's Civil Court has struck down the injunction against releasing Furious 7 following an appeal filed by Jaa, Universal and UIP.]

The ongoing drama between Thai star Tony Jaa and Sia Jiang - the head of Thailand's Sahamongkol studio for whom Jaa starred in Ong Bak and Tom Yum Goong - continues with word that Jiang has been granted a court injunction blocking the release of Furious 7 in Thailand pending resolution of an ongoing contract dispute between the Thai studio and the star.

For those needing a primer on the dispute - we first reported on it here with a response from Jaa's management here - what it boils down to is this. When he initially joined Sahamongkol, Jaa signed a highly restrictive 10 year contract with the studio that prevented him from doing any work with anyone else anywhere in the world without the permission and participation of Sahamongkol, permission which they consistently refused to grant anyone. There is some question about whether this sort of contract is even legal in Thailand in the first place - I'm told it's not, but I won't pretend to be a Thai legal expert - but the conflict really spiked when that contract expired. When that initial contract came to and end immediately following production on Tom Yum Goong 2, Jaa moved on to other things and very quickly signed on to star in Furious 7. Meanwhile, Sahamongkol - wanting to keep their biggest star - sent someone by his house with a contract extension for a further ten years which they say was signed, not by Jaa himself but by another family member. Despite Jaa never signing an extension himself the studio holds that this is legally binding and continue to seek to block him from outside work.

And so we come to this: A week prior to the release of Furious 7, Sahamongkol have filed a court injunction to block the release within Thailand requesting damages of 1.6 billion Thai baht - roughly $50 million US dollars. They state damages were calculated based on the cost of hiring Jaa from them and - this is the good bit - "expenses to promote other films that made him famous." So, yes, Sahamongkol want fifty million dollars from Universal Pictures for making Tony Jaa famous.

The injunction has been granted pending discovery and, given the closeness of the release, this effectively means that Furious 7 will likely not release in Thailand at all unless the judge takes a look at the merits of the case and throws it out within the next couple of days.