Patryk Czekaj
Contributing Writer; Tokyo, Japan (@patrykczekaj)
Tweet Post Submit
We've been waiting for this moment for a whole year now: Thursday, April 23rd marks the grand opening of the 17th Udine Far East Film Festival, without a doubt one of the world's most important cultural events dedicated exclusively to genre and mainstream Asian cinema.
A beautifully situated and wonderfully organized festival that attracts a growing number of visitors every year, Udine Far East Film Fest will be inaugurated by the legendary Joe Hisaishi, composer best known for his wonderful scores for many Miyazaki Hayao and Kitano Takeshi masterpieces. Perhaps to no one's surprise, tickets for this truly unique concert sold out in less than a week.
The festival will showcase 63 feature films, 4 documentaries and 4 short films representing 11 countries, and host many special guests, including Jackie Chan, who will present the international premiere of his latest project, the historical epic Dragon Blade, which is also the fest's official opening film. Other notable guests will include Herman Yau (Sara), Yamashita Nobuhiro (La La La at Rock Bottom), Take Masaharu (100 Yen Love, Unsung Hero), Teddy Chen (Kung Fu Jungle), Chih-yen Lee (Meeting Dr. Sun), among others.
The event will conclude with a screening of Tsui Hark's period action-adventure The Taking of Tiger Mountain. Digitally restored versions of China's Stage Sisters (1964), Japan's The Tragedy of Bushido (1960) and South Korea's The Man with Three Coffins (1989) will also have their world premieres at Udine.
Loïc Valceschini and I will be on the ground covering the festival, so keep an eye out for our posts and, if you see us out and about, come and say hi! In the gallery below, we've handpicked some of our most anticipated films of this year's fest. Be sure to check it out!
The 17th Udine Far East Film Festival runs from April 23rd to May 2nd.


Loïc Valceschini contributed to this story. 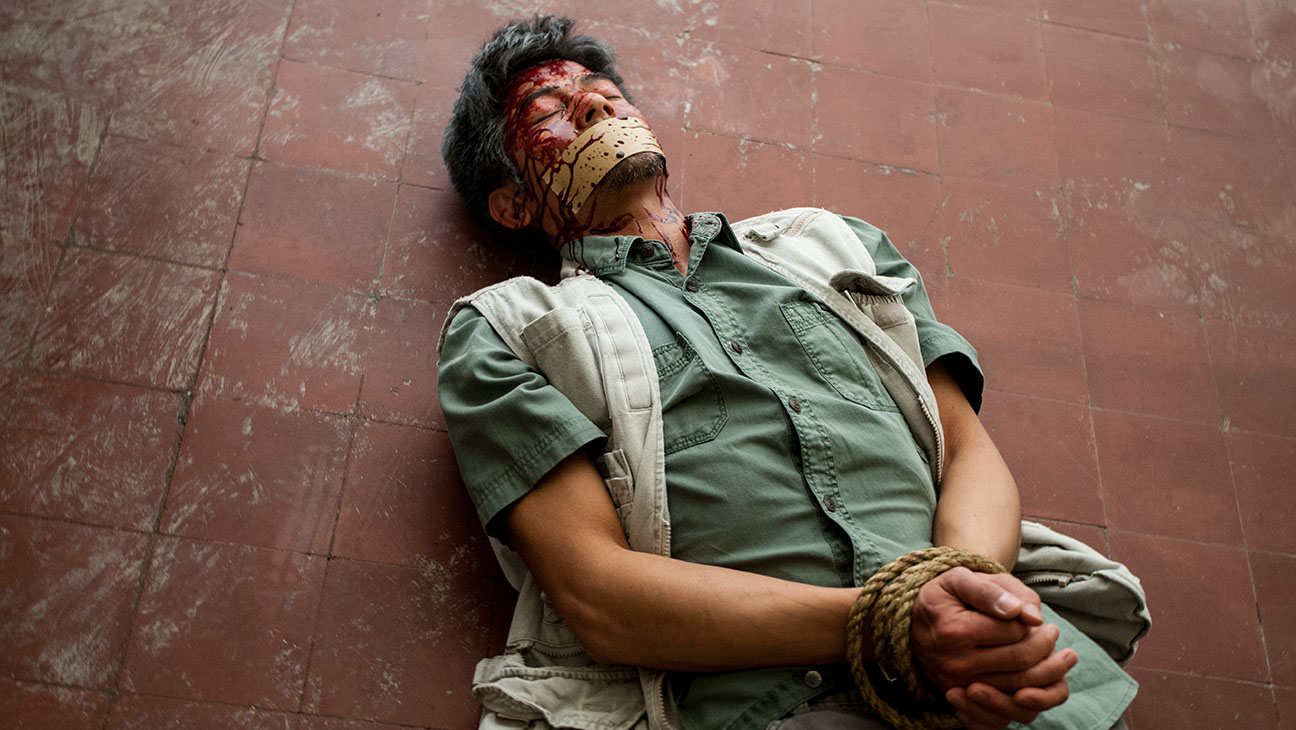 Despite its many unexpected tonal shifts, Philip Yung's 2014 effort May We Chat was arguably one of the darkest, and most intriguing films of the last year's fest. With Port of Call the talented writer-director continues his journey down into the depths of Hong Kong's underground -- and invites viewers along for the thrilling ride. Based on a real murder case that shocked an entire nation in 2008, this sinister and grim Aaron Kwok starrer might cement Yung's position as one of HK's best filmmakers. Bonus: Philip Yung will attend the festival. - Patryk Czekaj 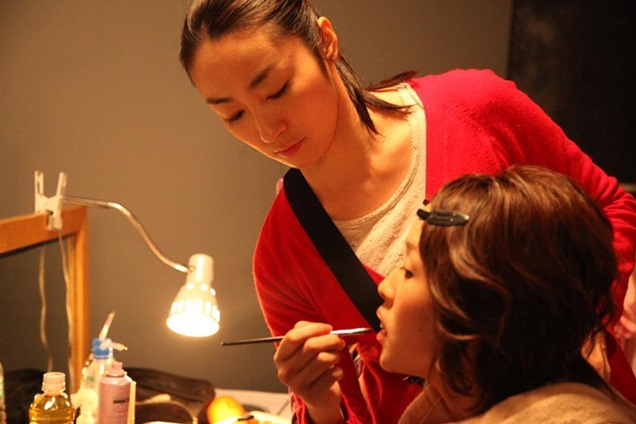 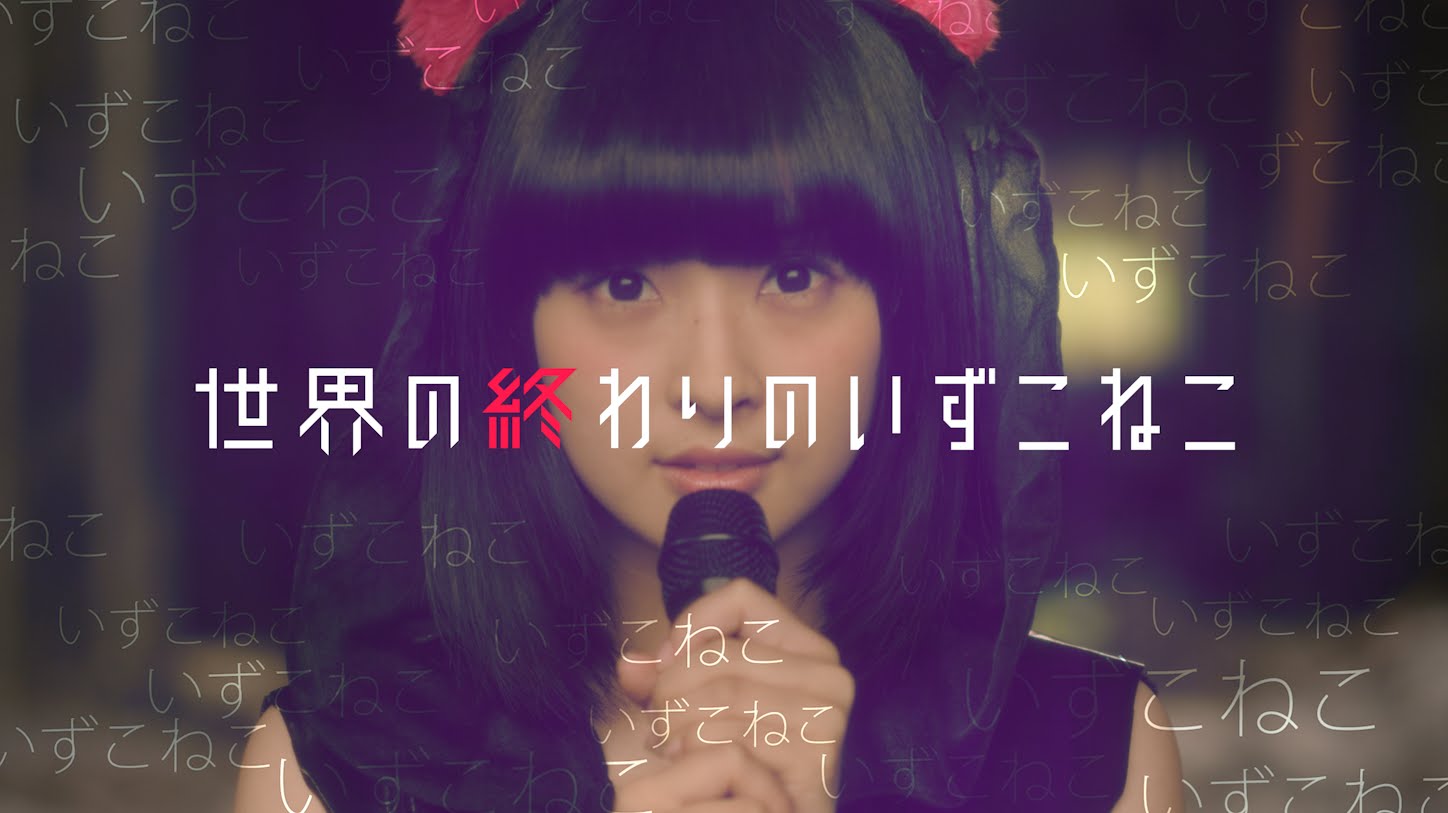 The End of the World and the Cat's Disappearance, TAKEUCHI Michihiro, Japan 2015, International Premiere

Famous mostly for his YouTube videos that focus on live performances by well-beloved Japanese bands, Takeuchi Michihiro made his feature debut in 2012 with Atarashii Sensou wo Hajimeyou (which literally translates as "Let's Begin a New War"), a film that's virtually unknown to western audiences. Now he's more than ready to make a splash on the international scene with this weirdly intriguing sci-fi tale that takes place in 2035 Tokyo and centers on an idol girl who wants to save the world from a future disaster. The properly Murakami-esque title adds an element of intrigue to an already fascinating premise. - Patryk Czekaj 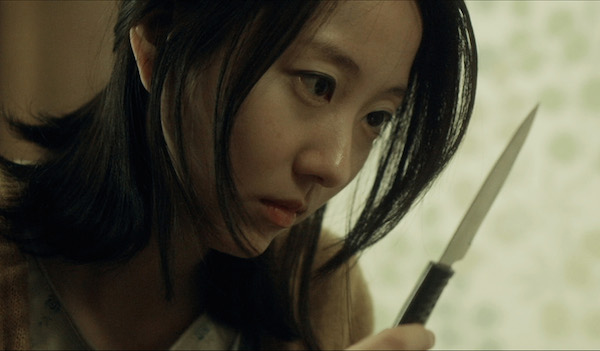 From what we've heard Yoo Young-seon's disturbing and atmospheric indie film might be one of the most solid additions to South Korea's horror genre in recents years. Although The Wicked world preemed at the Jeonju International Film Festival in May 2014, it will have its international premiere at Udine almost a year later. A perfect midnight chiller that hints at its dreadful atmosphere and stalker premise, Yoo's debut feature will surely be one to remember. - Patryk Czekaj 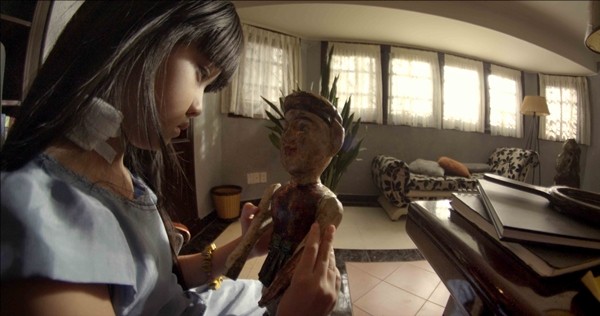 Although the premise behind Hollow -- in a remote Vietnamese village a girl gets possessed by demonic spirits -- sound weirdly familiar, what actually makes Tran Ham's ghost-hautning horror especially interesting are the social and cultural overtones that gradually creep into the film's storyline. Besides, due to various reasons, until now it's been really hard to find a horror filmed and produced entirely in Vietnam. - Patryk Czekaj 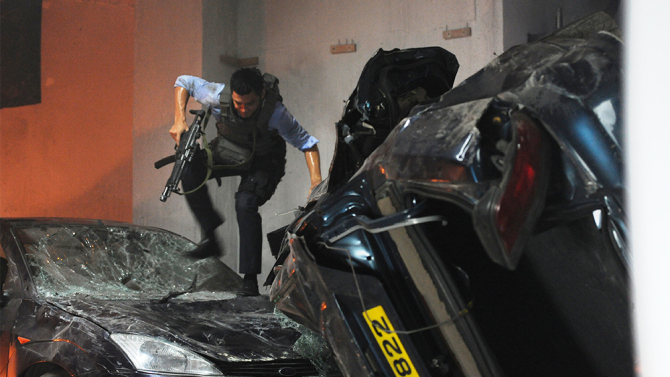 One of the films I'm the most excited about is Sunny Luk and Longman Leung's Helios. Both filmmakers previously made a hugh impact within the mould of Hong Kong action cinema with their nervous Cold War, which was a well written attempt to reinvigorate the genre. Their follow-up seems to continue on the same path, with a story involving stolen uranium and – from what we can see from the trailer – some good looking action scenes. Its top notch casting notably stars Jacky Cheung, Nick Cheung and Wang Xueqi. - Loïc Valceschini 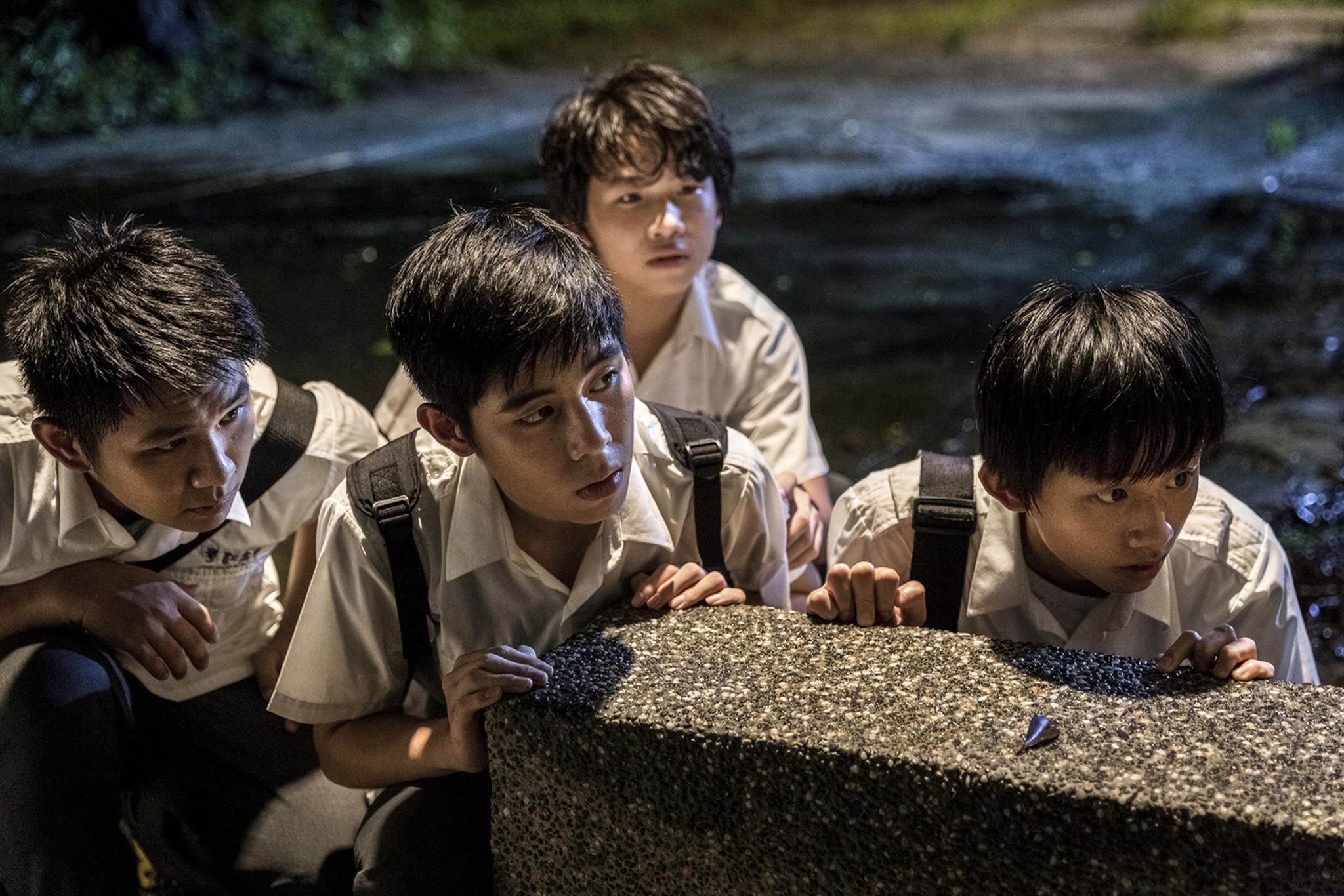 With its prestigious festival run and its many awards (it won the Grand Prix at the last edition of Osaka Film Festival as well as the Best Original Screenplay at the 2014 Golden Horse), Meeting Dr. Sun proves to be one of the (many) seductive titles from Udine's line up. Described as a high-school heist comedy, Yee Chih-yen's film tells the story of two opposite groups of teenagers aiming to steal a precious statue. According to James (you can read his review here), the film never lacks humor and shows great skills in its narration. - Loïc Valceschini

The Eternal Zero director (winner of Udine's 2014 Audience Award) comes back to the festival with his two parts adaptation of Iwaaki Hitoshi's Parasyte. The cult manga, which accordingly to James Cameron himself was a direct influence on the design of the T-1000 shapeshifting abilities, is a favorite of mine and despite mixed reviews (read Chris' views on the film here), I'm curious to discover how Sometani Shôta approached the material. The festival will hold the international premiere of the second installment. - Loïc Valceschini 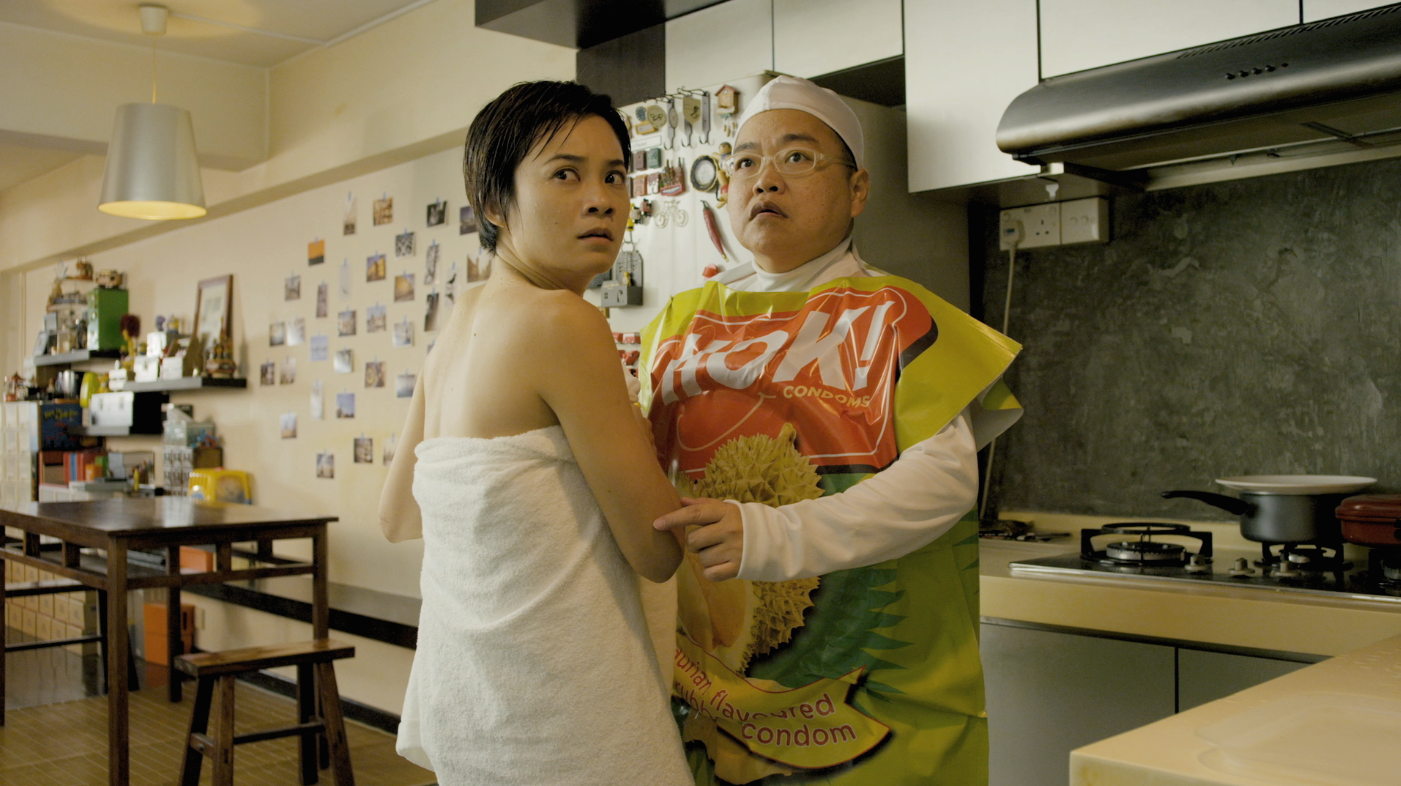 To be totally honest, I had never heard of Han Yew Kwang's Rubbers before noticing it in Udine's line up, but how could you possibly not be interested in a ''condom-comedy''? Although the festival has always been inventive in coining new sub-genres to fit their selection, here it perfectly describes Rubbers. Far from Quentin Dupieux's killing tires, Han's comedy narrates the sexual adventures of a woman who sees an imaginative man disguised as a giant condom giving her advices as how to act with men. The director stated that he made this film because he would like Singaporeans to talk more about sex and have more sex – let's see how it goes! - Loïc Valceschini 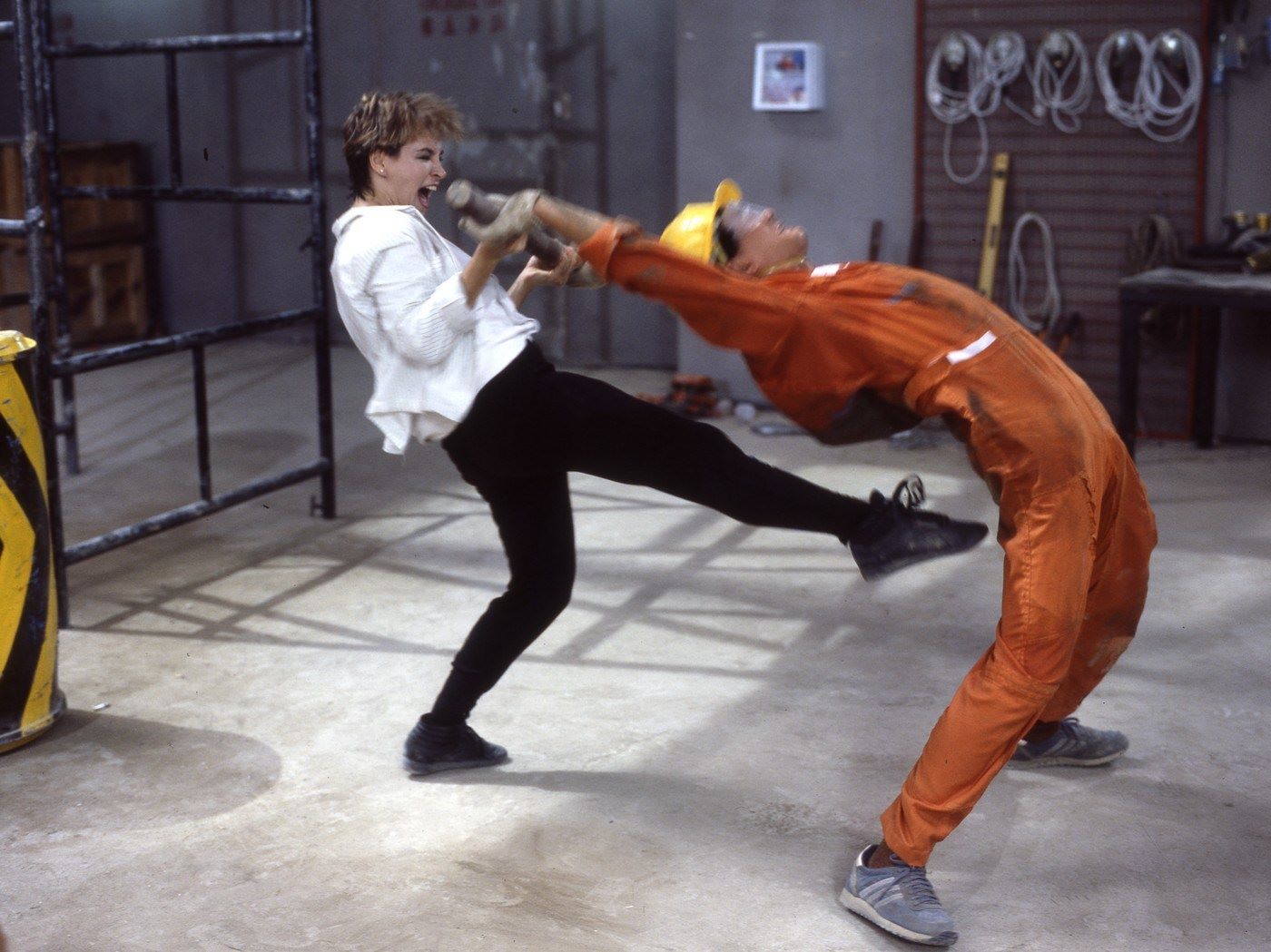 There seems to be a trend among European genre film festivals since several of them (Imagine, BIFFF and now Udine) are throwing tributes to HK glorious days of action cinema. Udine's take on it contains six entries of la crème de la crème. Alternating the genres, the selection covers from pure kung fu (Bruce Lee's The Way of the Dragon) to ghost kung fu comedy (Sammo Hung's Spooky Encounters). The festivalgoers will also have the chance to (re)discover Ching Siu-tung's first film, the lavish wuxia pian Duel to the Death as well as Jackie Chan's cult kung fu comedy The Young Master and Tsui Hark's epic martial arts odyssey Once Upon a Time in China 2, in which Jet Li's Wong Fei-hung fights an evil Donnie Yen. Finally, let's not forget about Corey Yuen's raw and edgy Righting Wrongs, where Yuen Biao and Cynthia Rothrock kick some serious ass. - Loïc Valceschini

Do you feel this content is inappropriate or infringes upon your rights? Click here to report it, or see our DMCA policy.
2015Asian CinemaFar East Film FestivalItalyUdine

More about The Wicked