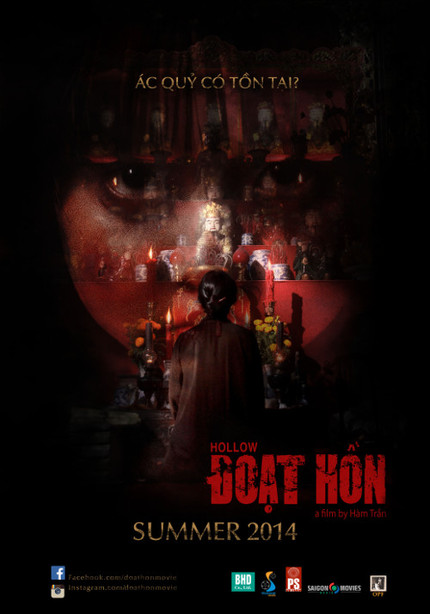 We first learned of Vietnamese filmmaker Ham Tran in these parts when he served as the editor on martial arts fave The Rebel and he's certainly been busy - and diverse - since. Back in October the Tran directed romantic comedy How To Fight In Six Inch Heels hit local screens and he'll be back on Vietnamese screens in June with new horror film Hollow (Đoạt Hồn).

A 6 year old girl falls into a river and drowns. One week later, her uncle, a police captain, travels to a remote village to claim her corpse, only to find that the girl is very much alive. He brings her home, but does not tell her parents that she was found dead. Strange things begin to happen as her family discovers that she is possessed. The latest film from director Ham Tran. The film is scheduled to be released this summer in Vietnam.

Though the release is still five months away the first teaser has been released online and this is one very impressive bit of work. Take a look below.