Bob Odenkirk And David Cross Returning To Comedy For Netflix 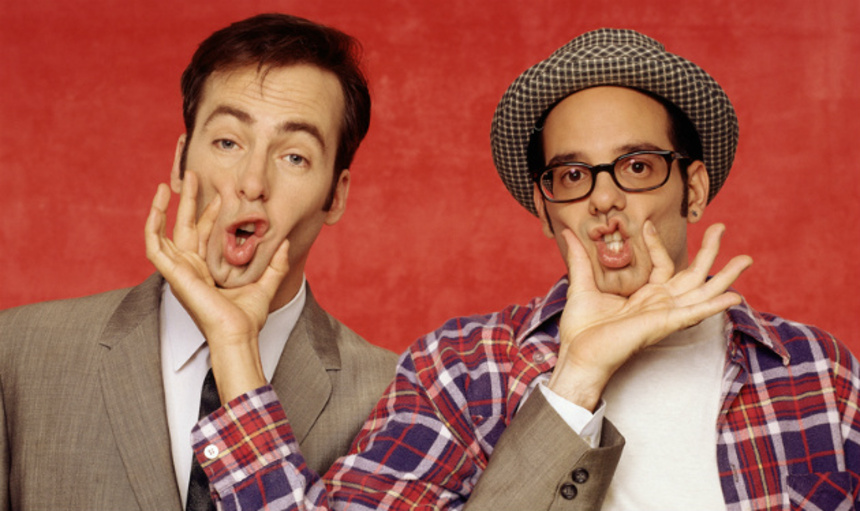 Bob Odenkirk has been winning deserved critical plaudits lately for his excellent, nuanced, dramatic performances in the TV series Better Call Saul but he's ready to return to his comedy roots. He'll be reteaming with David Cross in a new sketch comedy series for Netflix.

Titled With Bob and David, the series "will consist of four half-hour episodes and an hourlong making-of special," according to The Hollywood Reporter. Odenkirk and Cross will appear as "dishonorably discharged Navy SEALs."

Odenkirk and Cross made a big mark with their HBO series, Mr. Show With Bob And David, though they actually first collaborated on the short-lived The Ben Stiller Show. The duo will write and act in their new series, which will be filmed during Odenkirk's hiatus from Better Call Saul, already renewed for a second season next year.