Review: BETTER CALL SAUL S1E02, MIJO (Or, Talking Your Way Out Of Being Held At Gunpoint) 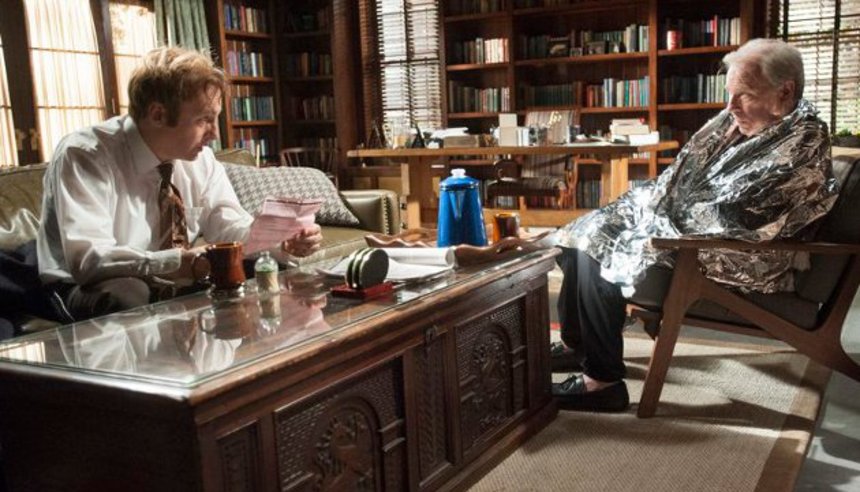 Better Call Saul deserves to be talked about for its own merits, so I'm going to put the Breaking Bad comparisons to one side this time around. Saul's second episode, "Mijo", throws Jimmy into a dangerous and seemingly deadly situation, but it's how he handles himself that goes a long towards proving why this character will be a great one to watch.

What's key, really, is that this is a show more interested in the "how" than the "what". Because it's a prequel, we all know Jimmy's not going to die and that he's going to live on to become Saul Goodman. The show barely bothers to establish threat and tension because of this, instead steering into intrigue and character development as it establishes that what's more interesting is watching exactly how somebody can talk themselves out of being held at gunpoint.

And having Tuco (Raymond Cruz) be the one holding the gun makes for another strong choice. Rather than feeling like a Breaking Bad callback, it feels like something new. We know what Tuco is in terms of his role in the life of Walter White, but how much do we know about who Tuco is? Not a whole lot. That's one thing that this episode remedies.

As we've learned that Jimmy is a man who cares deeply about his sick brother, we learn that Tuco takes care of his elderly grandmother and that his main reason for beating up the two skaters is that they insult her in front of him. This is just one way that Better Call Saul is taking these characters and deepening them by making them feel more like real people.

But, as Jimmy rightly observes, he's an incredible lawyer for not only saving his own skin but also for convincing Tuco to make the punishment fit the crime. Sure, the pair of scamming skaters end up with a broken leg each, but Jimmy's brought that back from a death sentence in remarkably confident fashion. It's easy to see how Tuco and his associate Nacho (Michael Mando) might have been impressed enough by the quick-thinking lawyer's skills. Will he end up having to defend them in court? Time well tell.

The tremendous direction and visual style of the first episode remain, with the episode sprinkling more fear and moral complexity into proceedings without losing grip of the tone established in the first installment. There's a brilliant montage showing the difficulty of Jimmy's work, and how he's finding it harder to reach for that essential confidence as a public defender. And then earlier in the episode, there's a wordless scene in a restaurant where breadsticks snapping creates a direct visual and auditory link back to Tuco gleefully breaking legs.

More than the visuals, though, "Mijo" is all about dialogue. "Wow, you got a mouth on you," is the first full sentence Tuco says to Jimmy. It makes for great television to watch just how he manages to worm out of this situation, getting a sense of who Tuco is before learning how to appeal to his code of justice and wriggle free.

What's interesting here is that Jimmy has no desire to get involved in this world at all, there's no simmering darkness within him and there's no hidden desire to be a criminal. No, what'll drive him to being involved will be something else. Ultimately, it might just be a lack of other conceivable options.