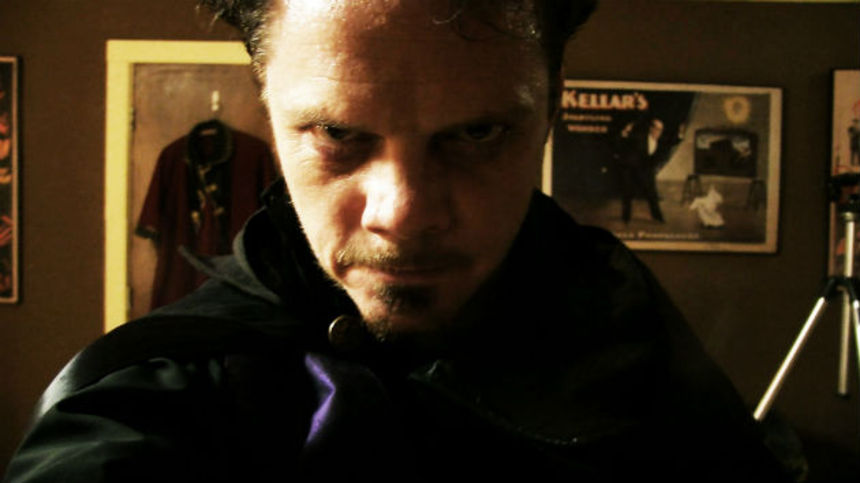 For the third entry of the franchise, V/H/S Viral delivers another mixed bag, with entries from Justin Benson and Aaron Moorehead, Marcel Sarmiento, Nacho Vigalondo, Gregg Bishop, and Todd Lincoln, whose segment "Gorgeous Vortex" was cut from the film for mysterious reasons.

The series' most challenging aspect remains its wrap-around segments, which serve to loosely link the stories together. For an anthology, one would assume that these would be among the strongest in the film; sadly, that's not the case. "Vicious Circles" features an ice cream truck and an amateur "stringer," the term for an ambulance chasing news reporter. The ice cream truck is on the run, delivering death and mayhem in lieu of tasty frozen treats. That's really all you need to expect, besides super shaky camera work and a cop getting brilliantly run over. There's some sex in here, too, yay.

Bishop directs "Dante the Great," the strongest of the segments here. Starring an ordinary magician who acquires Harry Houdini's spectacular cape, "Dante the Great" offers strong direction, acting, and wondrous effects. With Houdini cape, Dante becomes an equally powerful and famous magician. I won't ruin it, but such fortune comes at a price, and since this is a horror movie, you can probably imagine what price that may be. I highly recommend V/H/S Viral for this segment alone.

Vigalondo's excellent "Parallel Monsters" is like a short Lovecraft sequel to the director's Timecrimes. A scientist opens a portal to a parallel universe in which he meets his double. Fascinated, the two decide to venture into each other's worlds for a 15-minute exploration into hilarity and horror.

Benson and Moorehead turn in the last segment, "Bonestorm," which features prominently in the film's trailer. A group of skateboarders run afoul of cloaked skeletal creatures in Tijuana. The lead up of shenanigans is slow and anything but scary. However, the payoff is fun -- even more so if you happen to be a preteen boy.

Overall, V/H/S Viral is uneven in terms of tone, but mostly good, with another disjointed wrap-around story. Like many franchises, whether they're fast-food chains or hotels, Viral is very similar, the flavor or guilty pleasure one becomes used to; if you like the first two entries in the series, you'll like this one.

Review originally published during Fantastic Fest in September 2014. The film is now available via various Video On Demand platforms, and will open in select U.S. theaters on Friday, November 21. Visit Magnet Releasing for more information.