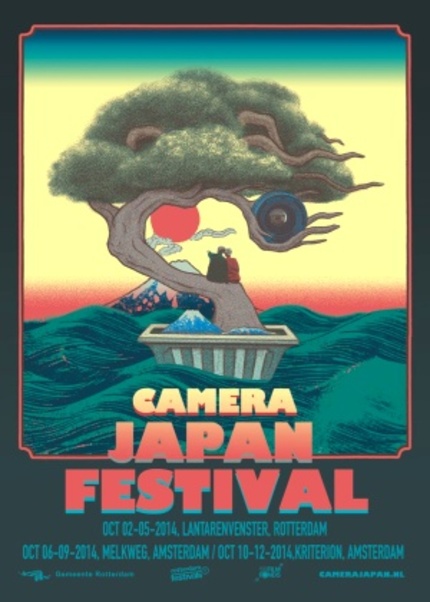 UPDATE: The festival has now released its full schedule, and has opened its ticket sales. Click this link for more details.

This October, the Camera Japan Festival returns, starting as always in Rotterdam with its full selection, before travelling to several other locations.

While the festival is primarily focused on Japanese films (more than 40 are in the program), there are always live performances, lectures, expositions and workshops about Japanese culture as well. Thankfully this always includes great food too!

This year, the festival's theme is "J-Dream", meaning whatever is weird, fantastical or wonderful. The lecture topics include Japanese manga-architecture, and the fantastical elements in Japanese literature.

For a taste of "J-Dream", just check out this year's poster...

The films are mostly shown for the first time in the Netherlands, but there are some international premieres (first showings outside of Japan) as well. Several ScreenAnarchy-favorites show up in the program:

And that's only part of the program!

Camera Japan starts on Thursday the second of October, and the Rotterdam part will continue until Sunday the 5th, after which the festival moves to Amsterdam.
Tweet Post Submit