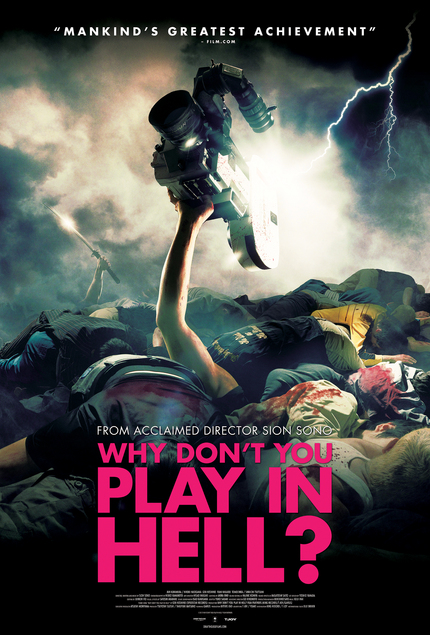 With its arrival on North American shores imminent a new trailer for Sono Sion's gonzo Why Don't You Play In Hell has arrived online. I literally ate my shirt at Fantastic Fest last year because of this film (and R100, it was a team effort) and the general level of insanity it inspires. Here's how the Toronto International Film Festival pitched it back in the day:

A renegade film crew known as "The Fuck Bombers"! Yakuza gangsters hell-bent on revenge! Decapitated heads! A French kiss from a mouth full of broken glass! And a catchy toothpaste commercial jingle ... ?!

Cult film director Sion Sono, known for his outlandish work including Suicide Club, Love Exposure and Cold Fish, is back with Why Don't You Play in Hell?, a wild, perverse, and bloody tale guaranteed to leave the audience slack-jawed in shock.