Dustin Chang
Lead Critic; Brooklyn, New York (@floatingartist)
Tweet Post Submit
Each year, Film Comment Magazine holds a film series at the Film Society of Lincoln Center, its selection of films assembled from festivals around the world by its esteemed editors. In its 14th year, Film Comment Selects 2014 consists of 22 films (17 of them local premieres) from all corners of the cinema spectrum, including genre tropes, new films by seasoned and upcoming filmmakers, well-deserved revivals and Jane Campion's much praised TV show Top of the Lake in its entirety.

It will also feature two earlier works (Wolfsberg and Ghosts) of the lead figure in Berliner Schule, Christian Petzold, The City of Pirates -- a seldom seen masterpiece by the master surrealist Raul Ruiz -- as well as the adaptation of Betrayal, arguably the greatest play that famed playwright Harold Pinter ever wrote, starring Jeremy Irons and Ben Kingsley.

The series will open with Hong's lastest film Our Sunhi and close with Bertolucci's Me and You. Please visit Film Society of Lincoln Center website for the full list and tickets. The series runs from February 17-27.Meanwhile, here are previews of five films I was able to watch in advance: 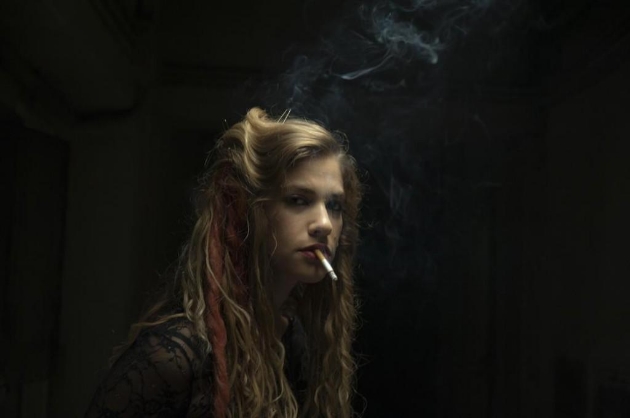 ME AND YOU - Bernardo Bertolucci *Closing Night Selection

The reason there hasn't been a new Bertolucci film for more than ten years was because the now 72-year-old master has been having health problems. His bad back led to multiple surgeries and, ultimately left him wheelchair-bound. Me and You, his new film, directed from his wheelchair is a simple, affecting story of a 14-year old loner and his older junkie sister bonding over the course of a week, trapped in the basement of their parent's apartment building.

The film is unexpectedly sweet. Sure, there is a bit of Bertolucci's usual sexual innuendos/brashness but skin is kept to a bare minimum. Lorenzo (Jacopo Olmo Antinori), a pimply young Malcolm McDowell lookalike fakes a school ski trip to get away from the world and his overbearing mom into the stuffy basement. He gets provisions (junk food) for a week, brings his computer, music and a freshly purchased ant farm for entertainment. But his peace is suddenly interrupted by his twenty something half-sister Olivia (sultry Tea Falco). She is heading up to the countryside to her friend/lover's, but first, she needs a place to crash in Rome to clean up her drug habits. Since she hates his mom, she blackmails Lorenzo to let her stay in his escape pad. Bertolucci uses a confined space effectively: the tiny shared space forces the siblings to bond and share intimate moments. Seeing these slightly drawn characters portrayed by not-too-pretty unknowns is refreshing in the world saturated with cookie-cutter pretty young thangs on TV.

If concentrating on youth reinvigorated Bertolucci to direct again despite his conditions and the result is this good, I am all for his future endeavors. The great soundtrack starts with The Cure's Boys Don't Cry and ends with Bowie's Space Oddity. 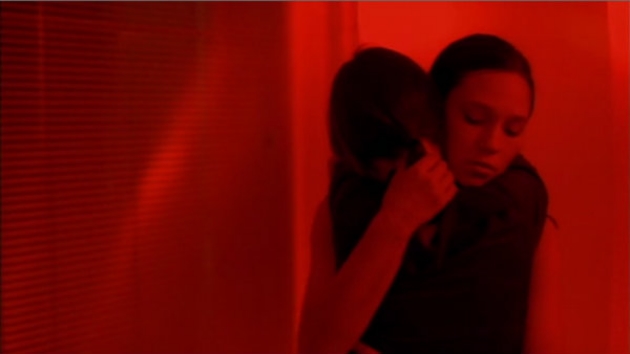 I don't like intricate puzzle piece films where all the elements neatly tie together and where everything gets explained at the end. Christian Petzold's Gespenster (Ghosts) is a beautifully structured film that never sacrifices its enigmatic quality. And it's also madly affecting.

A sullen young girl Nina (Julia Hummer) who lives in a group home, witnesses Toni (Sabine Timoteo) getting physically assaulted by a couple of roughnecks in an wooded park. Lonely Nina is at once infatuated with Toni, a hard edged, snarling bad girl, who is in turn, unafraid of taking advantage of Nina and everything else. Then there is Françoise (Marianne Basler), a mentally disturbed French woman in Berlin, looking for her long lost daughter.

There is a revealing scene with Nina where she talks about her dream in a tiny voiced monologue. According to the dream, Toni is her best friend, protector & lover and it's been that way for a long time, even before they met. Toni is her desire incarnate. There are desirers and desirees. There is fantasy and there is real life. The lines between them blurs in Ghosts, but not in an ethereal, non-sensical way. Nothing feels deliberate in a world Petzold creates.

Timoteo is a force of nature. Her cold stare breaks your heart a thousand times and her smile amends it a thousand more before she breaks it again. But it's Hummer who shines in her demanding role. It's a sad film. Nina is the Red Riding Hood or Alice who ends up exactly in the same place where she started. The implication of Nina being a ghost (not in physical sense) deeply affected me more than any other films I've seen in recent years. 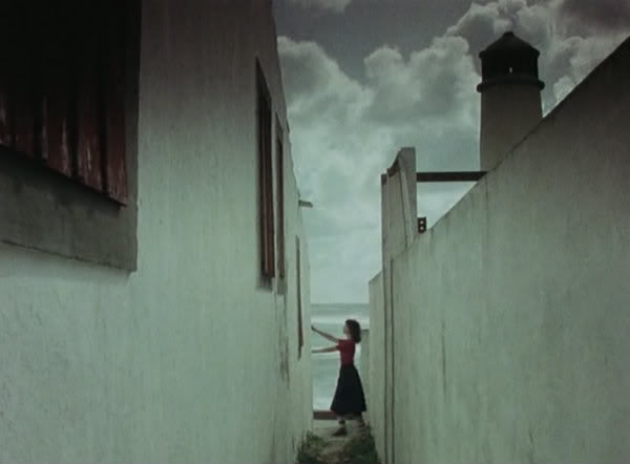 Ruiz's adult fairytale has no city nor pirates but rather crazy colors, an incomprehensible plot and Anne Alvaro's long, emotionless face. It has something to do with Ophelia complex and being trapped by family, gender, history, time....

Most of the surreal dialogue/monologues completely went over my head, but the haunting images have cumulative effect as the film progresses. It is not completely impenetrable and not as mystical and silly as Jodorowsky-style surrealism, and so there seems to be more of a meaning and weight to Ruiz than just a simple mindfuck. 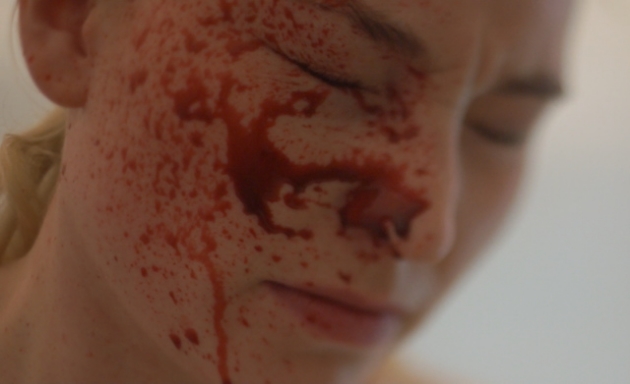 THE FLESH OF MY FLESH - Denis Dercourt

French director Denis Dercourt writes, directs, edits and also does camera sound work in Flesh of My Flesh, a psychological horror film in the vein of Repulsion. With a shallow focus and soft edges, the handheld image stays mostly concentrate on the face of mentally unstable heroine (new comer Anna Juliana Jaenner) for much of the running time. Anna, a young Austrian woman working as a domestic worker/nanny in France has a sick daughter. In order to improve her daughter's condition, Anna needs to feed her human flesh and blood. With often veiled, soft frames, Dercourt succeeds in reflecting Anna's singular mental state. Ultimately though, I found the film too clinically cold and distant and its elliptical storytelling devoid of mystery or seductive power. 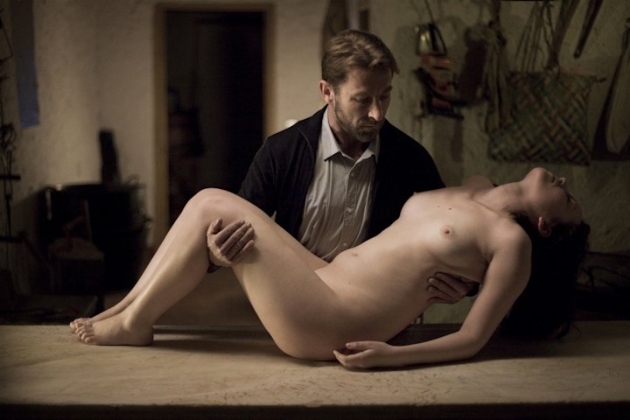 With a pitch perfect performance from Antonio de la Torre as the title role, Manuel Martin Cuenca's expert, low-key film betrays its not-too-subtle title. De la Torre plays Carlos, a soft spoken, loner tailor living in deeply the religious town Granada. He has a dark side: he likes to kill women whom he is attracted to and consume them. Things change when a flirtatious Romanian masseuse Alexandra (Olimpia Melinte) moves in to his building. After Alexandra's suspicious disappearance, her introverted sister Nina (Melinte playing a double role), comes into his life.

Sumptuously photographed and beautifully acted, Cannibal is a real gem. Cuenta manages to translate a tricky subject into a moving love story.

Do you feel this content is inappropriate or infringes upon your rights? Click here to report it, or see our DMCA policy.
city of piratesfilm comment selectsfilm society of lincoln centerghostsme and youour sunhithe flesh of my flesh