Vancouver 2013 Review: OUR SUNHI Floats Across The Screen 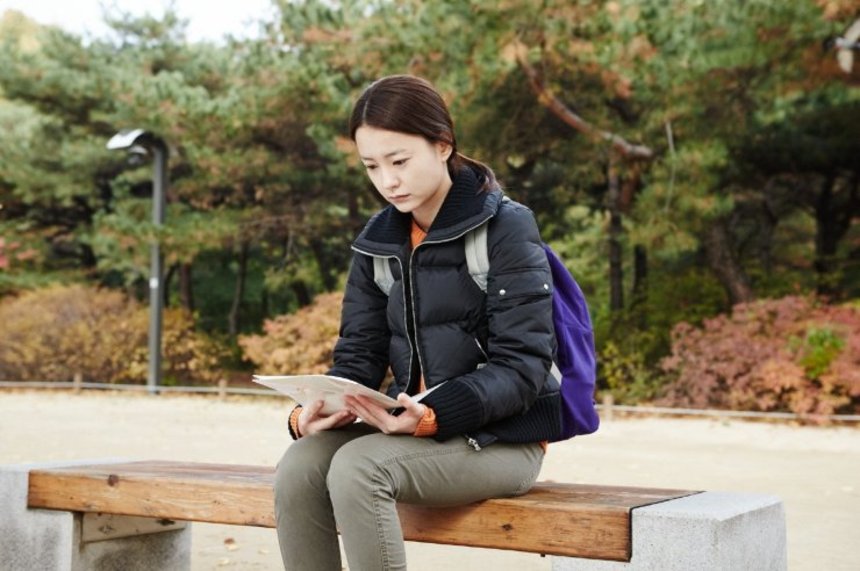 I always hesitate when reviewing a film by a prolific director whom I am mostly unfamiliar with, especially one with plenty of dedicated followers and specialists. Such is the case with South Korea's Hong Sang-soo, who typically pumps out two movies a year. Prior to 2013's Our Sunhi, I had only seen Woman Is the Future of Man some years ago, and therefore am a de facto Hong virgin. Let's say then, that this review shall function as an outsider's perspective on the auteur, who's now made 15 films.

Revolving around the Sunhi of the title, a twenty-something woman who has been avoiding her peers (and male admirers) after graduating film school, the movie focuses on a particular spatial moment that lasts about two or three days and is split into matching vignettes. First, Sunhi pays a visit to her old professor in hopes of getting a reference letter, which he reluctantly agrees to after trying to dissuade the girl from studying abroad. The professor's opinion of her character becomes clear (as it will too in his not-so-helpful reference letter): she's being lazy, she's stalling for time, and she should really just make movies now before all hope is lost.

Perhaps this is what drives Sunhi to drink, alone in a fried chicken establishment, vulnerable enough to wave her ex, Munsu, in to join her as he coincidentally passes by on the street. While she takes out her frustrations on him, accusing him of having become "arrogant" and acting "gross" since directing his own film, he reveals himself to be still in love with her. Sunhi bails, and Munsu drunkenly stumbles to his friend Jaehak (another filmmaker and part of the same circle of peers, it seems) for guidance and more soju--setting the next episode into play.

The film continues like this, with characters meeting up, chatting, and parting ways, Sunhi passing through like a thread to sew them together. As all three men in the film find themselves infatuated with her, Hong eschews the dream-girl trope by making Sunhi (while rather charming) a strangely evasive and vague woman. Jaehak, in fact, doesn't seem interested in her until he hears Munsu singing her praises. They are ostensibly placing their own romantic dreams and fantasies onto her, because she's there, she's cute, she's slippery and odd.

A vintage-sounding pop song plays in several of the scenes, linking them thematically and, as the characters are baffled by its ubiquity, through comic mischief. This is a very funny and endearing film that masterfully captures the milieu of urban young people on the cusp of being "old." The humor in Our Sunhi is cut with the anxiety and pressure on creative, intelligent people: so ready to give up one moment, and eager to take on a new venture the next, that they can be talked into or out of just about anything.