Sundance 2014 Review: The U.S. vs THE NOTORIOUS MR. BOUT Examines A "Merchant Of Death" 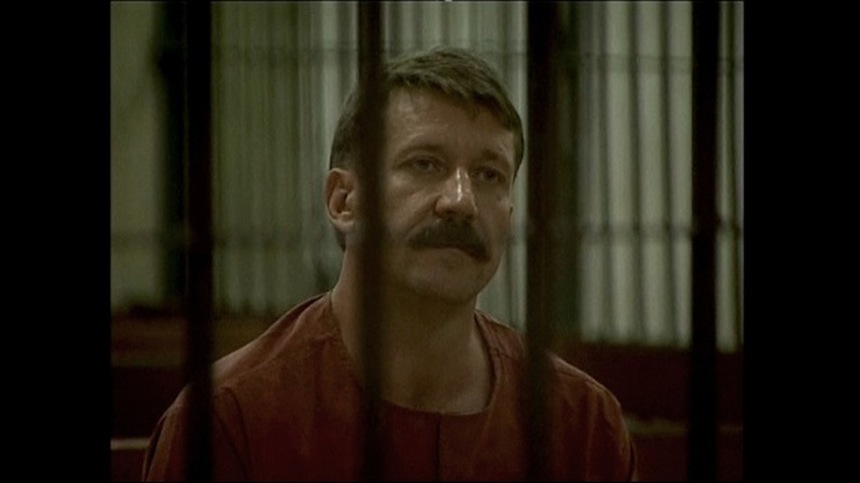 The Pussy Riot documentary, Pussy Riot: A Punk Prayer, had its world premiere last year at Sundance. The doc was co-directed by Russian filmmaker Maxin Pozdorovkin, who now is teamed with a different director (Tony Gerber), but returned to the same festival with another documentary that explores a polemical legal case.

Meet Viktor Bout. Russian. Businessman. Video aficionado. And, apparently, the notorious Taliban-supporting arms trafficker who inspired the Nicolas Cage movie Lord of War and conspired to kill Americans in 2008. The Notorious Mr. Bout asks simple yet precise questions: Who is Bout? What lead to his 2008 arrest by the DEA? Is he really the so-called "Merchant of Death" who supported terrorists and deserves to be incarcerated?

To find these answers, the documentarians present an easy structure and a set of interviews done with the exact same style (like if the interviewees were at an interrogation room). The film also follows Bout's wife Alla while she's expecting the final verdict in New York, using this original material throughout. The main resource, though, is the footage Bout himself recorded over the years with his video camera. He documented pretty much everything, a la Exit Through the Gift Shop's Thierry Guetta, so the footage is vast, and even features private moments like Bout and Alla's weeding and images of their baby daughter.

People like Bout's brother and associate are interviewed, as well as the DEA agents who worked the case. However, you won't find big arguments going on, as the film is almost effortlessly one-sided. This time that's not a negative thing, quite simply because once you get to know about Bout and why he got arrested, there aren't many doubts left or enough material for a heated discussion regarding the court case.

Concerning Bout's life story, however, the debate should continue. After all, how he created a business empire with his cargo shipping company is, to put it mildly, uniquely controversial. His life is told in chronological order starting with some stuff about his childhood and going through his ventures as a married man looking for dough in post-Soviet Union Russia. The doc works as a personal account of these times in Russia (and even of the post-9/11 period), but mostly as a revelatory look at the connections a Russian air cargo businessman had with African countries, Afghanistan, armament manufacturers, and war (all with vivid footage).

With a film like The Notorious Mr. Bout, Pozdorovkin and Gerber simply want to give people something more thoughtful than a flashy TV report and, ultimately, their effort is solid and much appreciated.