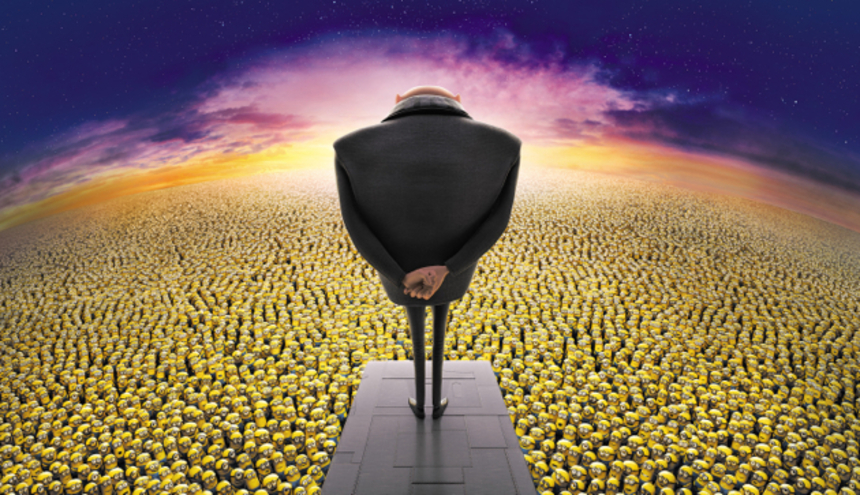 After a lengthy delay, Dreamworks' animated hit Despicable Me 2 finally opens in mainland China and goes straight into the top spot.

Originally slated for a late summer release in line with other major markets, Despicable Me 2 was removed from release schedules, only to now see the light of day. Dreamworks and local distributors CFGC needn't have worried, however, as the film has gone straight into the top spot, knocking off Gavin Hood's science-fiction thriller Ender's Game that opened earlier in the week, and pushing box office behemoths Police Story 2013 and Personal Tailor clear of the top. The animated adventures of Gru and his minions scored RMB93million in its first 3 days, no doubt helped by 3D ticket prices, but it was easily enough to overtake the RMB66million Ender's Game accrued in twice as many days.
Police Story 2013, which reunites Jackie Chan with director Sheng Ding (Little Big Soldier) spent its first two weeks firmly rooted at the top of the charts, and has to-date pulled in RMB490million in less than three weeks. But even that figure pales in comparison to Feng Xiaogang's latest comedy, Personal Tailor, which scored a record breaking opening weekend back in December and has now taken RMB680million in four weeks. Personal Tailor is just the latest in a string of box office smashes for Feng, whose previous hits include Back in 1942, Aftershock and If You Are The One 1 and 2.
Further down the chart, Derek Kwok's firefighter drama As The Light Goes Out has rather under performed, with just RMB63million to its name after 10 days. Other new releases this week include Hong Kong Lunar New Year comedy Hallo Babies, which has yet to open on home turf, and Russian subway disaster flick, Metro, while the Scott Adkins/Dolph Lundgren fantasy advenure Legendary: Tomb of the Dragon, which has yet to appear in any English-language territories, rounds out the Top 10.
Tweet Post Submit