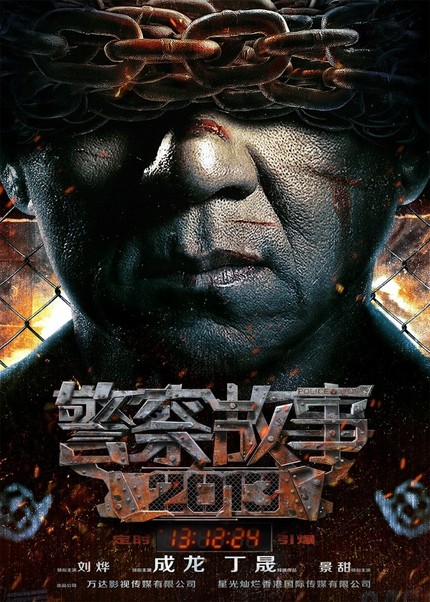 Bring on the old man ass whuppin'! Not to be outdone by Sly Stallone and his band of Expendables, iconic Chinese action star Jackie Chan - now pushing sixty years old - is bringing the goods with the upcoming Police Story 2013 and the freshly released second trailer makes it very clear that he's not messing around. No, Chan and director Shen Ding are going dark and violent here with their story of Chan as a mainland Chinese Interpol officer investigating a kidnapping case.

While the first trailer was built around longer takes this second effort is a more staccato affair featuring lots of rapid cuts between punches, explosions, car wrecks, gun shots and all sorts of assorted mayhem. And, yeah, it looks pretty damn good. Take a look below.

Do you feel this content is inappropriate or infringes upon your rights? Click here to report it, or see our DMCA policy.
actionchinajackie chanmartial artspolice story 2013shen dingtrailer