Review: DESPICABLE ME 2 Is Even Weaker Than the First One 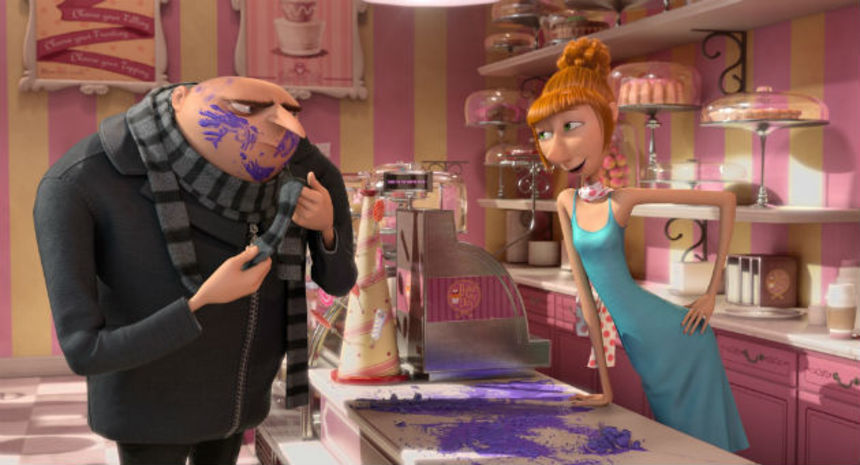 In the pilot episode of the animated sitcom Despicable Me -- which somehow appeared in movie theaters, despite clearly being meant for TV -- we were introduced to Gru (voiced by Steve Carell), a comically accented supervillain who adopted three little orphan girls as part of a nefarious scheme, only to find that their presence in his life softened his heart and inspired him to stop being evil.

The second episode of the series -- called Despicable Me 2 and somehow also mistakenly released in cinemas -- continues in that limp, unimaginative vein, with a humdrum story set almost entirely in a suburban shopping mall. There's a subplot with one of the girls, Margo (Miranda Cosgrove), developing her first crush on a boy. Gru tentatively dips his toe in the dating scene. There's a bit where Gru wants little Agnes (Elsie Fisher) to tell a visitor that he's not home, and he uses pantomime to indicate what lies he wants her to tell, and Agnes misinterprets the signs and gives nonsense excuses. You may recognize this gag -- indeed, all of this -- from every laugh-track sitcom you've ever seen.

I guess it shouldn't be a surprise that a watered-down premise would get even blander in the sequel, but it's disappointing to see just how far it's fallen. Now fully domesticated and lacking any humorous edge, Gru takes an assignment from the Anti-Villain League to find a bad guy who has stolen a dangerous serum. The villain is believed to be using a store at the mall as a front for his operation, but they don't know which store. So Gru, aided by AVL agent Lucy (Kristen Wiig), goes undercover as the proprietor of a bakery to scope out the neighbors. These include Floyd (Ken Jeong), who has a wig shop, and Eduardo (Benjamin Bratt), the swaggering, macho owner of a Mexican restaurant.

Meanwhile, Gru's resident mad scientist, Dr. Nefario (Russell Brand), leaves Gru's operation in search of greener, eviler pastures. The Twinkie-esque Minions are still faithful, though, jabbering away in their cute fashion and earning every one of the few laughs the movie has to offer. But whoever the villain is (no prizes for guessing), he's got designs on the Minions, too. How do they figure into his dastardly plan?

There was no change in creative personnel between the first film and this one; it's still directors Pierre Coffin and Chris Renaud and writers Ken Daurio and Cinco Paul. How, then, could they have so drastically miscalculated what does and doesn't work with these characters? The three girls are amusing; they're hardly in the film. The way the girls influence the curmudgeonly Gru has potential; it's relegated to the opening sequence. Gru himself is not a funny character, except in the loose sense that "having a funny accent" equals "being funny," and his interactions with the ill-defined Lucy are flavorless. The plot is perfunctory, as if pulled from a random, non-special issue of a third-tier comic book.

But will your kids like it? Sure, probably! What don't your kids like? I'm not saying it won't pass the time agreeably for the under-10 crowd. I'm just saying it's not a good movie. Have you seen Monsters University yet? 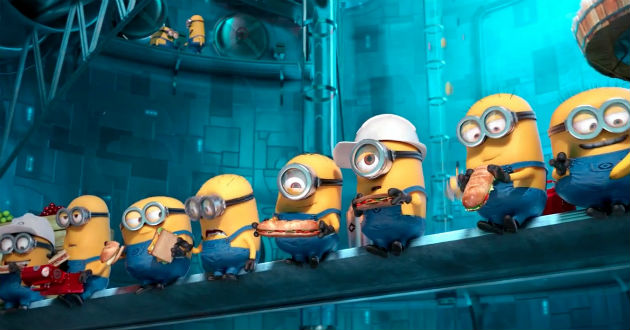 Despicable Me 2 opens wide in theatres across North America on Wednesday, July 3.

More about Despicable Me