JANE GOT A GUN, Lynne Ramsay Gets A Lawsuit 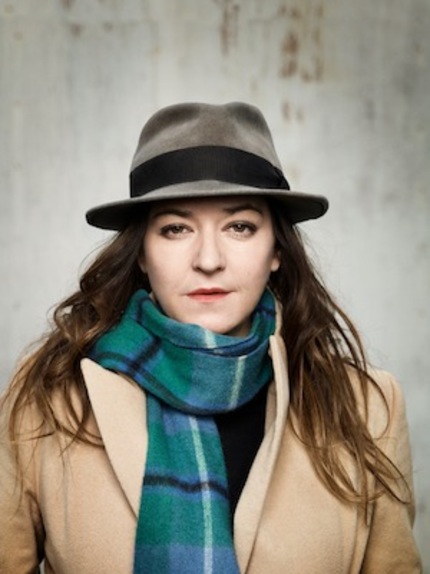 Back in March, the news got out that the production of the western Jane Got A Gun had hit a rather severe snag on its first day of shooting: director Lynne Ramsay (We Need To Talk About Kevin) never showed up, leaving the cast and crew stranded.

The weeks that followed were rife with rumors and accusations, both from supporters of Lynne Ramsay on one side and supporters of producer Scott Steindorff on the other side. Within a day, Gavin O'Connor (Warrior) stepped in to take over the directing duties, ensuring the survival of the film. With some delays and cast changes (Michael Fassbender left and got replaced with first Jude Law, then Bradley Cooper, and finally Ewan McGregor), Jane Got A Gun indeed wrapped up shooting this summer.

But you could bet on it that once all parties had ordered and shuffled their papers, lawsuits would start to appear. And this Monday, according to krqe.com that is exactly what happened.
In a federal lawsuit filed by the movie's producers, they paint a pretty damning picture of Lynne Ramsay and her conduct prior to the first day of shooting. Quote:

"During this period of time, Defendant Ramsay was repeatedly under the influence of alcohol, was abusive to members of the cast and crew and was generally disruptive... Defendant Ramsay failed to adhere to proper safety protocol for handling weapons on set, when she pointed a prop gun directly at a camera and, in turn, at the camera crew before first taking proper precautions."


Ouch. The lawsuit also states that Lynne Ramsay was already paid to tweak the script and direct the movie, and demands the salary back, with punitive damages added for fraud and breach of contract.
There has been no reply yet from camp Ramsay, but the added details in the lawsuit about her conduct imply that this fight will get pretty dirty. To be continued.