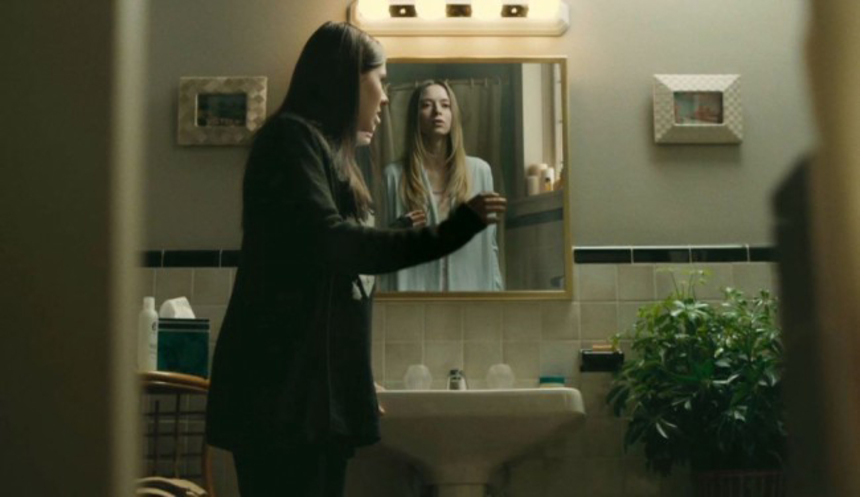 The ninth edition of the Mayhem Film Festival will take place in Nottingham, England, this Fall and the festival has announced the first two titles for this year's lineup. Vincenzo Natali's haunted house flick Haunter and Brian Netto's found footage horror flick Delivery will both bow at the fest.

Mayhem Film Festival returns to Broadway this autumn, once again bringing you the very best of the bizarre, the weird and the horrible.

Mayhem Film Festival will take place from 31 October to 3 November and is packed full of surprises from amazing previews and midnight screenings to music and special guests, as well as the return of the Halloween party in Broadway's Cafebar.

Mayhem are delighted to announce their first special guest, director Brian Netto who will be flying all the way from the US to present his shocking Rosemary's Baby meets Paranormal Activity 'found-footage' horror debut Delivery. Also showing at this year's Mayhem will be the visually striking Haunter from the director of Cube and Splice, Vincenzo Natali. Reverse ghost story Haunter sees a teenager who died years before reach out to the land of the living to save someone from the same fate. The film takes the haunted house film and turns it in on itself.

Special Early Bird tickets will go on sale on Tuesday 6 August at 9AM from www.broadway.org.uk and from Broadway's box office. Early Bird tickets are £50. There is plenty more to be announced, including one very special guest. More from Mayhem soon but in the meantime, put 31 October - 3 November in your diaries.

Stay tuned for more announcements about the festival's lineup in the weeks to come!
Tweet Post Submit