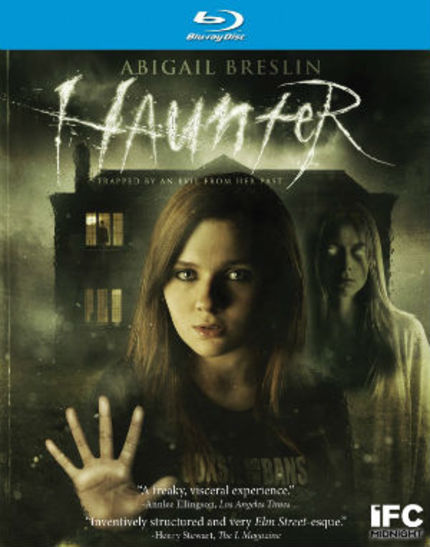 
The film stars Abigail Breslin in director Vincenzo Natali's (Splice, Cube, ABCs of Death 2) unique take on the traditional haunted house story. In 1986, 15-year-old Lisa (Breslin) and her family died in their home under sinister circumstances. Unable to move on, their spirits have continued to roam the house. And for nearly 30 years, they have had to live the same miserable day over and over, never thinking they're anything but alive. The Hollywood Reporter aptly called the film: "a clever, supernatural take on Groundhog Day." It was also an Official Selection at the 2013 SXSW festival.

Our own Eric D. Snider saw the film last year at SXSW and, while he had some reservations, he also noted:


My description makes it sound like a mixture of Groundhog Day, The Others, and the first season of American Horror Story. To be honest, it starts out feeling that way, too. But the story breaks off into new directions soon enough, and avoids coming across as derivative.

(You can read his entire review right here.)

As we noted, the film is available on DVD and Blu-ray today, and we've got the first five minutes for you to watch below.