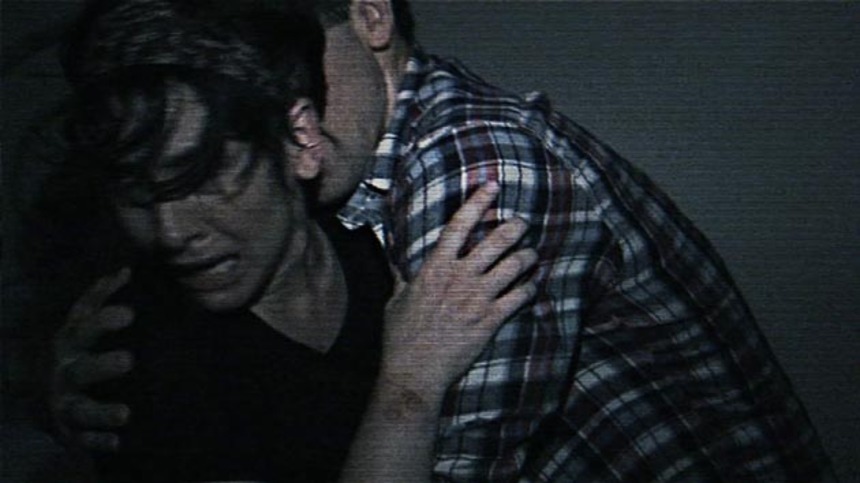 The found footage style of filmmaking exploded into the public consciousness with The Blair Witch Project back in 1999. The form grew, matured and is now well on its way to being passé. While filmmakers like those behind the V/H/S series are continuing to find impressively new and creative directions to take the found footage sub-genre, in general the critical response has recently trended towards it being seen as just a gimmick. Simultaneously, with found footage movies, the proliferation of "reality" television entered its "golden era" and in Brian Netto's Delivery, the two forms collide, taking an old idea and making it feel very much of this time.

The story follows Kyle and Rachel Massy (Danny Barclay and Laurel Vail) who are trying to have their first child. They've been selected to be the subjects of a new reality television program that aims to chronicle the trials and tribulations of pregnancy. At first, Kyle and Rachel seem like a normal, down to earth, adorable couple. However, as the plot unfolds, we start to bear witness to stranger and stranger happenings that are inexplicably tied to Rachel. All the while, we are watching this through the lens of a documentarian who is using the footage of the never aired reality show. The documentary, a horror equivalent to a mockumentary, includes interviews with the reality TV producers who add their own commentary to the events and what happened off camera.

Stylistically, this film does a brilliant job at creating an immersive world that feels real and motivated. The conceit of everything starting out with a reality show justifies the cameras mounted throughout the house and the film crews following the couple around. Taking a step back, the "documentary" also feels authentic. The original "reality" interviews have a very different tone than the "documentary" interviews and this creates layers upon layers for the film to play within.

It seems apparent that the subject matter will draw comparisons to Roman Polanski's 1968 film Rosemary's Baby. Most any other type of remake -- and it should be said that neither the filmmakers nor the marketing department have referred to Delivery as such -- would pale in comparison. Delivery, on the contrary, is able to transcend this comparison because it makes such great use of modern day conventions and sentiments and uses those tools to take the story in different and unexpected directions. The film maintains a high level of tension and just the right amount of all out scares without going overboard. It's engrossing and unsettling in all the right ways, and it proves that in skilled hands, the "found footage" style need not be reduced to a gimmick.