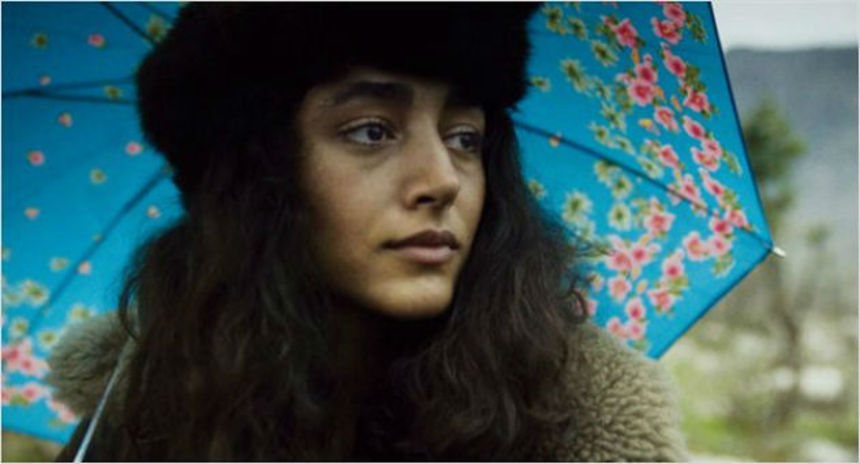 Welcome to my coverage of the Melbourne International Film Festival. I aim to bring you daily updates over the next 17 days of the definitive three or four films that certainly got my attention, as well as links to past ScreenAnarchy reviews to ensure you have all the information you need regarding your MIFF picks (read about day one here and day two here)

Today started a little later, with last night's bitter viewing of A Field In England forcing me into a late sleep and subsequently a late rise.

I am glad, however, that I woke in time to catch the 1:30 session, direct from Cannes: the Kurdish genre-crossing My Sweet Pepper Land. After the first Kurdish film I have ever seen, I went to the first ever shot-in Saudi Arabia production, the exciting feminist rebel coming-of-age parable of Wadjda. Things then took a nosedive into the limbo white space of my consciousness with the words-fail-me viewing of Joshua Oppenheimer's The Act Of Killing. In a complete meditative daze, I skipped the final film after that one.

My Sweet Pepper Land follows Commander (a sort of modern-day sheriff) Baran and starts in an off-kilter, quirky, black-comedy vein. It is filtered through wild West tropes, but ultimately settles on simple drama. Director Hiner Saleem stumbles with the tone of the film, never really showing enough skill or patience to juggle these elements. That said, My Sweet Pepper Land may forgo the black comedy it promises, but it certainly remains an intensely interesting study of a highly cultural and moral place that is rife with twisted individual values and corruption.

Baran gallops into town on a white horse and takes shelter at camp fires, but this is the modern day, so it is a relief that these are not shoe-horned elements. Instead, each Western spin is given full and rational explanation. The immaterial notions of the wild West are also inherent in the tale; Baran and other townsfolk are caught in solemn despair and loneliness, each braving the wild frontiers of both place and community.

The beautiful Golshifteh Farahani plays Govend, a Kurdish school teacher in Iraq who supports the Kurdish resistance of Turkey, an act that is unforgivable in the eyes of the townsfolk, who begin to ostracize and threaten her. Baran tries to keep the law in this lawless place, and it is through his run-in with Govend that he establishes his own morals and sense of honor, much to the chagrin of local ruling boss Aza Azzi and his flunkies.

The cinematography is stunning; the mountains and pale pink skies often resemble the flats in the state of Utah (U.S.), but there are also other stunning landscape shots that depict a place all its own. This is a land that feels and aches; even the animals do not agree with it. There is an uncanny moment, when horses fight each other preceding a bloody duel, that is precise and amazingly brief, undermining the shoot-out and conflict tropes we have all seen and expected before.

Haifaa Al-Mansour is the first female director from Saudi Arabia and Wadjda is the first-ever film shot in Saudi Arabia. These facts alone make it a privilege to watch, but on its own merits, Wadjda is an utterly sweet, convincing, and crowd-pleasing tale of a young girl's struggle for independence in a system that naturally denounces all notions of such a thing.

The actress Waad Mohammed is hopefully destined for great things as Wadjda. She is a determined girl who does what she wants, within reason, and is single-minded in striving to get what she wants - in this case, a bicycle that she starts saving up for in some of the film's funnier scenes, where she uses her savvy to coax money from friends and strangers alike. Then a Koran recitation competition is announced; the price is enough money to buy the bicycle, so she goes for it.

With a reputation for trouble, and displaying no prior interest in the religion, it is an uphill battle for her, but an endearingly charming one as she pushes towards her aspirations. She also faces up to the woes her mother is experiencing when her father considers remarrying.

The film is, of course, set in Saudi Arabia so it is a little shocking for those not versed in the culture. In some sense, it is Westernized; there are Playstations and nail polish, but restrictions arise from the inequality of the sexes. This plays into the plot perfectly and is presented in a naturalistic way that makes sense, because this is simply how life is there.

Wadjda is our conduit for this world, and she does a lot of the hand-holding for us. In her position, we would not hide our faces, we would wear sneakers and record pirated radio stations.

Figures in her life from various institutions make life hard for Wadjda, but nobody is really painted as a villain, and the film concludes beautifully, summing up all previous plot points, avoiding saccharine notions and genre tropes, a refreshing and eye-opening delight.

Finally, we come to The Act of Killing. I am at a loss for words. Like most others tonight, friends and colleagues alike, I simply want to shelve this film and discuss it weeks or maybe months later.

I have read Jason Gorber's review ahead of time, and just read it twice again, and I cannot disagree with a single point, not that you can really review or grade a film like this. As Jason states, the cast and crew list is something to take note of. In fact, as I watched the credits roll, it slowly dawned on me how this production came together.

The Act of Killing is haunting and has truly gotten under my skin, past my flesh and into my soul and conscious, it has crawled up in there and is not leaving. I really do not know what to say, so see the link above for Jason's excellent thoughts on it.

Be sure to check the MIFF site for the next sessions of these amazing films.


Tomorrow: Greek economic woes spun into narrative form with The Daughter, the West Bank divide of Omar, and Taiwan auteur Arvin Chen's Will You Still Love Me Tomorrow.