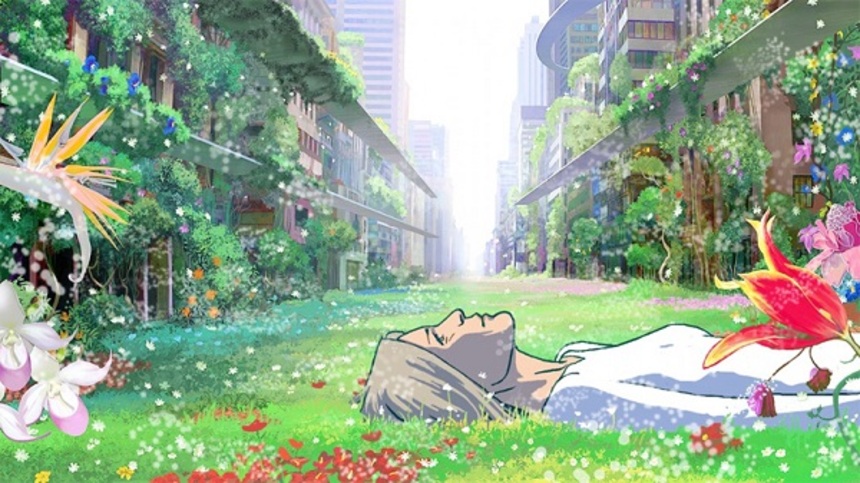 Welcome to my daily coverage of the Melbourne International Film Festival! I aim to bring you daily updates over the next 17 days of the definitive three or four films that certainly got my attention, as well as links to past ScreenAnarchy reviews to ensure you have all the information you need regarding your MIFF picks. (Read about Day 1 right here.)

Today got off to the best start it possibly could with US dramedy Drinking Buddies. Moving from this very excellent film to another modern genre of its sort would probably lessen its impact, so I saw the classic The Great Escape in 4k projection for the first time as part of MIFF's Masters and Restorations program. Needless to say three hours lovingly flew by and it was not long before I was lining up again in the same cinema for the essentially polar opposite experience of 3X3D, but more on that later.

I took a break to see a non-MIFF movie, if you can call that a break, and made my way to the next session at 9pm to see the underrated and ultimately extremely ambitious Ari Folman film The Congress.

Things ended on a dour note however with the pointless, meandering and only slightly crazy A Field In England. I now, through other circumstances, really despise this film because I could hail no free taxis and the last tram had already left. Thus, my trip home was an arduous one, so thanks for that, film!

You can first read Mr. Snider's review of Drinking Buddies here. This film is a great step for indie romance, and although it follows similar love-triangle/square vein of films such as Your Sister's Sister, it very much moves to its own beat, bolstered by incredible subtleties and excellent narrative structure. It is one of the best films I have seen this year so far.

3X3D is a triptych from three very intense men with a lot to say and not a lot of time to say it. In their own way they critique and muse over the state of cinema today and the inclusion of the third dimension, using said dimension to deliver stunning, hypocritical, educational or random images and scenes. Peter Greenaway's segment is the most conventional. It feels like a History Channel special, channeling the annals of time and place to present key figures and facts of Europe, utilizing 3D to introduce overlays of information. It is simple but effective and looks very crisp, but he actually says nothing about the medium.

Jean-Luc Godard is seriously Godardian, and he continues that annoying sound cut-off, subtitle mess, only this time it is in a small chunk and certainly more accessible because of this than, say Film Socialisme. His is the most interesting visually, using images of current Hollywood horror to depict ultra violence briefly and sexuality briefly, but what is he trying to say? He also uses a lot of archival images, black and white films and starlets; his is a question of illusion, of severing ties between the story and the technique, which is what 3D is apparently doing. I believe he provides voice-over for this; it is a bleak series of statements he makes, to no real effect, however, as he drowns in pretentious idealism. This is all redeemed, however, by the editing and tricky 3D work he employs.

Lastly, Edgar Pera provides the longest and stupidest segment. He questions the cinema of attractions and categorizes the spectator - all interesting theory, however, the film is absurd and hard to take seriously. He uses screens within screens and a proliferation of foolish characters emerge to force his thoughts down our throat. Death to the realists! Yeah, OK ... Ultimately 3X3D is very much a 'festival film' that works in that context; it is interesting but fleeting, like a good classroom film theory debate.

Ari Folman previously directed the traumatic and tender Waltz With Bashir. Here is a man obsessed with memory and past scars, and he brings this unique sensibility to the table in The Congress. Utilizing his superb animation style, he crafts a story that is not only inherently sad and quite personal (to actress Robin Wright), but extremely, undeniably ambitious. I was quite speechless as I left the cinema, having heard it is a blend of animation and live-action and having heard it is about an actress, I was not prepared for an extreme, innovative, and terrifying glimpse into the future of life as we know it. I was quite frankly shocked this film was not being raved about, but also extremely glad.

Folman has creative control here and it is a marvel to witness, perhaps even a milestone for cinema. It is based on tricky source material and draws inspiration from The Matrix, Children of Men, and other well-worn films and novels, but the overall package is bursting with originality and talent. Wright is our guide through this world, as her prestige title of actress is used, abused, and strangely recycled into an non-anthropomorphous shape. What is the future of consumerism? Is it terrifying or liberating? Folman looks way past the looking glass to answer this question and sends the mind reeling with exhilarating possibilities for our race. See this film immediately.

Unfortunately, A Field In England was the last film of the night. I love Ben Wheatley but this amateur production has no place in his oeuvre. The witty banter between the men in the film is nice, but its been done to similar effect in his past films. The location is interesting, but also very repetitive and cheap-looking. The film promises psychotropic madness, but it is restrained to some effects in Final Cut Pro, including that side-by-side mirror thing everyone can do with their Apple computers.
It is poorly constructed, trying to expose the inherent evil of English colonialism through its one-bit characters and the evil inherent in all men through the devil figure, and despite the intriguing premise, the execution is quite bland, repetitive, and numbing. When violence happens, it is extremely gory, but brief, and has practically no impact on the viewer nor on the film or its intentions. Truly, the first real outright disappointment from MIFF.

Here are some other highlights from yesterday I will not be reviewing. ScreenAnarchy luckily has reviews for all of them!

Kurt's take on I Declare War

and Ryland's review of V/H/S 2, a truly entertaining midnight film far surpassing the first one.

Tomorrow: I wind down to the point of probable depression with My Sweet Pepperland, Wadjda, and The Act Of Killing!