Kurt Halfyard
Contributing Writer; Toronto, Canada (@triflic)
Tweet Post Submit
You have found this weeks entry for New To Netflix! Not that we are actually new to Netflix, we're just happy, able, willing to help you find out what kind of 'Twitch-y' material is coming to the big red virtual envelope in the streaming-room.
Hopefully we are hitting our groove here, with varied mix of stuff streaming around the world: A weary Bob Hoskins vs. creepy Christopher Lloyd over control of public transit in L.A., Mary Elizabeth Winstead trying to kick her drinking habit, history and passion in World War II era Shanghai, 9/11 Allegorical SciFi and rumours of Norwegian Sea Monsters. 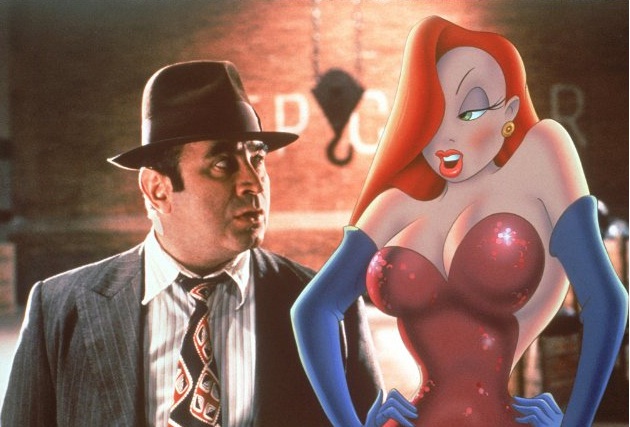 New In The USA: Who Framed Roger Rabbit

From the curvaceous Jessica Rabbit to the plot revolving around Los Angeles transportation to the large technical challenges of integrating animation and live action in a feature film, Robert Zemeckis' 1988 feature had (and still has) an edge to the proceedings that modern blockbusters, and certainly ones aimed at the family market, lack today.

Buena Vista must have sensed this, releasing it on its adult oriented Touchstone label rather than the usual Disney imprinteur. With a heady cocktail of influences from the slapstick Warner Brothers animation days to noir-ish Chinatown, to anti-corporate subversion, Who Framed Roger Rabbit? wears its influences on its sleeves whilst creating something wholly original. 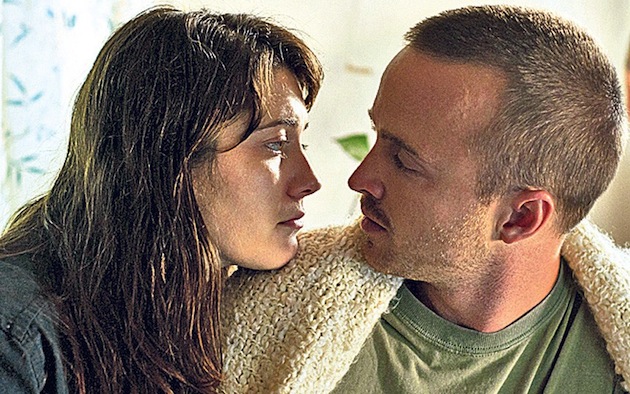 While it came and went rather quietly on the festival circuit, many folks north of the border will get an opportunity to have a look at a familiar face (Mary Elizabeth Winstead shot both Scott Pilgrim vs. The World and The Thing up here in Toronto) in an unconventional role. Smashed the movie that allows the actress to really spread her wings and make a bid for bigger things to come.

Elementary schoolteacher Kate Hannah (Winstead), has a drinking problem that begins to visibility spill into her public life when she throws up in her classroom. Feigning pregnancy to her class and the co-workers, her husband (Breaking Bad's Aaron Paul), also a party-er is of little help. The schools Vice Principal (Parks and Recreation's Nick Offerman) sees through the act, being a former alcoholic, and tries to get her through therapy which causes some friction. Skewing a little younger than your usual drama from the bottom of the bottle film, the film avoids much of the melodrama associated with the genre. 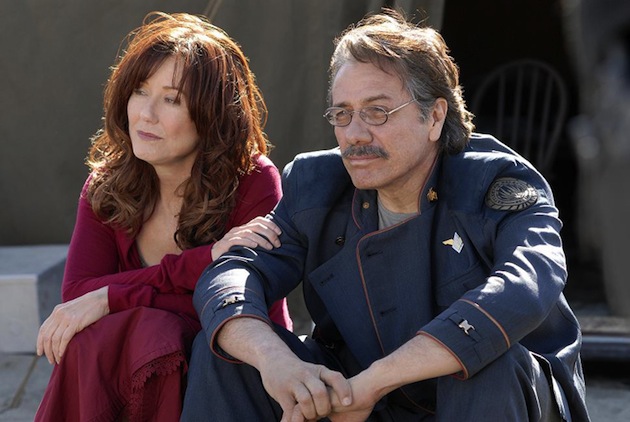 The early 2000s reboot of the classic-but-not-aged-well 1970s TV series proved to be a revelation in terms of post-911 storytelling. The show mixes religious, secular, military, and civilian life aboard the eponymous Battlestar Galactica with the remnants of humanity society, numbering about 50,000 souls, adrift in space. Humanity's own android creations, The Cylons, here envisioned as sexy ubermensch mostly played by Canadian actors (Tricia Helfer and Callum Keith Rennie) as opposed to shiny metal toasters.

The healthy fear of 'the other' and its infultration of society as 'terror cells' is ripe for allegory, and the show does a magnificent job over its 4 seasons in exploring near-taboo American subjects with its sci fi conceit. Ex-Star Trek show-runner Ronald D. Moore gets to flex a variety of creative muscles that Star Trek's continuity and studio prevented, giving the show a harsh, but welcome edge in some of the more controversial episodes. And putting two seasoned actors that exude gravitas, Mary McDonnell and Edward James Olmos at the forefront as the civilian and military leaders of the rag-tag bunch was a master stroke.

So say we all. 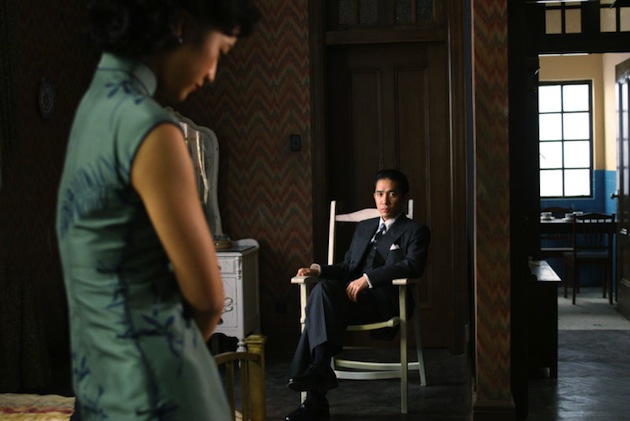 Ang Lee's only Chinese language film made after the worldwide success of art-wuxia Crouching Tiger, Hidden Dragon did not excite or even engage me upon witnessing its World Premiere back at TIFF 2007. As period espionage thrillers go, my mindset was more into Paul Verhoeven's trashier and saucier Black Book. Now, I think I am ready to give Lust, Caution's lush production design and deliberate tone a second chance.

Based upon a short story by Chinese author Eileen Chang, “Lust, Caution” is set in Shanghai during the Japanese occupancy of the Second World War. Tang Wei plays Wong Chia Chi, a young, naïve theater student who gets caught up in a patriotic student rebellion that evolves into an assassination attempt. Years go by as the assassination plot falls apart and is resurrected, based primarily upon Wong Chia Chi’s established connection with the target, Mr. Yee, played by the incomparable Tony Leung. Yee is a traitor to China, and a powerful ally to the invading Japanese, and therefore must be eliminated. It is Wong’s duty, being a female spy, to use sex the way male spies use guns, as an ultimate means to death.

I think a healthy bit of knowledge about the period will likely enhance the viewing, but for those willing to sink deep down into the world that Lee has reconstructed, that might be enough. 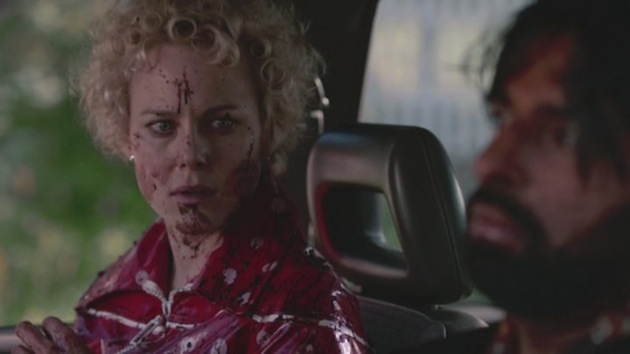 Despite all the digital ink spilled on Game of Thrones in these pages, the TV show that has captured the attention of most of the ScreenAnarchy writing staff is Norway's Twin Peaks-meets-Hot-Fuzz head scratcher, Hellfjord. Our own Ryland Aldrich describes the show as a 'Surreal Descent' into hitherto unknown parts of Scandinavia:

Oslo Mounted Police Sergeant Nesbit Salmander is being served notice and sent on a 3 month stint in a backwater village on the north coast. Norwegian by birth, Nesbit is Pakistani, an unfamiliar sight to the locals of this freakishly backwards community. But, Hellfjord's simmering racism proves the least of the town's problems. The average age of its residents is 67, everybody in town smokes (which isn't great for Salmander, who is actively trying to quit), and the local economy seems almost entirely dependent upon Hellfjord's only notable employer, the large fish processing company, Hellfish.

Recently completing its first of three hoped for seasons, this one gets its fish-hooks deep into anyone who happens to encounter it. Currently playing, more or less, to its home-audience on Netflix, hopefully it will expand abroad sooner rather than later.

Do you feel this content is inappropriate or infringes upon your rights? Click here to report it, or see our DMCA policy.
Ang LeeBattlestar GalacticaHellfjordLust CautionMary Elizabeth WinsteadRobert ZemeckisSmashedWho Framed Roger Rabbit