Review: THE SPECTACULAR NOW, Coming Of Age As A Beautiful Experience 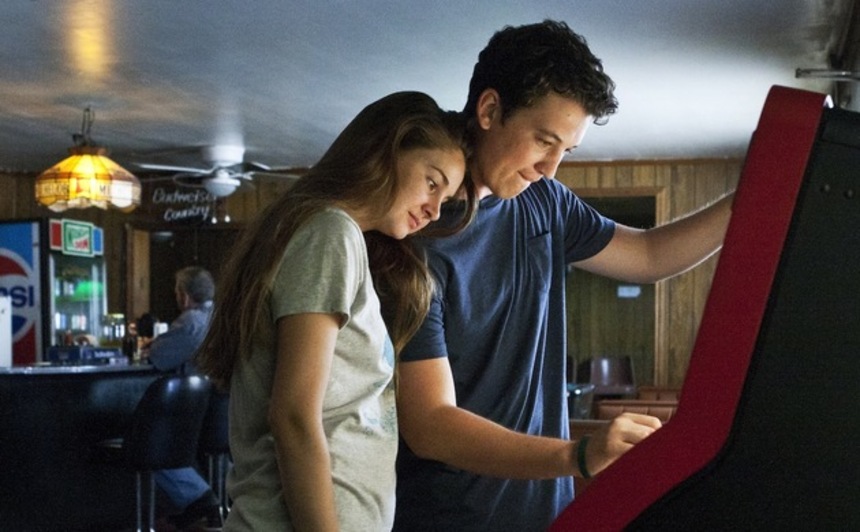 The late John Hughes was the man in Hollywood who understood teenagers and teen angst better than anyone else in the industry. He knew how to tell beautiful stories about how being young can sometimes be weird and confusing, and brought this to life on film flawlessly. The Breakfast Club and Sixteen Candles are timeless classics, not only because they feature good storytelling and star Molly Ringwald, but because their depiction of high school life is still accurate to this very day. The older the audience is, the more the films become relatable.

This brings me to James Ponsoldt's The Spectacular Now, which is perhaps the most important adult-oriented film about the victories and woes of high school life in the last decade.

Free-spirited, closet-alcoholic teenager Sutter Keely (Miles Teller) has many talents, but making good decisions is not one of them. At the near-end of his senior year in high school, his really hot girlfriend dumps him for a silly reason (and possibly for another guy). Like any other recently dumped closet-alcoholic who lives on a steady diet of whiskey, he pursues exciting opportunities in the field of getting piss drunk and waking up dazed and confused on strangers' front lawns. Standing over him during his latest outing is Aimee Finicky (Shailene Woodley), who stops on her morning paper route to check to see if he's dead. After collecting his thoughts, she helps him find his car, which he somehow lost during his drunken slumber the night before.

Aimee's not the most popular kid in school. In fact, she goes unnoticed by even the uncoolest of uncool kids, and the closest she's come to a guy flirting with her is when he asked if she'd tutor him in Math (it was Sutter, the day after they first met). Seeing something special in her, Sutter begins an unlikely friendship with Aimee, which takes them on a journey into territory that is much deeper and more satisfying than both originally imagined.

The chemistry between Sutter and Aimee is dynamic and they hit it off immediately. What helps is Sutter's fearless resolve to live in the now, which in turn helps Aimee loosen up to embellish her life a little bit.

Director James Ponsoldt really knows how to bring out the spectacular wow in his actors. Last year, in his sophomore feature, Smashed, he gave Mary Elizabeth Winstead room to shine in a career-defining performance. After seeing her poignant and courageous performance as a struggling alcoholic, I will forever be a part of the MEW fan club. MEW, by the way, peeks briefly into this film.

The lead in Ponsoldt's latest is Teller. He had a very small role in John Cameron Mitchell's Rabbit Hole, and his little screen time showed he had a lot of bite in him. In The Spectacular Now, he chews up every scene he's in. His performance as the cool Sutter is effortless, and the most entrancing portrayal of a calm but persevering high schooler I've seen in years.

Sutter really winds around the heart - his pizzazz is surprisingly unassuming, which makes every guy want to be him. He's so adventurous, he even commits the unspeakable crime of falling in love with the school dork. He lives how he wants to live and that's in the now - right in this moment. But remember, he's heavy on the sauce, so a lot of hard life lessons lie ahead of him. No matter how daring you are, life will still suck the proverbial donkey dick when it wants to.

Shailene Woodley co-starred in last year's hit, The Descendants. She's not even 21 and already on her way to leading lady status. She may play the harmless loser here, but Aimee's determination to win at life is incredibly endearing. This is due to Woodley's onscreen charisma. Big things are coming her way. There's also a great cameo from Kyle Chandler as Sutter's deadbeat father. His screen time is short, but it's one of the best performances he's ever given.

The Spectacular Now is adapted from the novel of the same name by (500) Days of Summer scribes Scott Neustadter and Michael H. Weber. These two gents clearly know a thing or two about heartache. They say a movie will never be as good as the book, but perhaps they've broken that trend with the aid of Ponsoldt. I haven't read the book, but when I left the theater, I felt like I was punched in the heart and strangely enough, loved it.

There are dozens of teen films that stop being appreciated at a certain age. I can't remember the last time I watched Drive Me Crazy for its profound and important underlying messages. Films like Drive Me Crazy are fun when you're 16, but lose their appeal when you've grown up and realize the only cool thing was the soundtrack, which now sucks.

The Spectacular Now will be remembered as a high school movie with a determined message - that living in the now is a constant challenge, whether we're ready or not. This is the most important coming-of-age movie you'll see this year. It's so beautiful it hurts my feelings.

Review originally published in slightly different form during the Sundance Film Festival in January 2013. The Spectacular Now opens in limited theatrical release in New York and Los Angeles on Friday, August 2, before expanding across the U.S. in the coming weeks.Visit the official site for playdates and theaters.

More about The Spectacular Now