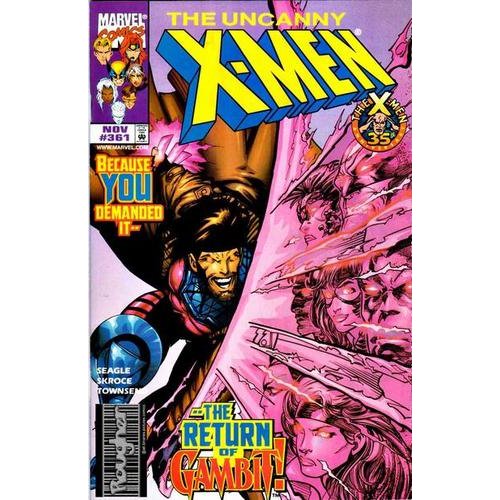 Things have changed in the Marvel Universe (and the real universe as well) a vast amount since then, the biggest change being that the comics seem to have grown up with me. They're still stories of eccentric people in colorful outfits constantly saving the Earth and each other from evil, disaster, and sometimes, each other. But now they're all... serious. Language, violence, and sexuality have all ramped up. Definitely of the PG-13 temperament.

In the meantime, Marvel as a business has done a bit of growing of its own. In five quick years, it went from being a successful comic book company to a full-blown media entity, making and producing its own globally popular movies. (Ten years prior to that, it was dodging bankruptcy.) The movies are of course based upon their comic books, but nowadays, the current comics exist merely as gloried research & development for the considerably farther-reaching movie & TV divisions. On one hand, the comics have never been better - every writer, artist, and editor wants his/her book to get tapped for potential "big media" ascension. But the days of Marvel Comics existing just for the sake of being Marvel Comics is all but over. Because we demanded it.

Enter Robert Downey Jr. We can all blame him; so magnetic and charming in his irresistible smugness and quips... Prior to 2008′s Iron Man, he was a public basket case and Hollywood insurance liability. Comic book fans immediately recognized that that, among other reasons, made him the perfect Tony Stark. He infused the long-standing four-color character with a streak of humor and zing that Stark had never had before in print. Nevertheless, like no other comic hero portrayal to date, Tony Stark on the page was now forever tethered to Robert Downey Jr. There was no going back for Marvel. Iron Man was suddenly their crown jewel. (Whoda thunk it?) So, they gave us what we demanded... More. And more, and more, and more. Now here we sit, reeling from Robert Downey Jr. having played Tony Stark in four separate movies in five years time. Looking at this latest entry, Iron Man 3, there are signs that Downey Jr. may also be reeling just a bit, too. 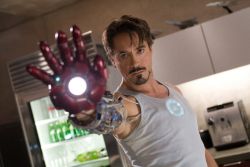 For the record, in case you wonder my opinion of Iron Man 3, the film is a solid "good, not great". Granted that this is Marvel's most surefire property, thus making it the only real choice to attempt to directly follow The Avengers. But unlike Iron Man 2 - a fun movie that was derailed by its need to pave the way to The Avengers (and Thor... and Captain America... etc.), Iron Man 3 seems to have the opposite goal, of saying, "Look! We can still tell great stand-alone stories of individual characters that still matter!!" So while this is a big event movie, it still somehow has a weird smallness about it. It means business, and wants us to know it means business, but if the model that Marvel is attempting holds - that each movie is like another issue in an ongoing comic book series, and that series is one of many comic series' in a larger universe - then each and every issue is an "event" blockbuster. In comics, that sort of thing happens maybe every twenty-five issues or so. (When it happens too often, fans file claims of "event fatigue".) In television terms, it would be equal to a bombastic season finale episode being every episode. It's too much, and therefore it somehow feels like not enough. Not even Downey Jr. at his Downey-iest satisfied me here. As talented and watchable as he is, his shtick is unfortunately growing long in the tooth. The hiring of Shane Black as director (replacing Jon Faverau, who still acts in the movie) is a nice kind of full circle, in calling back Black's and Downey's first cinematic pairing, 2005's Kiss Kiss Bang Bang. But while Iron Man 3 is a halfway decent film, but it's not a quarter of what Kiss Kiss promised. It's just a single "Bang". 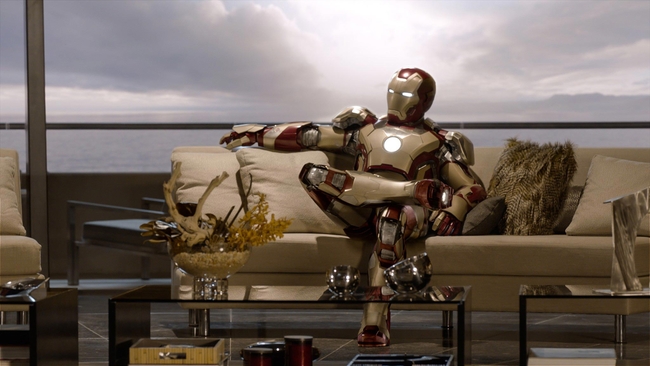 But Iron Man 3 isn't just the new Iron Man movie - it's the official launch of "Marvel Studios Phase II". Everything up to now (2008's Iron Man through last summer's The Avengers) has been labeled as "Phase One". This film is the much ballyhooed beginning of the "next chapter", the implication being that there's a corporate Master Plan coming together underneath it all. (That said, Iron Man 3 seems to establish very little out of the ordinary in terms of what its fellow films may be dealing with, other than Roxxon Oil, a "Captain America" entity.) This whole "Phase" thing is a logical way of grouping these projects in the Marvel Studios board room, but when it comes to fandom, it's merely ingenious marketing. A lot of people seem to get so caught up in the bigger picture of these phases that they miss the trees for the whole dang forest. Speculating on future films within these phases is more fun to many than watching many of the movies themselves. 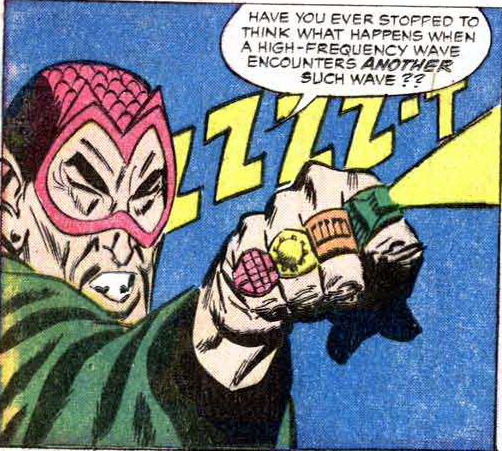 (SPOILER territory...) Many fanboys have been bemoaning the treatment of Iron Man's traditional "big bad", The Mandarin in this film. For those who don't know, in long-running Marvel mythos, The Mandarin has been an ingenious, shrewd Chinese villain who dresses in colorful exotic robes, wears Fu Manchu facial hair, and wields deadly, magical rings against Tony Stark at every opportunity. Sometime in the last ten years or so, the braintrust at Marvel woke up to the problematic stereotypical aspects of this character. It was a quandary nearly as dicey as Wonder Woman's skimpy star-spangled outfit is for DC Comics and Warner Brothers, who can't figure out how to adapt one of their most famous heroes. The Mandarin is to Iron Man what The Joker is to Batman, and Marvel Studios could only tiptoe around him for so long. Yes, they planted little "clues" and Ten Rings logos in the background of the first two Iron Man films. But by part three, the time had come. How to utilize this essential villain, not offend large parts of the world, and still please the comic fans??

Answer: Forget about the comic fans. Sure, it was they who first loudly championed the casting Robert Downey Jr. as Tony Stark, and cheered loudly for the world press at San Diego ComicCon whenever he, his fellow actors, and filmmakers were trotted out. But looking at the numbers, the first two Iron Man films having grossed over a billion dollars globally, it's become clear that although pleasing the source material's fans may be vital to getting these franchises off the ground, once they take, the fans can and will be the first to be left behind. Yes, this is the lament of a comic book fan, but it's also a harsh reality check. I personally thought the twist involving The Mandarin in Iron Man 3 was brazen, clever, and quite funny. But I can also sympathize with readers who are upset that the one likely chance we'll ever have to see a live action cinematic Mandarin smackdown with Iron Man was chucked to the side. Surely Marvel's creative brainstrust could've come up with a better out than this??

But this Mandarin villain nonsense points to a bigger picture. With the Chinese market opening up to American films wider than ever before, Hollywood has embraced the notion of customizing certain movies for that potentially massive audience. Iron Man 3 is the biggest example to date. The Chinese cut of the film supposedly features more Chinese actors in apparently several minutes of variant footage. This way of handling a movie may click in the boardroom and on the ledgers, but unlike, say, automobiles, where it only makes good business sense for General Motors to put steering wheels on the right-hand side of the vehicle for certain foreign markets, we're dealing with art here. (Yes, even a big budget summer blockbuster can contain personal statements and stylistic flairs.) (And yes, I understand that there are a myriad of other nuances, concerns, and realities involved in this decision. But the question still stands: ) So, what is the definitive version of Iron Man 3? Is there one? Who do we even ask? Shane Black? Marvel top brass? Robert Downey Jr.? (Hello, Robert...? Are you even in that suit any more???)

As I pull this article together, Iron Man 3 is a certified fresh global hit, no doubt breaking box office records. Although the film isn't perfect, people everywhere seem to be enjoying it (whatever cut they're looking at). Even a comics reader such as myself can take pleasure in this latest offering, putting my paragraphs and paragraphs of grips, complains, and "whys" aside for the two hours that the projector is on. After all, I don't have much room to talk - I got what I demanded.
Tweet Post Submit