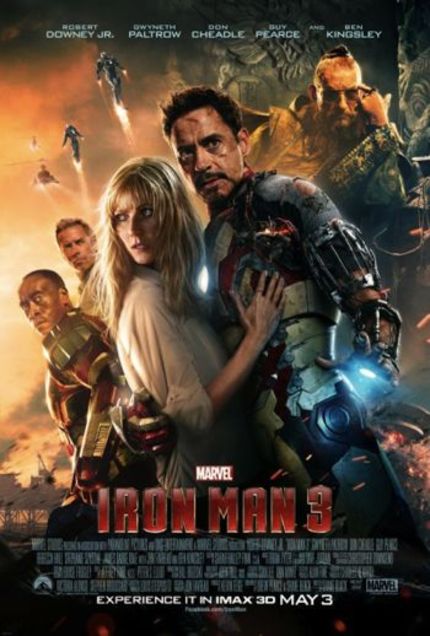 Seeing this in DIGITAL IMAX!

The Mandarin. Go figure. The ultimate stereotype of Evil East Asians. And portrayed by Sir Ben Kingsley? Yellowface is alive and well in the 21st century...

Well, without saying too much, the mandarin in this movie has nothing to do with the mandarin in the comic book. I don't know what they were thinking of when they did this. Maybe they thought the old Mandarin was too old school for today's audience. Or maybe Shane Black couldn't help being ironical all along the movie.

It's a really bold reinterpretation which I didn't like at all, and found very very stupid by trying to be more intelligent than the viewer.

Does he play the fruit version of a mandarin. Orangeface?

people will be disappointed by this movie.
many may like it.

When you see the film, you'll realise how hilariously off-base you are about your assumption.

The Mandarin isn't chinese anymore? Is amazing what can do the economic power of China.

I liked it well enough. Though, did any one else keep waiting for Rhodes to call Stark a "crazy son-of-a-bitch"?

This may be the first or second full review that I've read. As usual, I'll see it when it opens in the US and then decide how it is for myself.

Haven't read the comics, so I never had any clue about the Mandarin. But when I watched the trailer I found it intimidating. "Finally a villain that will make Tony's life hell and it is after the Avengers! Yes! This will be epic!" I thought so I decided to go and see it.
Everything was OK till the twist...then it was the most uninteresting, I even dare to say, dull super hero film. No it wasn't good, it was disappointing. Under developed characters, under developed story. Meh... In the end it was another misleading trailer.

And another thing, it is a little bit frustrating to try to justify Shane Black because he is Shane Black.
How do I see it? Joss Whedon passed the ball and Shane decided to dribble than score and then passed back to Whedon.

Now on Home Video: In DISTURBING THE PEACE, Guy Pearce Picks Up His Gun Again