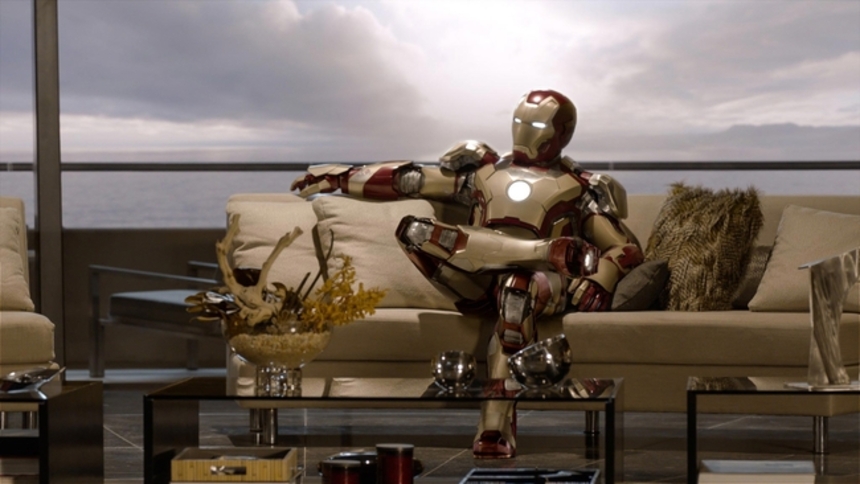 There was only one game in town this weekend as the blockbuster Iron Man 3 almost set a new opening weekend record (currently held by Transformers 2). It was slim pickings for everything else. Total business powered to 2.63 million (up from 2.09 in 2012) and the local market was all but non-existent, failing to reach 10%, a lot lower than the 27% recorded last year when The Avengers opened.

The third Iron Man film took an astounding 2,202,252 admissions in its opening weekend, well above its predecessor's already impressive 1.36 million in 2011. The film will have no trouble crossing Iron Man 2's total (4.45 million) and could also improve on The Avengers' 7.07 million last year.
With Iron Man 3 taking 83.8% of the weekend's business, holdovers all took a dive. Briefly recapping how they fared: Fists of Legend held at number with 143,754 after a 58% fall; Oblivion was down 80% for 143,619; Japanese anime Crayon Shin-Chan opened to 80,337; and Running Man slowed 73% for 79,218.
Looking ahead to next week the only thing we're likely to see is a repeat at the top of the charts with the 3D re-release of Finding Nemo and local Kim In-gwon comedy National Singing Contest drumming up some soft business.
Tweet Post Submit