Studio Ghibli Co-Founder Takahata Isao Returns To The Director's Chair With THE TALE OF THE BAMBOO CUTTER. See The First Poster. 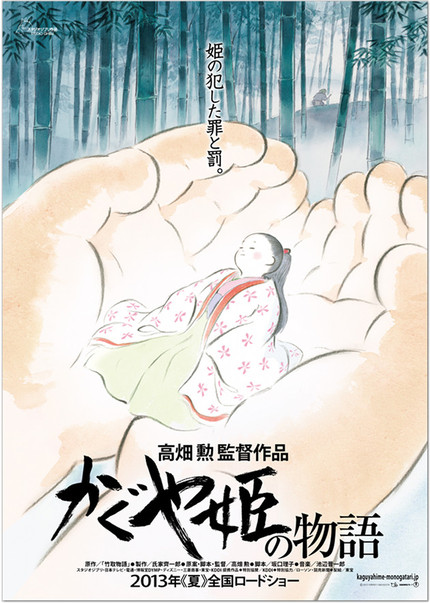 Studio Ghibli co-founder Takahata Isao has been away from the director's chair for quite a long time now. His most recent directing credit is as part of 2003 anthology Winter Days. His most recent feature? 1999 effort My Neighbors The Yamadas. So word of a new feature from Takahata is very big news indeed.

The film is The Tale Of The Bamboo Cutter (Taketori Monogatari), an adaptation of a popular folk tale about a princess discovered as a baby growing inside the stalk of a glowing piece of bamboo.

Word of the project has been circulating for a while now but Studio Ghibli have just formally announced the project along with word that Takahata has co-written the script with Sakaguchi Riko while Ikibe Shinichiro is composing the music.