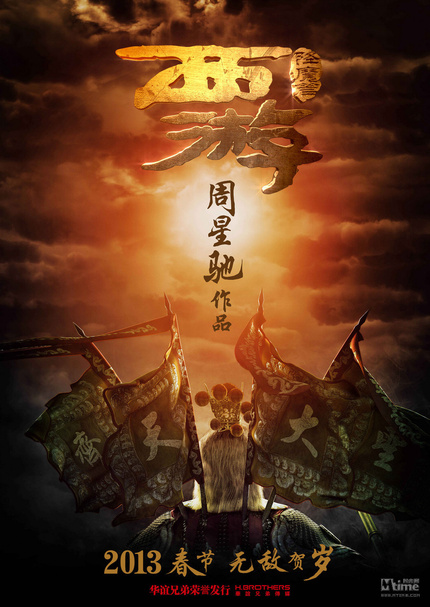 One thing is very clear about the upcoming box office duel between Stephen Chow's Journey To The West and Soi Cheang's The Monkey King. There's going to be a lot of dodgy CGI.

Both based on the same popular legends, Cheang's Donnie Yen starring project was first to get some actual footage to the fans (an earlier teaser for the Chow film featured no actual footage) and the fan response was less than impressed. Now Chow's Shu Qi, Bo Huang, Zhang Wen, Show Luo and Chrissie Chow starring effort - written, produced and co-directed by Chow with Derek Kwok - has followed suit and I fear the result will be the same. We get our first look at some key characters here and while the physical makeup effects appear better the CGI is still not good.

Check the teaser below.