Watch U.S. Trailer For Stephen Chow's JOURNEY TO THE WEST 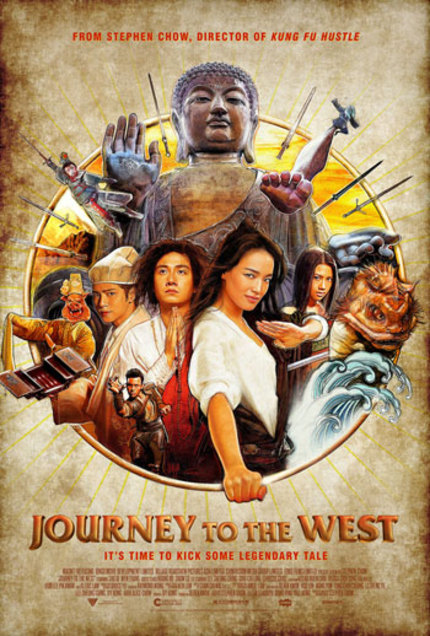 Stephen Chow's Journey to the West has its U.S. release set for theatrical and iTunes/On Demand releases on March 7th. We love us some Stephen Chow so any new project of his is met with great enthusiasm and by all accounts Journey to the West will not disappoint. We have a freshly cut U.S. trailer and poster to share with you. You will find a larger version of the poster below. Love that penciled finish to it.

This is a world plagued by demons, who cause its human inhabitants unspeakable suffering. Young demon hunter Xuan Zang, fearlessly guided by his belief in "giving himself for the greater cause", risks his all and conquers a water demon, a pig demon and the demon of all demons, Sun Wukong. He embraces them as his disciples, and melts them with love. Meanwhile, Xuan Zang discovers the true meaning of Greater Love himself. In order to atone for their own sins and save the common people, the four of them embark on a journey to the West that's full of challenges...

Our own Kwenton Bellette saw this last Spring and had this to say...

Journey to the West is such a sublime crowdpleaser, despite the fact that it shifts into dark and scary modes. going places blockbusters do not dare to go, with all guns blazing. The comedy here is for all tastes and the majority of the film will be appreciated overseas. Do not miss this undeniably fun and striking adventure-comedy masterwork. 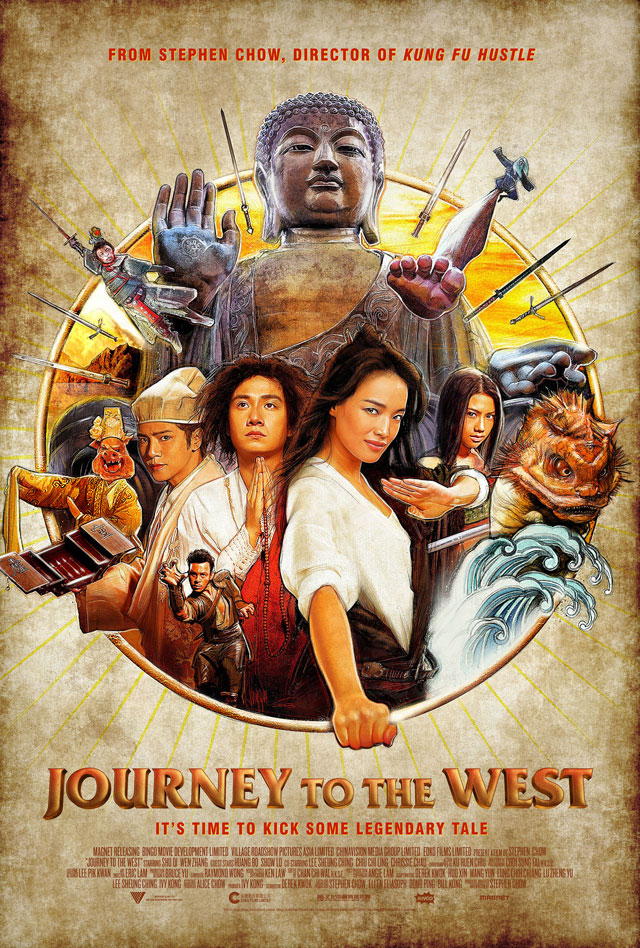 Do you feel this content is inappropriate or infringes upon your rights? Click here to report it, or see our DMCA policy.
journey to the weststephen chowtrailer