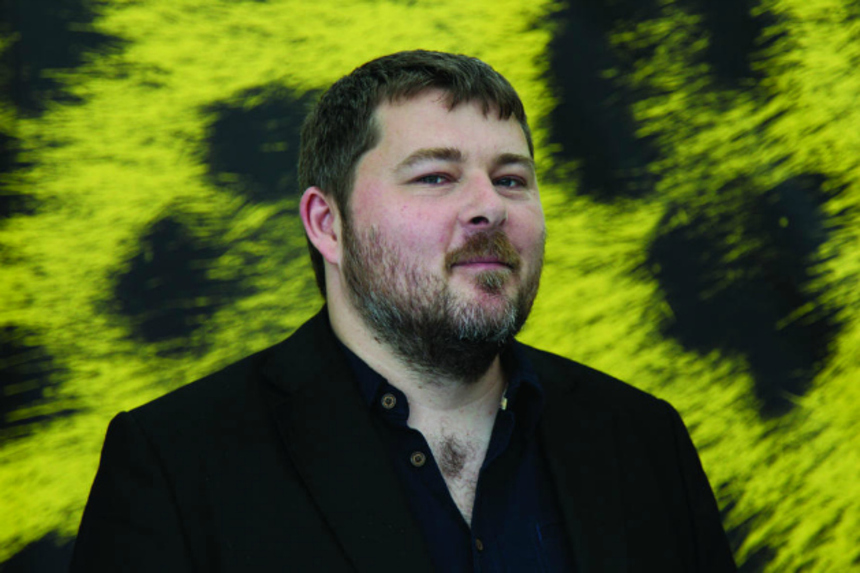 Sightseers is the latest twisted horror comedy effort from Ben Wheatley. After a strikingly original debut with a crime family in utter dysfunction with Down Terrace and then having shocked festivals with the brutal and unforgiving Kill List, he turned his attention to direct Sightseers which combines the best from both of those films. With the help of a passionate comedy duo and additional script writer, Wheatley has made his most accessible but still downright disturbed feature yet. I had the great pleasure to chat with the man and ask him a few questions about Sightseers and his process in general.

To me SIGHTSEERS was the culmination of DOWN TERRACE'S familial blackness and KILL LIST'S brutal violence, kind of the best of both worlds. Would you liken it to that?

Yeah, definitely. I mean there are those elements in that definitely. Down Terrace has that family element and focuses a lot on relationships, and Kill List is a more violent affair, with the hammer murder in that, yeah it's a fair thing to say. The elements that kind of join them are more of a matter of sensibility, kind of like a slider alternating [between] serious and darkness and there was that sort of different setting on each of the movies, but also the intentions underlying it, you know the engine of this film. Kill List is a horror film, Sightseers is a comedy-horror, but really no more than a Hogan or Gilliam movie. Sightseers is a bit more general horror, Kill List understands the language of horror better but Sightseers is more general because of the comedy and that sliding scale of the sensitivity to violence and how that violence is depicted.

A large number of people I've quizzed about the film said in some sense that it made them feel sick and these are people that can stand really gory films. Would you say then that this is due to the simple story of a couple in crisis is so relatable that the murders just turn some people off?

Hmm, the closest thing I can think of in regards to this is the film Man Bites Dog. You know it's funny, it's jovial and the story romps along, so when the violence happens and we are in that mode of appreciating the characters from what has been presented, we become implicated, morally we feel bad.

Alice Lowe (Tina in the film) states that your films are like theatre when you're shooting. What inspires this intense approach to directing, which I felt was almost claustrophobic in DOWN TERRACE as well?

The core part is the acting. You can have a great script, a great premise, the biggest budget, but it all means nothing if the performances are bad. It doesn't matter you know? To stop the moment and the scene, to break the moment of acting is shifting focus on the core part. We kept on rolling to get the strongest performances.

SIGHTSEERS underlies the cause of Tina's problems, but it is never really clear what spawns Chris' killer instinct. Would you care to elaborate?

He's a pragmatic guy, but he's also an angry guy and he contradicts himself a lot. A lot of it is made on the spot - unpredictable rambling, life in general really - you can't rationalize it, if you could he wouldn't be the way he is, don't even try to.

Alice said that you added the flashbacks and dream sequences to the plot, did this include the incident of her dog as that's really integral to Tina's story

Amy Jump came onboard and helped to rewrite the script. It got reworked and the characters were always there we just had to elaborate on it, but her involvement [was the catalyst for the additional details].

I hope you have seen WOLF CREEK. I think SIGHTSEERS might do to the UK what that film did to Australia in terms of tourism, but I suppose the film depicts a sort of waning enthusiasm for these lovely places today. Was that intentional?

Hmm (laughs) did Wolf Creek really affect the tourism there? The audiences here have been loving it. Not at all, not at all [it wasn't intentional]. Some of the reviews for Sightseers go "oh these terrible, tacky places" but it was not my intention to be so cynical about these lovely spots, I mean you'd rather to go somewhere else?

You can certainly balance horror and comedy extremely well; are you interested in branching out into other genres?

Well A Field in England is a costume-drama, combining psychedelic exploitive elements of Corman films of the 60's and cowboys. Freakshift is science-fiction and has a lot of Carpenter elements; neither is horror-comedy essentially.

Your short film U FOR UNEARTHED was one of my favorite segments of THE ABCs OF DEATH. Tell me a bit more about the production.

It was shot in January and February this year. We'd just locked the edit on Sightseers, so it was in-between when we were readying it for Cannes, and we delivered it to the ABC's guys for March.

Although your upcoming film FREAK SHIFT is a mainly American production you're still shooting in the UK, why is that?

That's the plan at the moment, but who knows. It is set in an alternative future in America somewhere, but there is no need for US location shoots. I don't necessarily want to travel I have my family here and crew here.

Running out of time I threw Ben what could be considered a curveball of a question, but this supposed ideology of the director had been established by fans for a while now and I wanted to see what he thought about it.

Would you say your films are anti-establishment with the likes of early Ken Loach and Mike Leigh or you don't concern yourself with the politics others have read into your films?

I think Loach and Leigh's politics are very much their own and very particular to the films they made in that particular period. I try to make - well I guess it's a similar deal with class stuff and the reality of living in England today, but I really try to make my own films the way I envision them.

Sightseers is out in Australian cinemas from Rialto Distribution on Boxing Day.