It's always someone's first time: in this case we're looking at first-time filmmakers and performers who made their mark in 2011. 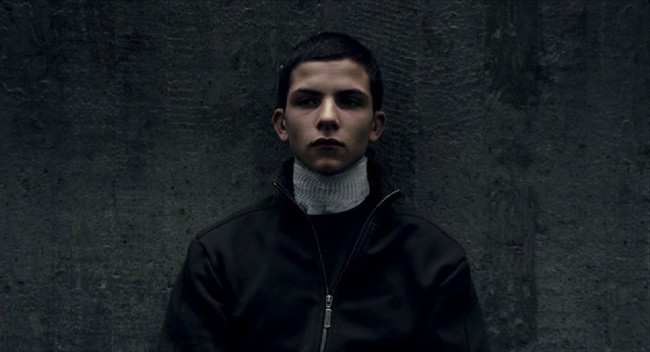 Jean-Baptiste Leonetti's Carre Blanc is the sort of film that struggles to find distribution in today's market and that's a crime because it is the most striking and self assured picture of the year, one that knows absolutely what it wants to be from moment one and hits all the marks perfectly, current trends be damned. I've been pitching this to people all year as George Orwell as filtered through Andrei Tarkovsky and I see no reason to stop now.

Richard Ayoade is best known for his role as nerdy weirdo Moss on UK television's The IT Crowd, and while he has directed television and music videos, Submarine is his feature film debut. And what an amazing debut: his story of young Oliver Tate's quest to lose his virginity, at the same time as watching his parent's marriage disintegrate, is poignant without lapsing into cloying sentiment. Ayoade's teenagers are far more real in their knowledge-without-maturity existences, and the use of location shootings and more natural sets and costumes make it far more stylish and interesting, due to this lack of gloss. The wit of the script (adapted from Joe Dunthorne's novel) is matched by Ayoade's sharp eye and his casting skills. The film is entirely unexpected and a bittersweet journey, and one of the best feature directorial debuts I've seen in a long time.

Okay, doing a little bit of cheating here. These films were two of the most impressive I saw all year, and lucky for me, they were both helmed by first-timers. So I'm lumping them together and giving you a two-for-one. There is some seriously assured filmmaking being displayed by both of these directors, and they coax some seriously great performances out of their leads.

Bullhead is a dramatic coming-of-age crime story set in the illegal hormone-soaked underbelly of the Belgian meat industrial complex. Matthias Schoenaerts gives an impressive performance as Jacky Vanmarsenille, an emasculated juice-head learning the family trade. He gives off a distinct Tom-Hardy-in-Bronson vibe, and you know that's a good thing. From moments of quiet insecurity to moments of blazing rage, he is part of what makes this film so captivating.

Tyrannosaur involves yet another wounded character who can go from zero to sixty in the sip of a pint. Peter Mullan plays Joseph, an alcoholic widower in a self-destructive spiral who gets one last chance at redemption. Yeah, you've seen it before, but not as heart-wrenchingly honest as this. No emotional manipulation here. Just raw, exposed nerves and people who need people. Streisand would approve. Mesmerizing. 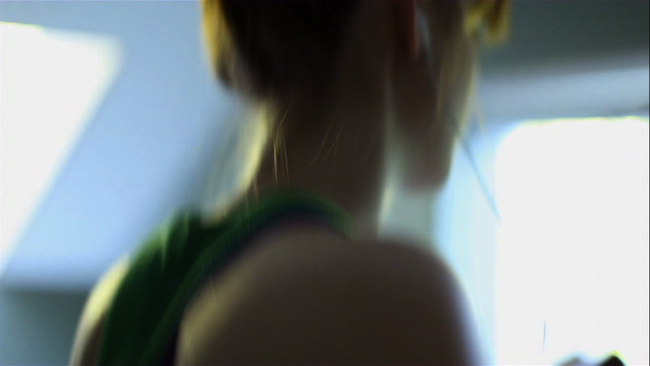 There's no or here, this is for filmmaker and performer, more specifically Mark Jackson and his leading lady Joslyn Jensen in Without: 2011's best debut and undistributed film. Nowhere else last year did I see such true independent spirit and vision cultivated and executed than in the craft and dedication of Jackson and Jensen's collaboration. As a young woman full of grief (and perhaps guilt) Jensen exudes a fragility that threatens to break the sound barrier, that's how topsy-turvy this Polanski-esque affair is. In turn, Jackson tightens his directorial reigns, weighting and compressing the frame to near nightmare, just as much as he keeps things airy and ambiguous. In short: it's complex, nuanced and assured stuff from both sides of the camera--essentially all the signs of two artists stepping into the limelight fully formed.


Runners Up: Jacob Wysocki for his performance in Terri

With poster artwork that evokes the 1980s films from Poltergeist to Fright Night, imagine my surprise upon discovering Marianne was a very restrained drama with elements of the supernatural to underscore what the main character--a guilt-wracked father--is going through. A film that subtly uses the language of domestic drama to craft a realistic and true horror film is a brave thing to attempt with a first feature. Far too restrained for the genre crowd--even by the high standard of drama-before-horror set by its Swedish cousin, Let The Right One In--Marianne nevertheless is a deeply satisfying debut, and I look forward to anything and everything that is captured in the future by Tegsdedt's DSLR.

Hobo with a Shotgun (Canada)
Jason Eisener
by Josh Hurtado

Jason Eisener was no stranger to the pages of ScreenAnarchy by the time Hobo with a Shotgun debuted at Sundance this year. We had already showcased his brilliant Treevenge short as well as his contest-winning Hobo with a Shotgun short. However, that wasn't a guarantee of success when it came to feature filmmaking. Fortunately, Eisener showed real talent when he finished the film and unleashed it on a world not used to this kind of sincere sleaze anymore.

Hobo with a Shotgun is a warning shot to all the filmmakers out there trying to cash in on the "grindhouse" phenomenon. These films can be done correctly, one's tongue doesn't have to be poking through one's cheek all the time. Real exploitation is nasty, mean-spirited, and ugly, but still fun for the more fucked up connoisseur or trash cinema, and Eisener gets it. I can't wait to see what he comes up with next. 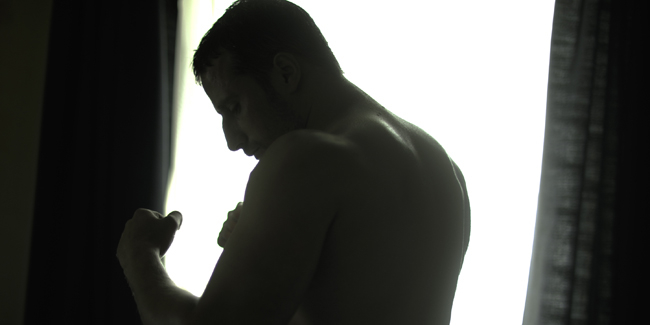 In a year of so many fantastic debuts by young directors around the world it was almost impossible to single out just one, but Michael R. Roskam's dense, riveting crime drama has caused shockwaves wherever it played and for good reason. Not only is the story a gripping gangster feud set within the Flemish cattle market community a truly original spin on organized crime in cinema, but at its heart is a tragedy of Shakespearean proportions, in which a hulking tortured soul wrestles to come to terms with his own identity. Roskam intertwines a number of plot strands together with immaculate ease, drawing his audience into a world about which they probably knew nothing at all and making us feel for his damaged hero even as we cower in fear.

Runner up: Special Mention must also go to Israeli duo Aharon Keshales and Navot Papushado for their incredible horror flick Rabies, which beautifully defies the expectations of even its most savvy viewers with its smart, blackly comic script and knockout execution.

The title says best debut from a filmmaker or performer, but this one is too close to call so I'm giving it to both director Michael Roskam and his star Matthias SchoenaertsOkay, okay, Schoenaerts has done a fair amount of acting in his native Belgium--but I sure as hell haven't seen anything he's done. There was plenty of buzz at this year's Fantastic Fest for the Belgian bovine hormone trade crime drama, but apparently not enough. When I finally saw it, I was completely blown away. "This is Roskam's first feature?! And who is this Schoenaerts guy? He's going to be a star!" Word is that Schoenaerts speaks pretty good English--which could mean very big things in the future, for both him and his brilliant director. I can't wait!

Roskam comes out of the gate with a mesmerizing film experience that feels both intensely personal and observationally precise. On the visual front, the imagery is well-chosen and balanced between the prosaic and the poetic. On the narrative side, the film continually pushes forward without feeling rushed. 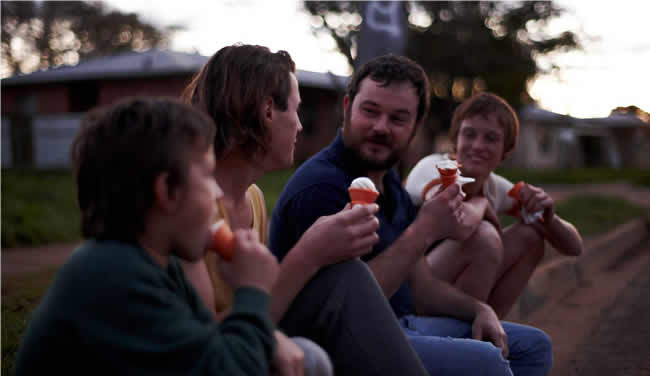 Wow, this tale of a group of young, impressionable brothers and their single mother who become involved with a man who becomes a surrogate for the missing father and husband, but turns out to be a psychopath, is strong stuff, indeed. Snowtown was directed by first-timer Justin Kurzel, and is in the same vein as films like At Close Range, Animal Kingdom, and Dead Man's Shoes. Violent, gritty, and surprisingly poignant, it's a tense crime/revenge flick that offers a more realistic and subtle look at ignorance and poverty than most films of its type. As a filmmaker, Justin Kurzel arrives fully formed, and I can't wait to see what he does next. 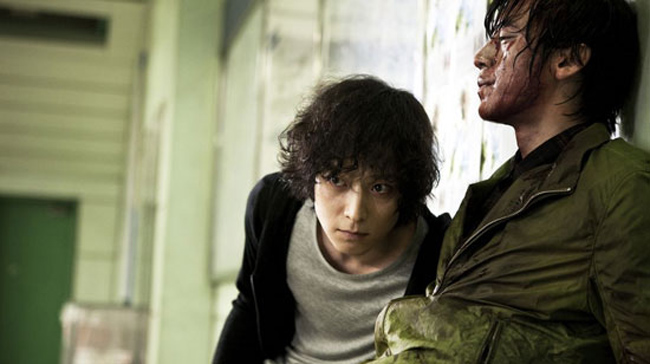 Ugh, Haunters, you still have a terrible, terrible name, but man were you one of the genre movies I couldn't stop thinking about over the course of the last year. Directed by Kim Min-Suk, screenwriter of The Good, The Bad, and the Weird, it's one of the best and most assured summer popcorn movies I've seen out of Asia in a while. Blending a sci-fi premise about a wicked, crippled young man who can control people using his eyes with the sweet misadventures of a simple guy (maybe even something of a simpleton) immune to our villain's powers, under Kim's direction Haunters juggles its thrills, action, horror, and carefully-deployed CG confidently. Japan's most recent crop of blockbusters--which have of late becoming increasingly po-faced and generic--could take a lesson or two from this low-key film with high emotional stakes.