Some films just couldn't, for whatever reason, quite hit the mark. Whether it just didn't meet the high expectations set by the combination of talent in front of and behind the camera, or was simply a good idea poorly executed, these are our Noble Failures of 2011.

I feel the need to preface this by stating that I am a lifelong fan of Lars Von Trier, one obsessive enough that I even have a VHS tape of his student shorts tucked in a closet somewhere. While I've always understood those who leveled criticisms against him, I've always been one to defend the man and his work at least until screening Melancholia in Cannes. To be blunt, I hate this movie. It is the most passive, self indulgent, whiny thing to hit screens in 2011--a purely surface treatment of themes that Von Trier has handled far better in earlier work with a message that basically boils down to "My rich family doesn't love me enough so I'm going to sit here and do nothing except wait to die." And he makes us sit through two hours of this. Ugh. 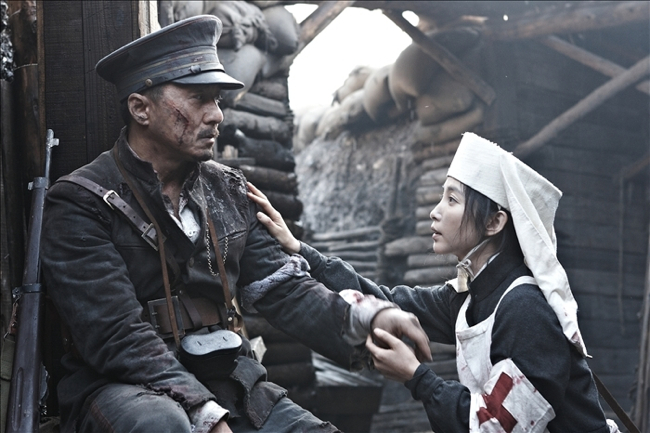 Jackie Chan's 100th film should have been cause for celebration, or at the very least been an entertaining action comedy in which he revisited the style of filmmaking that made him a cinematic icon. Instead he opted for a staid and downright boring militaristic period piece that was just another breast-beating flag-waving propaganda flick from the Big Chinese Movie Machine. Chan also served also as "General Director" on the film, but nowhere can his fingerprints or signature style be seen in this film, which eventually sidelines his character in favor of Sun Yat Sen and makes the whole joyless experience incredibly tedious. A major disappointment that will be best forgotten, rather than long-remembered as an impressive landmark in a long and successful career.

This was a very disappointing surprise. While I don't love all of Cronenberg's films, I couldn't think of one that I thought was genuinely bad, until now. How did this happen? How can you combine Cronenberg, Michael Fassbender and Viggo Mortensen, in a film about the brilliant yet flawed minds of Carl Jung and Sigmund Freud, and come up with this? And even though Keira Knightley (in my mind) is not a strong actor, and Christopher Hampton's screenwriting work contains a few big misses among the hits, it still makes no sense. This should have been an intense investigation of the early days of psychoanalysis, with scenes of conversation between Jung and Freud that would chew the scenery. Instead, it is beyond boring. The only great scenes come from Vincent Cassel, who does his best to save the film with a speech about sex. I should have left the theatre when his character left the film. 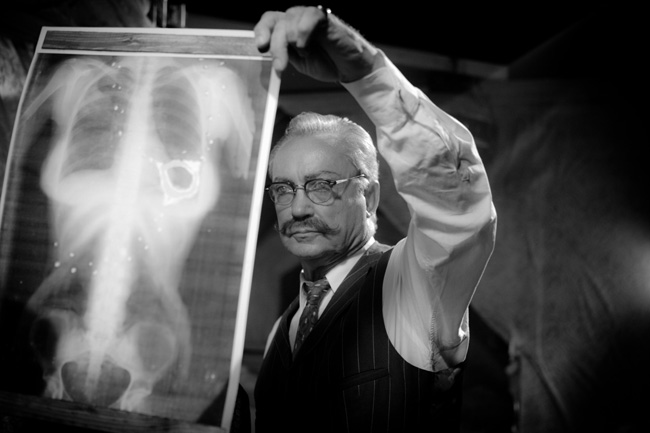 Keyhole is in every way a Guy Maddin movie. The film is literate, lurid, silly, melodramatic, esoteric and funny, but every beat, every actor's performance, every stylistic flourish, the cinematography and editing is simply... off. Maybe it was shooting it on a DSLR instead of his usual vintage equipment, maybe it was the expanding up the film from its more modest home as a pastiche short. Whatever the reason, this film is what no Guy Maddin film has been up to this point: A slog. As somewhat of a super-fan of the director, as painful as it was to sit through, as painful as it is to write this, I am hoping that Maddin can bounce back with his next one. 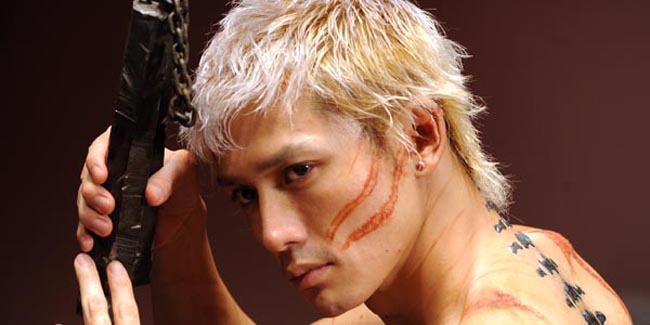 There are a solid handful of movies I'd love to use this space to bitch about, but only one that made me so angry I actually questioned my decision to pursue a career in film. That film is Japanese director Katsuhito Ishii's Smuggler. The story starts out quite promising with a pulpy yakuza crime feel involving two rather compelling assassins Vertebrae and Viscera. Unfortunately, about three-quarters into the film, Ishii takes a left turn into a very graphic and hard to stomach sequence of torture porn (yeah, I get that some people don't like that term, but that's what it is). The real crime is that Ishii is inflicting the pain on the protagonist we have spent the whole film learning to feel empathy for. Ishii isn't saying anything about the torturer--he's simply saying, "here's how uncomfortable I can make you feel." It's disgusting and made me extremely angry--especially since I went in expecting the whimsy of Ishii's wonderful film The Taste of Tea. Swing and a big miss.

For its first hour, the film is abrasive yet compelling, and then it all falls apart and punches itself in the face out of spite. Until it turns ugly for the sake of being ugly, though, the oddball narrative rhythms and unpolished performances show that Glodell is really on to something different, which makes the latter half all the more disappointing.

I know this film has gotten a lot of love here at ScreenAnarchy, so I'm picking it partially out of impish contrarianism. I'm a huge Iglesia fan, and Circus is light-years better than The Oxford Murders, but it just isn't the return to form I was hoping for. It's got a number of great set-pieces- the opening scene, especially- but they don't add up to a cohesive whole. On the Blu-ray bonus features Iglesia even says the film started out as a bunch of disparate ideas that he had to paste together. In my limited experience, that's not the best way to go about constructing a solid narrative.

On top of that, I wasn't a fan of the action-packed, Hollywood style ending. Straight-up action just... bores me. So take it for what I won't. In my mind, this is a valiant effort, and Iglesia is at the height of his technical prowess, but a film like this needs a more focused story, methinks. 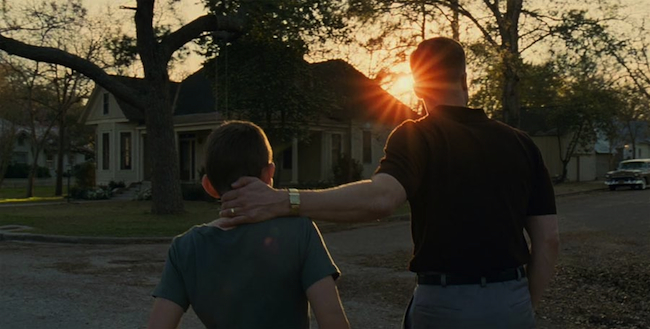 In a year full of films that left me in complete awe of the celestial and spiritual, it is unfortunate then that Malick's long-anticipated journey through boyhood and the cosmos left me utterly indifferent. Early on in the building buzz for The Tree of Life I decided to go dark, to not see nor read a thing about it. Alas, staying clean, and in a way creating my own insulated hype, might have actually hurt my chances of loving the film. Now don't get me wrong, Malick is earnest and well-meaning in his ambitions. But these sentiments alone do not warrant greatness. To me then, The Tree of Life is the noblest of failures.
Runner Up:X-Men: First Class

AR Murugadoss's follow-up to Ghajini was a film in which I had high hopes. Unfortunately, it fell flat due to the inclusion of ridiculous masala conventions and ill fitting musical numbers. There was a ton of potential here, but whereas I expected this one to outshine the bigger budgeted Ra.One, it was the latter film that ended up being the Indian sci-fi extravaganza of 2011 for me. Oh well, can't win 'em all.
Josh's 7AAM ARIVU (THE SEVENTH SENSE) Review 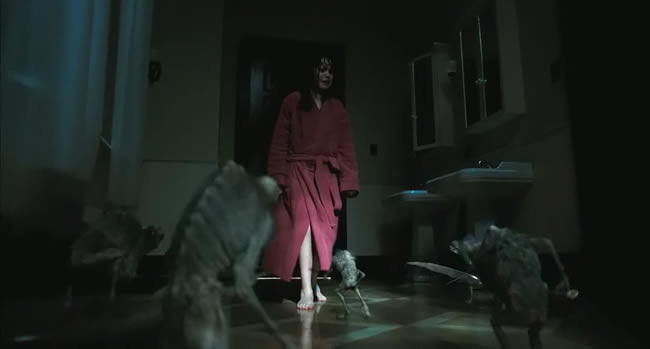 Don't Be Afraid Of The Dark
Director: Troy Nixey
by Sean Smithson

As a kid, I watched the original television horror film premiere through terrified little fingers, as Kim Darby was dragged down into the cavernous depths beneath her inherited home, by ancient family members who have somehow become tormented imp-sized prune faced demons. Sounds silly, but it was a creepy little flick many of us have remembered through the years. So when Guillermo del Toro announced he would be producing an update, to be helmed by one of my favorite comic artists, I was very excited.

Then... what we got was yet another story about another little girl (instead of a neurotic housewife like the original) in peril, at the hands of a mystical and malevolent force. The film itself is lovely to look at, with its gloom and gothic trappings, and the performances from Guy Pierce, little Bailee Madison, and Katie Holmes are all very good. It seems some of the terror was sacrificed so it sits neatly in place as far as del Toro's slowly building mythical oeuvre. Again, a little girl, and even some faerie-like creatures that eat teeth. It's pretty, but way too familiar. Remember the title of this category too, "Noble" Failures. Let there be no mistake, this is still worth a double feature night.

A film set up to include babes, zeppelins, zombies, babes, robots, videogame tropes, babes, dragons, guns and nearly every other fetish known to adolescent males, executed with a huge budget, and utterly dependent on excellent set design and special effects. How could I not love this?

Well, director Zack Snyder managed to throw in every single mistake he's been accused of in his earlier films, and this time he didn't come up with the magic which made those films work anyway. Sucker Punch is undeniably cool at times, and this is a great film to watch a few small pieces of, but the overall narrative never tallied up to any sort of whole. I'm not even going into the discussion of whether or not it was politically incorrect, I'm just mad it didn't engage at all! The most spectacular set-pieces were rendered limp through a total lack of any sense of danger, while the dreary parts were too mean-spirited and fake to admire. After seeing the teasers and designs, the final film left me feeling... not even suckerpunched. Just strangely empty.

Joe Wright's first action feature Hanna was one of the movies I actually quite liked a lot in 2011--if I were to make a numbered list of favorites it'd definitely be in the top 20. Still, that doesn't mean that it's not a flawed picture, using its Grimm's Fairy Tale motif to paper over what's essentially a fairly thin plot, particularly the big reveal about Hanna's special origins (given away the first time DNA sequences are mentioned). Likewise, when Wright goes full-bore with the fairy tell elements in the finale--set at a house dedicated to one of the brothers Grimm--it all feels so terribly on-the-nose and removes some of the tension out of the last, brutal game of hide and seek.