In some cases it's a case of overcome expectations, in others it's a movie or filmmaker that somehow came in under the radar, but all of the following selections were our ScreenAnarchy contributors' Biggest Surprises of 2011. 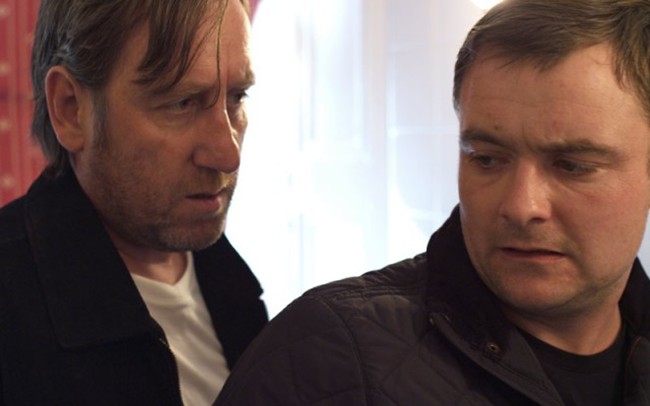 Before appearing in Ben Wheatley's Kill List star Michael Smiley was seemingly destined to forever be Tyres from Spaced. Yes, he's done lots of other work--he's never stopped, really--but up until now his on-screen appearances have always been met by those in the know with a "Hey, hey!" No more. Smiley turns in a devastating, nuanced performance in what is arguably the best UK horror film since The Descent--some would say longer--and has a British Independent Film Award to his credit as a result. 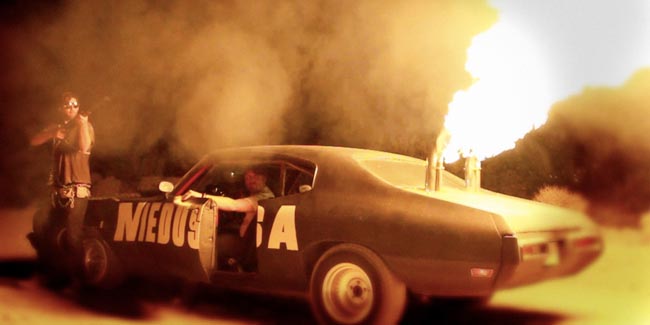 There are quite a few reasons to choose Bellflower as the biggest surprise of 2011. First and most obviously, no one had ever heard of director/star Evan Glodell when he showed up at Sundance with his high-octane relationship drama. That Glodell was responsible for building the cameras used to shoot the film came as a further surprise. A remarkably tiny $17,000 budget for the film still has heads spinning with surprise. More eyebrows were raised when indie distrib Oscilloscope swooped in with a big buy at the tail end of the Park City fest. And a final surprise came when after running a fantastic festival campaign throughout spring that saw muscle car Mother Medusa hit SXSW, San Diego Comic-Con, and more, Oscilloscope seemed to get cold feet, dropping their support for the film and seeing it limp to a paltry $168,000 box office tally. But even with all those surprises, the single most surprising part of the year of Bellflower, for me, is just how much the story has stayed with me. I find myself thinking about the blossoming of Woodrow and Milly's love and its tragic demise all the time. It's a surprise, but this is a truly great film.

Who would have thought that a Columbian director could bring us the ultimate 19th Century British time-travel meta-narrative featuring an Oscar-caliber performance from Glenn Close? Not me, that's for sure. But that's exactly what Rodrigo Garcia has done.

It's hard to tell from the trailer, but Albert Nobbs is the true story of an androgynous shape-shifting alien playing an Irish woman pretending to be a man. Glenn Close is exquisite as Deep Space Nine head of security Odo as Albert Nobbs. It's amazing that she didn't lose herself in the wormhole of all those layers. But she manages to come out the other end, psyche unscathed, pulling off a tightrope act that is subtle, nuanced, and methodical. She is the Philippe Petit of acting. Consider yourselves Nobbed.

I first read about Underwater Love with everyone else prior to its premiere at Tribeca earlier this year. I thought it would be a lark, a goofy sex film about a mythological turtle-guy. However, this film ended up being so much more than that. I first caught the film at Fantastic Fest in September, but upon revisiting it to review the DVD, it hit me what the difference was between this and other softcore films I'd seen. Underwater Love has heart, and a big one. It's an unrelentingly charming film brimming with good feelings. Seriously, it's not all Kappa dong, check it out! 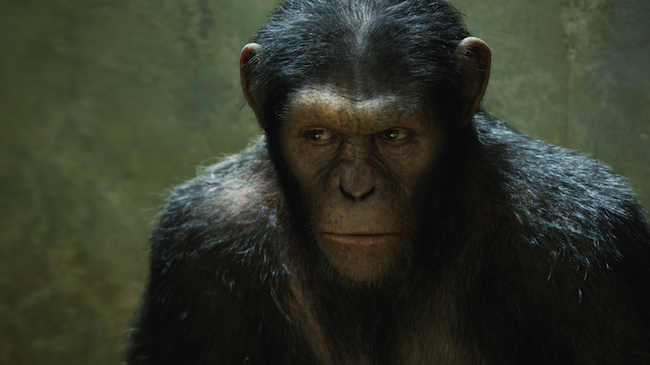 Rise of the Planet of the Apes (U.S.)
Director: Rupert Wyatt
by Ben Umstead

Had you told me at the beginning of 2011 that I'd find this Planet of the Apes prequel/reboot a wildly entertaining, emotionally affective, and indeed very intelligent studio production, I would have balked at such a comment and asked what kind of James Franco-endorsed weed you'd been smokin'. Come August though, and most of us "high and mighty" film types had to swallow our pride with this one. Now while RotPotA isn't without its faults (most anything concerning its human characters), Andy Serkis' motion capture performance of ape protagonist, Caesar is nothing short of an astounding achievement and collaboration with the folks at Weta Digital that finally convinces me when in the right hands, this kind of work deserves awards *cough* Oscar *cough* recognition.

If we are completely honest, I don't think anybody was that surprised that WETA and Andy Serkis were able to pull off a wonderful onscreen ape performance in Rupert Wyatt's reboot of the 70s Planet of the Apes, it's the fact that everything else worked as well as it did that nobody was expecting. Those old movies, after all, are fun and endearing but they're very much "of their time" and need to be viewed with a fistful of salt if they are to be enjoyed today. What Wyatt has done here is make super intelligent apes believable in a world we recognize as real--albeit one in which James Franco works on the cutting edge of molecular biology. What was supposed to be a playful experiment, a modest success at best, but certainly nothing to be taken seriously, turned out to be the best of the summer blockbuster and the very likely recipient of a Best Visual Effects Oscar at the very least. 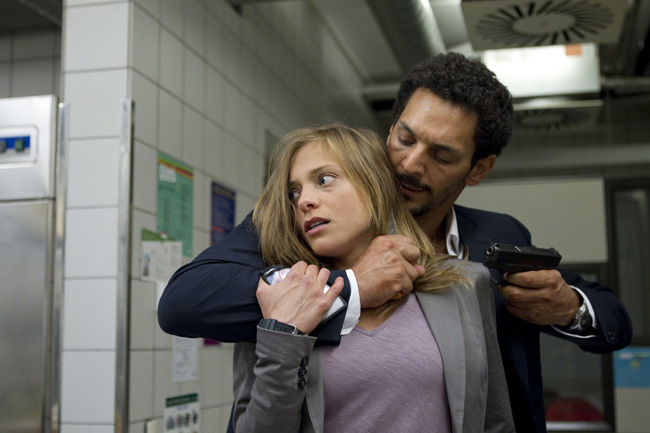 The logistical challenges that make up an action driven chase film set almost completely inside a mega-sized nightclub--camera placement, sound continuity, controlling the tightly packed horde of extras and communicating the complicated geography of the place to the viewer--are gleefully exploited in Sleepless Night. Hell, director Frederic Jardin not only rises to the challenge, but throws laughs heartily in the glory of what is possible with this basic genre concept. He layers in a sack full of cocaine, a dozen or more mobile phones, wardrobe changes, and a teenage hostage that shift locations as often as they change ownership. The mind reels thinking just how damned well this is executed. You would think with all that attention to detail would be enough, but then Jardin throws in some real heart with the arc between Vincent and Thomas, proving that the relationship between father and son can be the knottiest one of all. As action pictures go, this is a complete and satisfying package that will make genre aficionados and general audience alike, stand up and take notice.

I went into watching this strictly as if I was buying a mental cheeseburger, and that's what I got. But in the middle of another fart humor flick for the mid-life crises set, one of my least-liked actors pops up and gives one of the greatest character performances of the year. I'd like to speak to Colin directly now readers, so bear with me: Colin Farrell, if you are reading this: ALL IS FORGIVEN, BUDDY! Through the character you created in Bobby Pellit--the spoiled cokehead son who undeservedly takes over his deceased father's business in Horrible Bosses--I can now understand your satirical and maybe even iconic reading of Sonny Crockett in the debacle that was the big screen version of Miami Vice. I get it now! I get it!

Best while working underneath a goofy haircut, seriously, whodathunk Colin Farrell would be the funniest thing on screen this year? Hold the Fright Night jokes!

...or, "The director of Torque makes an audacious sci-fi, time-traveling, high school-set slasher with a very funny performance from Dane Cook." I'm actually a fan of the goofy, no-thoughts-but-speed charms of Torque, so maybe I was primed to like Detention from the get-go. And it's definitely a movie that will be a challenge to some audiences members, operating as it does as a rapid-fire, Twitter generation pace of Howard Hawks-speedy dialog (imagine that collision of styles), filled to the brim with asides, deviations, and films within films within films, ultimately skirting just this close to too clever by half. Kahn's young cast is more than up to the task as a group of high school students being picked off one by one by someone dressed as a horror movie serial killer while an end of the world scenario plays out in and around the rest of the movie. Gory, funny, smart, and visually inventive, Detention is one of this year's movies that I can't wait to revisit.