Interview with director of MARTHA MARCY MAY MARLENE Sean Durkin 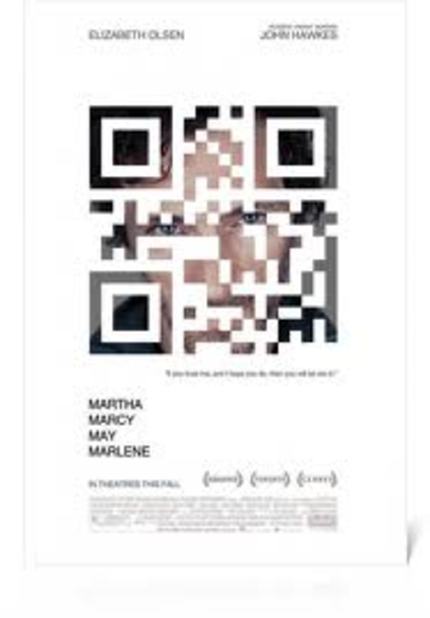 Martha Marcy May Marlene marks the feature debut of Sean Durkin and although it has some divided over how good it is there is no doubt that many have found it highly compelling. The film tells the story of a young woman recovering (or not) from time spent in what can only be called a cult yet as her memories of the time she spent there collide with the reality of her sister and brother-in-laws search for disconnected  suburban bliss she starts feeling trapped all over again.

DC: Your movie features this person who seems to be looking for some sort of authenticity that can be validated by someone outside herself. But she loses her individuality in the process. How has that battle between individuality and community played out in your personal life?

SD: I went to religious schools as a child and really rejected it. It was funny. My family wasn't religious but they sent me there. Even as a young child I saw the disconnect. We would be having a time of prayer and I would think, "Why is everyone saying these words that they don't seem to mean." I didn't hate going to school there, but it wasn't until later in my life I began to recognize the need everybody has to feel like they belong to something bigger than themselves. I remember going to soccer games at one point in my life. I'd be in the stands screaming along with everyone else and then I'd realize it was almost a religious thing. It was certainly communal on some level. So for everyone, I think we find that. For some it's church, for some it's their job, their peer group. Any of those expressions can be great but all it takes is for one person to rise up, take control in certain ways and those expressions can become really destructive.

SD: That was a conscious choice. I didn't want people stumbling over the religious issue because the film is about other things. Why does this character want to be part of this group? Why does she leave? What are the things that keep her and her sister from connecting on a deeper more nurturing level. At the beginning the cult clearly provides something important for  Martha that she hasn't found anywhere else.

DC: That's a big movement in America right now. How to leave out the religion and maintain a sense of the spiritual. Martha seems lost between these two worlds. She can't please either one well enough to be left alone. When you were writing the screenplay did you ever toy with the idea of her finding that place and being able to stay there?

SD:  No. The film is about Martha at this time of her life. It's a short period. I wanted to be as real about that as I could and still tell a story. When you talk to people who've had these sorts of experiences it's amazing how little immediate change there is. They usually struggle for years to emerge as whole people again. Sometimes they just never do. It's very common for them to simply jump into some other ism rather than really work through what has happened, unpack it and learn from it.

DC: That's sort of the story with Martha and her sister. They both operate out of their peripheral emotional vision. Martha wears her existential yearning on her sleeve, but her sister Lucy hides. She and her husband almost seem to have been spiritually stunted in some ways by materialism and trying to protect some notion they have of a comfortable life.

SD: So often when you're looking at the story of two siblings the central question is if one got to this place how the hell did this other one wind up where they did. Pretty soon what you realize is why families have so much trouble getting along. Once you get beneath the surface you begin to grasp the endless series of variables that make people who they are, even when they live in the same house. I don't think Martha or Lucy are bad people but they are sort of lost, especially in terms of their ability to understand one another and connect.

DC: That's a deep truth. We talk a lot in our culture about people being wounded by institutions of various kinds. But the truth is we are just as wounded, maybe even more at times, by our deepest most intimately individual relationships. Do you see an out for the individual?  Do you think the film ends on too paranoid a note for hope?

SD:  I absolutely believe in hope. I based the story here on research done with real people who'd gone thru these sorts of abusive group experiences. But I also wanted to present their point of view. I wanted the viewer to be able to relate. One of things these people go thru is having others be so clueless about the courage it takes to reclaim your life and your sense of identity after an experience like this. When someone is abused the first thing they lose is their voice. Not just their outer voice but their inner voice.

DC: The open ending suggests the existential again. It's so easy to tie everything up with a nice bow but that isn't real life. Real life is full of open endings, of having to bear with one another in love, nurture, forgive.

SD: When I was being interviewed in Cannes someone asked me where I was from. There's no easy answer to that. We moved around. I often felt like I was from nowhere in particular. I wouldn't say I was an outsider at all. Wonderful upbringing, great parents and friends. But I have lots of questions I don't have answers for. They always catch me short just when I'm feeling comfortable and don't want anything to disturb me.