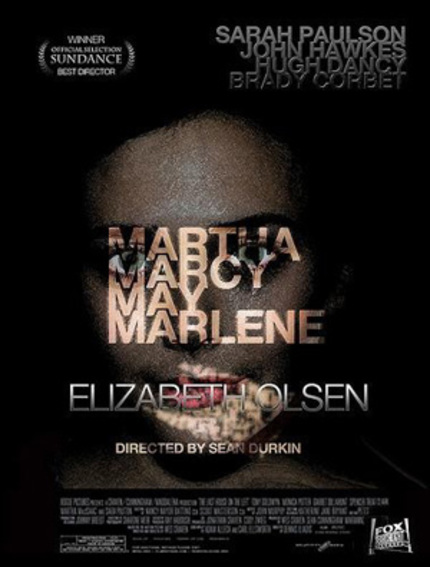 In celebration of the dvd/blu-ray release of Sean Durkin's feature directorial debut, the sombre yet stunning cult film Marthe Marcy May Marelene, he graciously popped by to have a brief chat. Let's be clear, Martha Marcy May Marlene is not a cult film by today's definition. You'll find no stoned teens at a midnight screening here. To the contrary, Martha May Marcy Marlene is a sobering and unnerving film, centering the title characters quiet escape from a small cult, while suffering the repercussions of having her self identity stripped away, and the problems she has adjusting to a so-called normal life again.

Personally, I see similarities to directors like Michael Haneke and later-era David Cronenberg in newcomer Durkin's work, so when he picked up Best Director at the hallowed Sundance Film Festival this year, I had to smile, as Martha Marcy May Marlene (MMMM) was indeed one of my favorite films this past season. 2011 saw other high standard, wrist-slashingly grim films like We Need To Talk About Kevin, and Snowtown released, making it was a great year to feel so bad at the movies. Hopefully MMMM signals the beginning of a long-running career for Sean Durkin, and the output of a filmography worthy of those he brings to mind. Magic 8-Ball says "Chances are good". Read on to hear what the man has to say for himself. 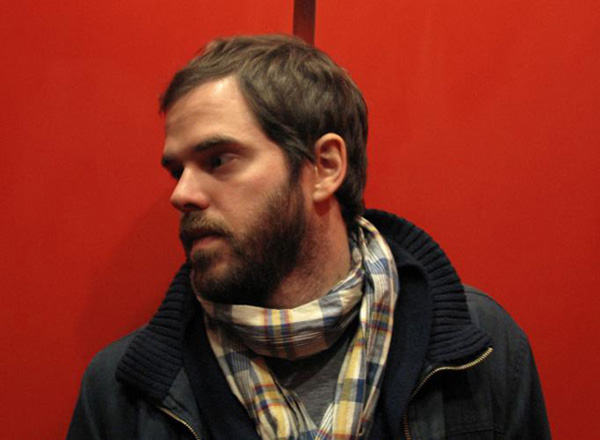 TWITCH - You founded a production company, Borderline, with some buddies, which seems almost like a Silicon Valley think tank model, all of you concentrating on one persons thing, completing it, then onto the next person and their project. I had no idea until this morning, bur borderline's first film was Afterschool , which was directed by partner Antonio Campos and produced by third partner Josh Mond. How does the collective process work between you three?

SD - Well, we were making shorts together, and we discovered that to make films you need support. You can't do it on your own, and we wanted to make features together when we graduated. Antonio had the most experience and had written scripts before, and at that time he was working on writing Afterschool, which we decided would be our first feature. So we just jumped right in, knowing nothing about actually producing a feature, and did it. We figured it out as we went along. Then it was my turn, and I had decided I wanted to make a film about a cult, started doing research, and found a couple of small modern cults I wanted to base some things on, and I started meeting people. As I was writing, there was a year before the film (MMMM) was ready, when Antonio and I met another filmmaker at The New York Film festival, who had a script, so we produced that in the meantime. Then next year my script was finally ready, and we moved onto that, and now Antonio has another script ready. So, it's really as simple as if we come up with ideas and feel strongly about them, we support each other in getting them made.

TWITCH - I grew up in the 70's and even as a kid lived in a commune for awhile with a guy who thought he was Jesus Christ. I also lived through the EST thing. I lived in Berkeley when the Moonies were everywhere...you are a bit younger than me. What brought you to this subject matter? Also through your research, did you find that small cults are still prevalent?

SD - Oj yeah, for sure, there are lots of little cults, still these days. What drew me is kind of hard to say though. I mean, I've always been interested by religion, and by conformity, as well as the fear of conformity. So in some ways it became about confronting that fear. But I also saw the other side of it, I also saw that there are periods in life where you develop new friends and new families, and (thinks momentarily)...I don't know, I just wanted to try to show both sides of it without judging it. Then we got into the darker end of the situation, where someone can take these principles and values, then use them to manipulate people to their own advancement or perversions. For me that's where the fear came in, and I wanted to explore that in particular.

TWITCH - I dig the editing and structure of the film too, which see's the narrative metered out really meticulously. How difficult was that to play with? It's a very subtle film, and this is done quite delicately.

SD - It was actually very difficult. It was also (sighs) such a whirlwind. I mean it was in the script, it was all in there. Or, well, a lot of it. The key transitions, then of course you find other stuff when you're in there going through the footage. It was just this crazy mixing and matching session, but in the editing process we were able to really tighten up the script.

TWITCH - Its impossible in the short time we have to talk about everyone in the cast in our short time, but what a solid cast. Elizabeth Olson, who everybody by now knows is the younger sibling of the Olsen twins, is getting a lot of notice. How did you find her?

SD - I wanted an unknown, someone who had never been the lead in a movie, and we brought in every girl we could find between the ages of 18 and 25 from in and around New York, some people from LA sent in tapes. What made finding the right person a little difficult was I didn't know always know what I wanted for the role, but I knew what I didn't want. I could tell when someone wasn't working, and finally when Elizabeth came in...it was working.

TWITCH - Maria Drizzia, Brady Corbet and John Hawkes are pretty terrifying in MMMM, as the basic core of the cult. With those performances, and the subtle fight or flight scenario of MMMM, I could probably talk myself into believing this is a horror film.Actually I think I have.

TWITCH - That said, I am curious to know how you see it, and how you react to that statement? Especially these days when horror films themselves try to say "Well, it's not zombies..." or whatever.

SD - No, totally. I love horror films! I am just very critical of them.

SD - I love the stuff that builds. It always loses me, you know, when the blood and guts start flying. When it turns into a gorefest I am no longer scared. I love all the tension and build up, that's what scares me. That trait of the genre influences me a lot. I believe in using elements from all kinds of storytelling. But yes, absolutely MMMM can be put into that bracket. You brought up Brady, John, and Maria...I think Maria Drizzia is in some ways the most horrifying part of the movie. She's so subtle and convincing, man, I could have made a whole movie just based on her character. She is an incredible actress. So amazing to me in that role. which isn't big, but her presence is so powerful.

TWITCH - Yes, her character and performance really got under my skin man. Then there's Sarah Paulson playing the title characters older sister, Katie. She really helped center the film for me, and it was cool seeing her do some serious fare. She does a lot of tv stuff. I loved her in the short-lived Studio 60 on the Sunset Strip.

SD - I had been a huge fan of hers as well, since Studio 60. My partner's Josh and Zach watched it too, and we would always talk about how good she was, so when we were talking about casting this our casting director had just seen her in a play the previous year, and said immediately "That's her". SO we decided to just go for it, sent her the script, she liked it then we had a phone call. We got along well, and luckily she said "Yes, I want to do it".

TWITCH - Now you have MARTHA MARCY MAY MARLENE...which you picked up Best Director for at Sundance, and now getting ready to hit home release after a theatrical run. Which leads me to ask, what's next?

TWITCH - That's all we're going to get out of you isn't it?

Click below the break to check out the trailer.