Coogan And Brydon To Italy For Second Series Of THE TRIP? US Version To Follow? 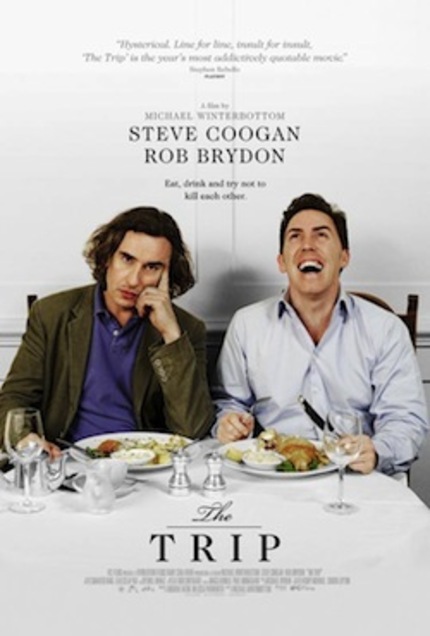 Michael Winterbottom's The Trip was one of the true gems to emerge from the UK in 2010. A heavily improvised affair originally conceived as a six part television series and later cut down into a feature film for international release The Trip stars UK comedians Steve Coogan and Rob Brydon as slightly exaggerated versions of themselves as they tour through northern England on a research trip for a food column Coogan is writing.

It's a hysterically funny experience with some surprising depth to it and it proved enough of a hit that the producers are planning a second course. Producer Andrew Eaton has told Screen that they are currently looking into producing a second series of the show with Coogan and Brydon this time being sent to Italy. He also says that they have been approached by American producers about doing a US version with US actors and says he is open to that. And as long as it turns out closer to The Office than to Coupling I'm good with that.
Tweet Post Submit